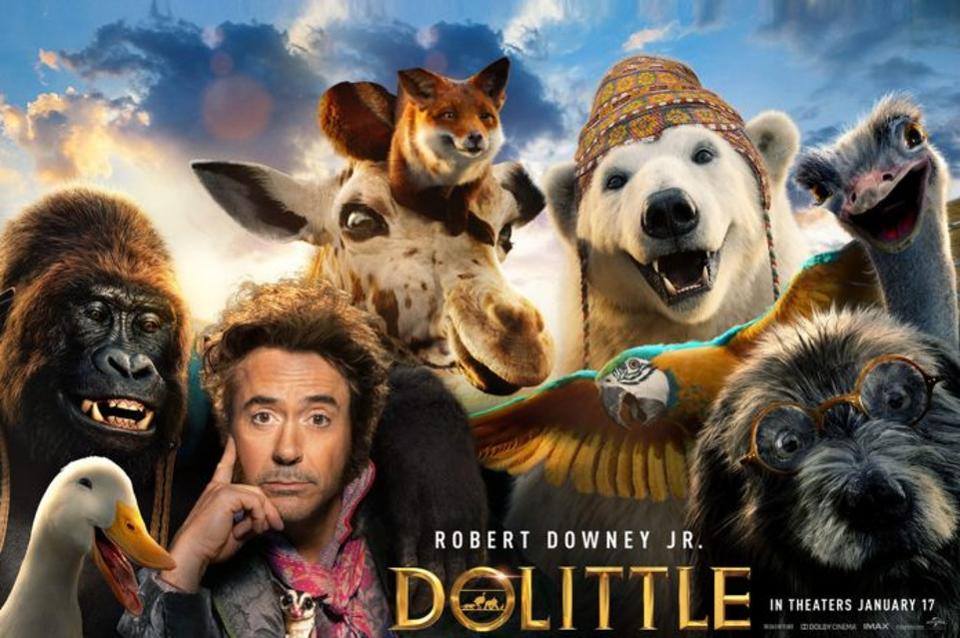 Ever want to see someone perform an enema on a dragon using a leek? Then you’re in for an absolute treat. For everyone else, however, receiving an enema might be more entertaining than this tedious offering.

In a re-imagining absolutely no one was asking for, Dolittle sees Avengers star Robert Downey Jr. don a ridiculously fake Welsh accent as he portrays the life of  “animal doctor” John Dolittle, who has the extraordinary ability to converse with every member of the animal kingdom, stick insects included.

There have been various portrayals of the gifted doctor since the original 1967 version, Eddie Murphy’s Dr. Dolittle being particularly memorable in the ‘90s. In this helping, the now widowed, reclusive former public animal sanctuary owner Dolittle has created a chaotic existence, devoid of all human interaction, with his many animal companions wreaking havoc in his now ramshackle mansion.

Relatively content in his bizarre set-up, Dolittle’s world comes crashing in on him on the visit of two unrelated strangers who, oddly enough, simultaneously sneak into his dilapidated grounds to seek his attention at that precise moment in time. Enter a bewildered Tommy Stubbins (Harry Collett) presenting a half-dead squirrel he accidentally shot in the hope Dolittle can heal it, followed by an assertive Lady Rose (Carmel Laniado) who carries an urgent message on behalf of a dying Queen Victoria (Jessie Buckley).

Summoned to Buckingham Palace and informed that the queen’s expected death will lead to the sale of his land and the demise of his beloved sanctuary, the ever intelligent doctor deduces that the Queen has been poisoned with a deadly nightshade plant, and thus embarks on an arduous trail to find an antidote (the fruit of the mysterious Eden tree), together with his new, self-appointed assistant, Stubbins.

The narrative soon collapses into a generic pirate film, the quest for the treasure (the antidote) leads to a tedious race across the sea between Dolittle and his old rival Dr Blair Müdfly (Michael Sheen). Dolittle is kidnapped by his ex-father-in-law (Antonio Banderas), narrowly avoids being eaten by a rather disgruntled tiger, and is eventually shipwrecked. All before the film comes full circle and his kidnapper has a sudden change of heart, ultimately handing over his old ship so Dolittle can finally complete his mission.

After what feels like an eternity, we’re eventually led to a stereotypical lost island guarded by the aforementioned Dragon, who is troubled by an agonising faecal impaction caused by a set of bagpipes, of course. Peppered with poo jokes that didn’t even make my three year old laugh, the script does little to rescue the plot line. With grossly quintessential upper-class English dialects (obviously disregarding Downey Jr. impersonating a Welshman), the cloying delivery of the script adds to the generally overcooked tone of the entire film.

Sadly, even the potential of the chaotic GCI animated animals is never realised. Despite having their quirks, the dizzy goose, anxiety-ridden gorilla, and wisecracking squirrel (reminiscent of Donkey from the Shrek franchise, but not in a good way) are treated as if they present a hindrance to a director who clearly wanted to make an adventure film, but accidentally forgot that the whole point is that the central character can, you know, talk to the animals. The animals are better off out of it, anyway.

1 thought on “Film In Focus: Dolittle”