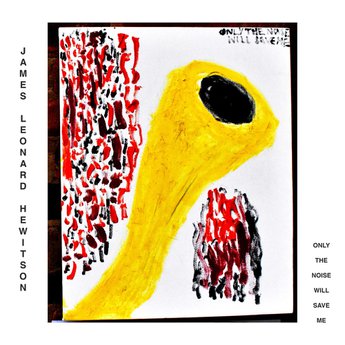 James Leonard Hewitson is a singer-songwriter from Hartlepool, County Durham. It’s a place gutted by austerity and post-industrialisation (you may have noticed it was used as a barometer for how dying, post-industrial, working class towns would vote in the 2019 election) and outside of that its inhabitants are famous for mistaking a monkey for a French spy (and subsequently electing football mascot H’angus the Monkey aka Stuart Drummond as mayor of the town for 12 years). However, in these seemingly stagnant cultural conditions- as many isolated artists do, Hewitson has flourished.

I want to stop being reductive in referring to Hewitson’s hometown, because what is so striking about these songs is how universal they are, particularly to those in the 18-35 bracket – the true children of New Labour saddled with university debt, ever reducing prospects, and an ongoing political narrative that goes against their best interests. In his buoyant, energetic, hyper-melodic indie-pop, shit jobs, the lobotomising nature of the internet, and interpersonal disconnect are all touchstones. The first three songs on the album (which are a beautiful slap around the face in terms of immediacy) cover internalised capitalist guilt- “there’s so much more to do but how do I do it?! Chain yourself to a desk as long as it’s worth it/ Give up all your evenings and live on the other side of the coin” (‘So Much More To Do’)  and existential dread (‘Dead In The Ground’).

The record strikes a beautiful balance of being plain-speaking but avoiding platitude; romantic relationships on the record are playfully ambiguous, ‘Dream Person‘ being a real highlight of the record (“Blue for boys/pink for girls/I’m a nightmare of the modern world“) in which Hewitson cuts a delightful figure somewhere between Jonathan Richman and Tom Fun. There’s the wonderfully stoic ‘Shy Of Hard Work’ which whizzes past like a train, clocking in at a minute and thirty nine seconds, and it’s a jittery counterblast to laziness. ‘Special’ recalls classic Dexys in its sing-along sensibilities. Night impeccable highlight ‘Dance Track’ uses a Komische-flavoured rhythm to vomit bile about modern loneliness.

Despite its affections and influence, to call Only The Noise Will Save Me slacker-pop would be doing it a disservice – it’s wonderfully crafted, astutely melodic pop music with unflinching narratives exploring the mores of the day for young people in Austerity Britain. Indeed, what can be so jarring about a lot of political music is how on-the-nose it is; it’s unlikely that anyone predisposed to agreeing with it would bother listening in the first place. Happily, the feeling here is that Hewitson has written some real trojan horses which could sneak onto a goal-of-the-month montage. It’s a masterclass in astute, melodic, political songwriting and Hewitson deserves to be treasured for it.

Only The Noise Will Save Me is released 28th February.