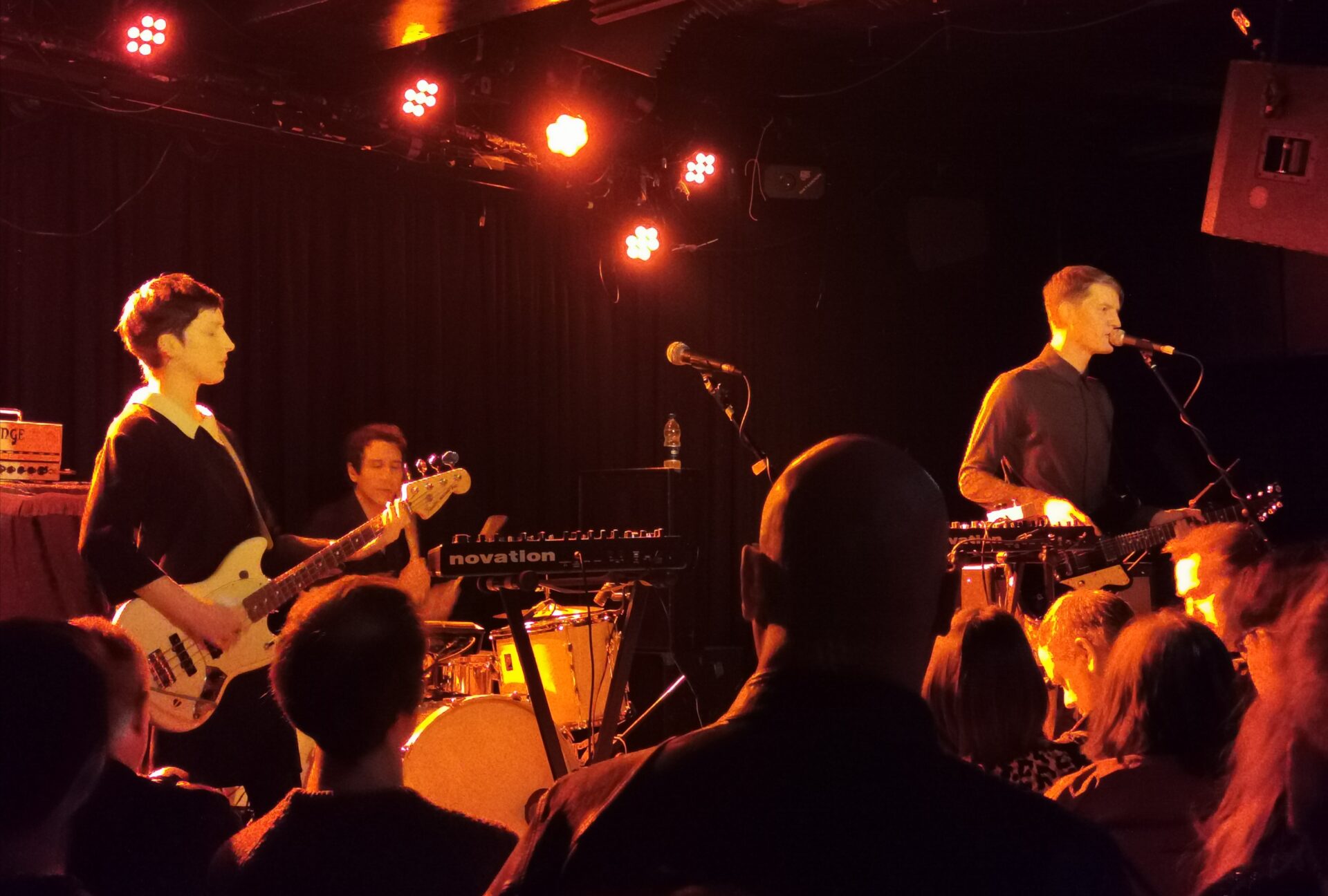 Even on a cold, clear February night, a nicely packed room upstairs at The Lexington is like a snug. There is a wonderful dark and seductive atmosphere to a place that has the feel of somewhere that has held gigs for decades. That maybe the great and the good from the past 60 years of popular music has had to pass this rite of passage. They haven’t. The venue opened in 2008 above the pub that has been there in some guise since the 1800’s.

Here are The Wants. They that are two thirds of Bodega and equally as convenient. This is disco, techno, rock’n’roll. Studio 54 by way of CBGB’s via Brooklyn. They look at home here, that this is their natural venue away from the New York bars and venues.

Ripping into album intro ‘Ramp’ the post punk slashed Television guitars with motorik beat that glides rather than jars. There is an effortless confidence about everything they do, with the exception of drummer Jason Gates who has the job of keeping the incessant beat and rhythm going and puts a shift in but is as tight as an otter’s pocket.

The singles come early. The fantastic ‘Fear of Society‘ has a different pace, slower but anthemic, it’s the most universal song they do. ‘The Motor‘ is self explanatory but is such an infectious car chase down a highway, building up speed to the point where it actually feels like the car is pulling over and stopping. It is an absolute banger.

New single ‘Container‘ doesn’t disappoint either, with an element of Kraftwerk in the vocal delivery. Madison flails around his small section of stage, wrestling his guitar as if it were a poisonous snake.

They come in at just over half an hour but you don’t feel short changed. New York clubs have been brought to N1

They’re selling tins of food, a container if you will, by way of providing something tangible for your pre-order of their debut album.

This is no side project, other than it being alongside their other main concern. Don’t walk on the other side, make it a priority. They are not found wanting.