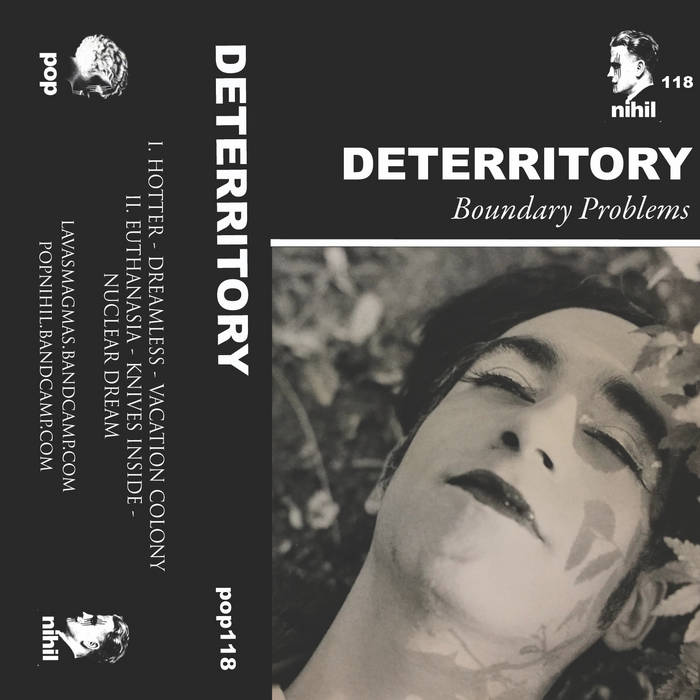 It’s been a few years since Deterritory released his Crypto Alien EP in 2018 and his Mistaken Identities cassette in 2016. The intervening years in the wilderness have served him well, as Boundary Problems is his finest work to date. Throughout he manages to evoke a forgotten time when synths were kind, but he injects the songs with contemporary sounds and themes. Now there appears to be a revival in synthpop. Be that in the form of Bob Stanley and Pete Wiggs’s excellent The Tears of Technology comp or that some classic albums are approaching their 30th anniversary, Ultravox’s Vienna, Gary Numan’s Telekon and OMD’s Organisation we’re looking at you here. This all makes the release of Deterritory’s Boundary Problems even more timely.

The album opens with stark synths before glacial beats kick in. There is a synth Goth vibe to it, but the beats are strictly for the clubs. It recalls peak era Tears for Fears being remixed by Albert Marzinotto. If this is your first time listening to Deterritory you might want to start off with ‘Knives Inside’. Sounding like Vangelis halfway through an epic night out, cascading synths descend over minimal techno beats while Deterritory croons over the top. The song really comes into its own during the instrumental sections. Here complex melodies writhe about, intertwining, creating the kind of music all synth Goths dream of. ‘Euthanasia’ is the standout track. Given everything on the album it’s business as usual, brooding basslines and crisp beats, but what makes the track exquisite is the final third/outro. Everything is based around a jittering rhythm that writhes all over the floor.

At its heart Boundary Problems is a snapshot to another time, when Depeche Mode were produced by Vangelis. It is a clever album in which Deterritory displays his musical influences on his sleeve whilst constantly reinvigorating the sounds to stop them sounding like a pastiche. The best songs are the ones when he just lets rip with wild abandon. After playing Boundary Problems, the only problem is I hope it isn’t another two years before he unveils his next release.