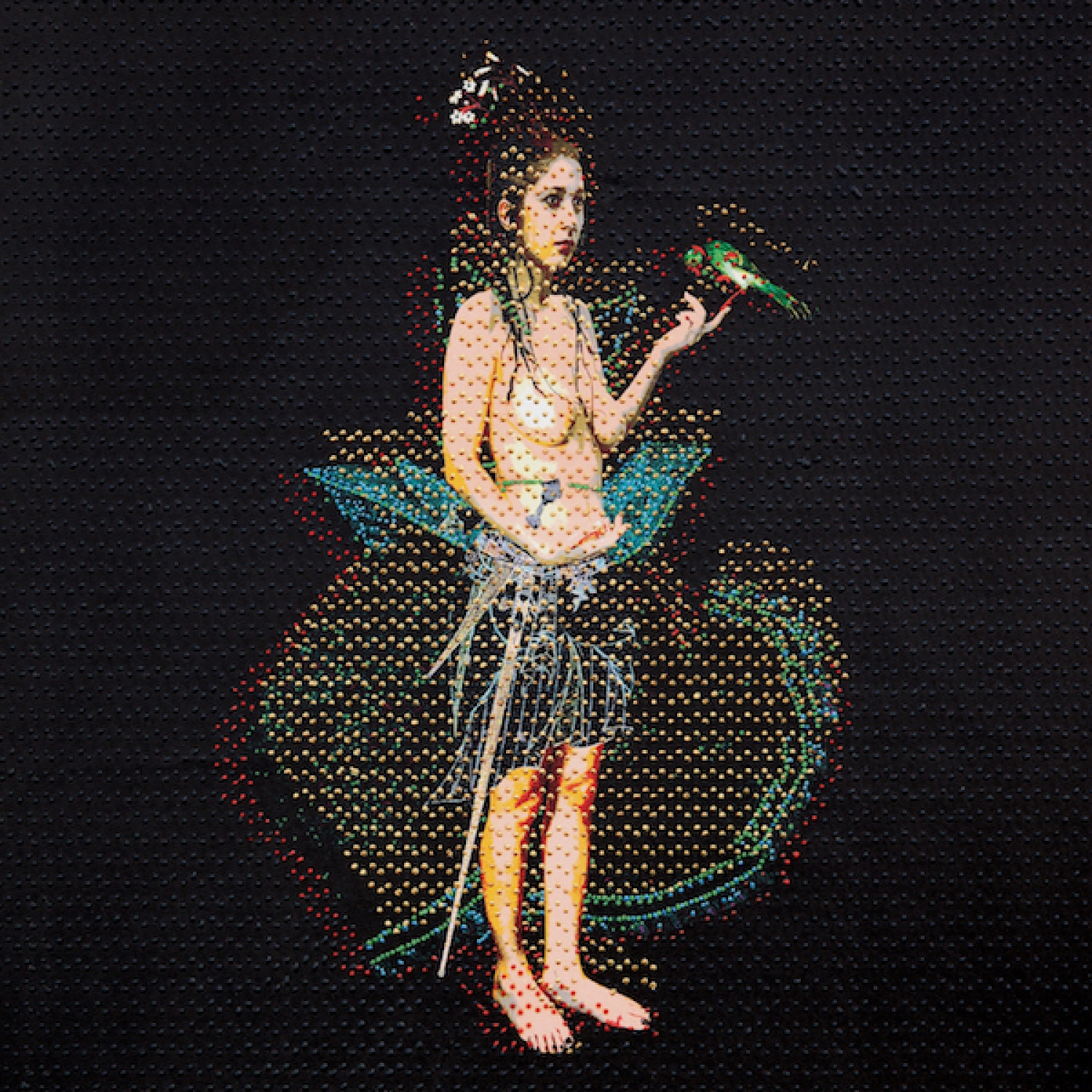 The desire to belong. It’s a difficult one to achieve for a third culture kid. But even more confusing when you’ve moved from a war-torn country to a safer yet just as judgemental environment. Iran-born Berlin-based Samar Rad – who performs under the project name Mentrix – has unfairly been identified in her life as both a deserter and an immigrant. However, Samar no longer wants to see her multi-cultural background as an identity hindrance and instead wants to view it as advantageous, providing a unique perspective. Now she can see her home country as both an outsider and insider.

Fleeing to France as a child, temporarily living in the UK and currently based in Germany, while also spending some of her teenage years back in her home country re-learning Farsi and Quaran, this unique and fascinating debut record has a similar mindset to Sinkane’s Dépaysé and Kishi Bashi’s Omoiyari in that they are musicians who aim to embrace both their western influence and original heritage. On this musician’s debut record My Enemy, My Love Mentrix showcases both sides through her choice of instruments, choice of language, vocal performance, lyrics and even the self-directed music videos.

The Persian drum of the daf is undeniably the most important instrument on My Enemy My Love because it’s the heartbeat on all eight tracks and is meant to connect us with the mystical Islamic belief of Sufism, as this instrument is performed in Sufi temples. Unlike the average track where a drum’s role is to merely to maintain rhythm, the daf is both equal and occasionally superior in importance to Samar’s voice. On the title track, for example, the voice is secondary. It rattles at an accelerating rate as Mentrix’s chants are encircled like a sacrificial liturgy and attempt to keep up pace. In headphones the drums are so clear, as if they are in the room with you, providing a ritualistic and disorientating experience. On the slow-building ‘Igneous Sun’ – which begins as a minimal xylophonic and beautiful string ballad springing to mind Björk’s Vespertine, the daf is joined by other traditional Persian instruments: tombak (drummed by Reza Samani), the string kamancheh (played by Tomer Moked) and the ney flute (Claire Bey).

A drum machine is also included in the first half of the aforementioned track and this alongside synthesizer effects on other songs (hear the spinning propeller on ‘The Walk’ and fuzzy keyboard on ‘Loyalty’) introduces a western influence that portrays Samar Rad’s mixed upbringing but also adds a trip-hop layer to prevent the record from being too similar to other Middle Eastern records.

Mentrix’s sound could be described as a fusion of Netherlands-based artist Sevdaliza and Fever Ray’s Karin Dreijer. The comparison with Karin Dreijer is heard immediately in the intense album opener ‘Nature’ through Samar Rad’s vocal accent, but the voice does develop into something more original as the album progresses. She talk-sings on ‘Loyalty’ and regularly showcases her impressive and authentic Arabic voice holding. The best example is on ‘Longing’. The song is inspired by a chant heard in Lorestan, Iran during mourning ceremonies (traditional Mooyeh) and the production on the song has an echo that transports us to a temple setting. When knowing this fact, the lyrics become a little more haunting: “Soon I’ll find you. Soon you’ll be mine too. Longing, to see you, to be with you. Now that I’ve seen your face. I know my place.”

The majority of lyrics are inspired by Persian poetry and the doctrine of Sufism, which is where the resemblance with Sevdaliza comes in. As they both are Iranian musicians that live in Europe and lyrics that are influenced by old texts and stories. Although Mentrix’s lyrical connection is not obvious for the uninitiated but benefits from being timeless, intriguing and interpretative.

Samar Rad described the the connection between the Persian drum daf and Sufism in an interview: “In Sufism the daf is a calling for the soul to awaken“. Mentrix’s debut LP seems to showcase an awakening for Samar’s soul, both in her expressive performance and the acceptance of her identity.