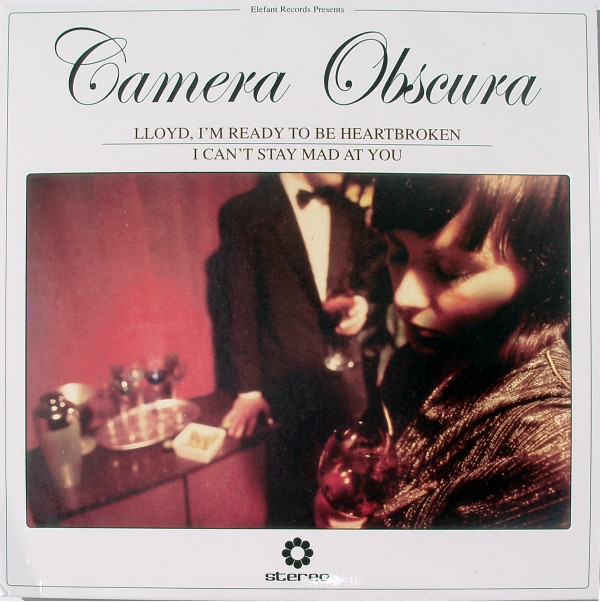 Camera Obscura are one of those rare artists that only put out great albums. Even more impressively, they seem incapable of making bad songs. From their understated first album, Biggest Blue Hi-Fi their twee sensibilities and debt to 60s pop were an irresistible mix. The band displayed their gift for gorgeous songs full of sweetness, melancholy and so much heart.

As the band put out their third album, Let’s Get Out Of This Country in 2006, you could hear them honing their craft. The shyness and coyness of their first two albums seemed to melt away. The songwriting became even sharper, the hooks more defined and their early lo-fi approach had been replaced by symphonic chamber pop perfection. There are brass and string arrangements that adorn the poppiest moments and give them a glamorous baroque pop finish that’s somewhere between Dusty Springfield and Belle & Sebastian at their most confident.

The album’s first and most striking single, ‘Lloyd, I’m Ready To Be Heartbroken’ perfectly encapsulates their charm and endearing romanticism. Named as a response to the last song on Lloyd Cole & The Commotions’ 80s jangle pop masterpiece, Rattlesnakes, it’s an indie nerd’s dream. From the opening of a lone organ, it suddenly bursts into life with a Motown influence that was a new addition to their more expansive sound. As Tracyanne Campbell’s delicate and lovelorn voice comes in, she sings, “he said I’ll protect you like you are the crown jewels yet. Said he’s feeling sorry for me, the more I behave badly I can bet”. It’s such a brilliant knowing opening line that quickly turns into the triumphant chorus, “hey Lloyd I’m ready to be heartbroken, ’cause I can’t see further than my own nose at this moment”. Campbell’s voice is a huge part of the band’s appeal and she sounds bolder as she delivers these lines with that same twinge of heartache that gives in their most sugary songs a bittersweet edge.

After a sudden stop, the organ from the intro returns. Then a cascade of lush strings and infectious guitar guitar solo carry the song into a stunning instrumental passage. The brass swells and creates an overwhelmingly beautiful and swoonsome moment. As Campbell repeats the chorus, the heavenly backing vocals are a breathtaking complement.

Disappointingly, the chart position for, ‘Lloyd’ and their other singles (they’re yet to make the top 100), mean the band have remained a cult success when they should have a history of crashing the top 10. Critically acclaimed and beloved by their fan-base, their consistency hasn’t gone totally unnoticed. With rumours of new material and a smattering of recent live dates, the band are slowly returning which is just what the pop world needs right now (they’ll no doubt stand tall next to bands such as Alvvays and Japanese Breakfast who have been influenced by them). Camera Obscura understandably took a break following the heartbreaking death of keyboard player Carey Lander who passed away from cancer in 2015. Her brilliant playing is fundamental to ‘Lloyd’ and many of their best songs. When the band does fully return, they’ll be welcomed back by the people who realise how special this incredible band is. 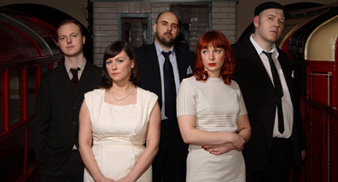