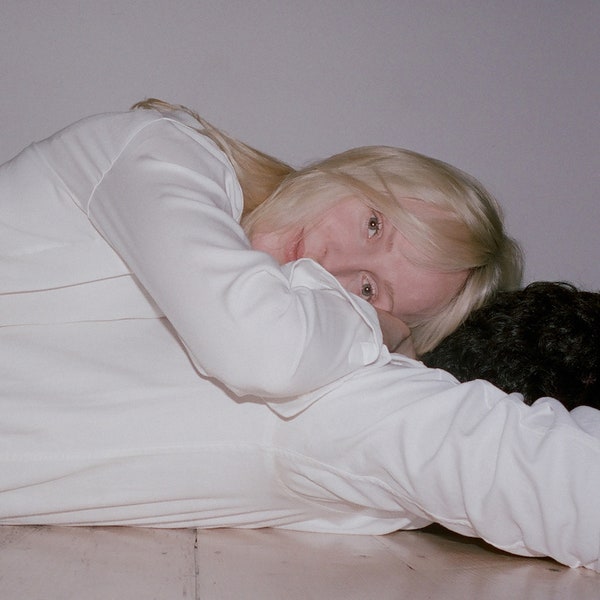 Laura Marling is a goddess. That is indisputable. Is she always perfect? Is any God that gives the world a disease that can wipe out a fair proportion of the planet? Your made-up sky wizard isn’t making gorgeous folk and acoustic balladry though is it?

We’ve all read the statement about why this, her seventh LP, Song for our Daughter is out months early. At least that is what is what we are being told now it is upon us. There had been no previous announcement. In fact all we had to go on was an interview with an Australian radio station shortly after her new label had been confirmed as a partnership between Chrysalis and Partisan Records (home to Idles and Fontaines DC who aren’t exactly expected stable mates for her) where she proclaimed that the record was finished as far as she was concerned and would expect it to be released this year.

That was before the pandemic, lockdown and social distancing meant we were all stuck at home streaming more music than our bandwidth could cope with.
What was more surprising was that she announced the previous Sunday and before we knew it, we had our first new music from her since 2017.

A few new tracks from her antipodean dates had found their way on-line, thanks to those who just can’t possibly wait for new music and feel entitled enough to record a gig and share it with the world with absolutely no authority from the artist themselves. These solo performances begged the question whether this was to be a stripped back affair, Laura and her guitar as per these shows.

What we have been given is certainly less intense than Semper Femina from three years ago, however the accompaniment is more akin to Once I Was An Eagle.

There is a timelessness about the record. At once contemporary, there is also a classic 70’s feel. At times she channels Joni Mitchell, as is her want, but also the close female and double layered harmonies and country tinged production conjures The Eagles, Fleetwood Mac and Eric Clapton, especially on ‘Strange Girl‘.

‘Alexandra‘ introduces us to this journey; this self help guide to an imaginary daughter. It has been described as a retort to Leonard Cohen’s ‘Alexandra Leaving‘ but describes what appears to be her own experience of people’s opinion of the subject matter on Semper Femina as well.

‘Held Down‘ describes the feeling of wanting to be with someone, not alone, or taken for granted and that paradox with being independent and strong. The chorus is one of her strongest melodies and an instant and infectious hook.

‘Only the Strong’ is perhaps the nearest to her sound on Semper Femina and even Once I Was An Eagle that we hear on the record, and the shadow of her previous LP looms as she says “I won’t write a woman, with a man on my mind” referring to the original genus of her last album being from a man describing a woman’s point of view.

‘Blow by Blow’ departs from virtually ever other Laura Marling song in her canon by being piano lead, which, if anything, just amplifies the Joni Mitchell echoes that reverberate through so many of her songs. She has previously described Joni and Neil Young as “them”. Them that live within her and influence everything she does. The likes of Bob Dylan and the aforementioned Leonard Cohen infiltrate now and then but they are extras and cameos. The change of pace is striking, and it has the delicate touch and beauty to leave you choked, a lump can appear in the throat.

A welcome change is the lightness of touch from Ethan Johns in the producers’ chair. When Laura was debuting ’Once’ from her fourth album she played it unaccompanied and quite spectacularly at the Royal Albert Hall. However, come the album, John’s had added his own Hammond Organ to the chorus which added an unnecessary weight to the featherlight, angelic quality. This time around, the embellishments are perfectly pitched strings on several tracks such as the stunning ‘Fortune’, one of those “previewed” earlier in the year.

Finale, ‘For You’, is apparently a demo recorded at home with her boyfriend, and has a prominent male, deep hum to begin with. She has doubled her vocals to give it an echo rather than a harmony, but there is nothing to suggest this has been recorded any differently, except the absence of any percussion or orchestral flourish. She has been quoted as saying that she has “discovered” Paul McCartney as she had previously overlooked him as her preferred Beatle, but ‘For You’ has a McCartney quality and even a hint of ‘Blackbird’ or ’Here, There and Everywhere’.

Beautifully understated with her perfect diction giving the song, and indeed the whole record, a wonderfully satisfying and calming intimacy.

Above all there is a beautiful comfort to the record. In an anxious and uncertain period for the human race we have been given a gift that can calm and allay fears if you let it wash over you.