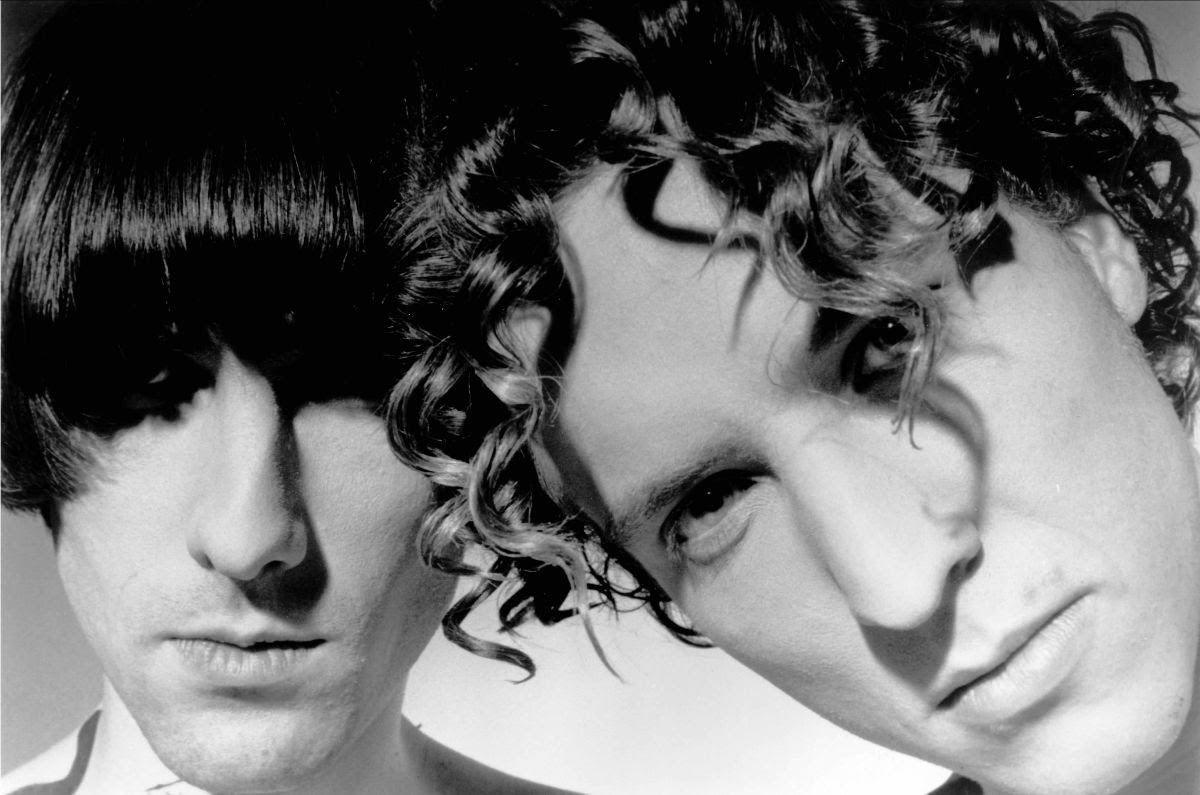 Containing the dance duo’s breakthrough hits ‘Hello’, ‘The Sun Rising’, and ‘Your Love Takes Me Higher’, ‘Happiness’ was originally released in February 1990 on East West Records.

Available as a 180g heavyweight double vinyl package for the first time & double CD/digital, ‘Happiness’ has been remastered from the original analogue studio masters (by John Davis at Metropolis Studios) and has a significantly louder and clearer audio than the original release.

The reissue includes new sleeve notes written by the band themselves.  The CD & Digital releases also include ‘The Wolf Studio Recordings’, a 15-track bonus disc of ‘Happiness’ demos, B-sides, remixes and four previously unreleased songs recorded at Wolf Studios in Brixton between 1988 – 1990.

“Happiness was mostly recorded in the first few months of 1989. Listening to it now I hear the optimism, energy & joy of my younger self. Wonderful memories. That year the Berlin Wall fell. The following year Mandela was released. The world was changing, for the better.

In the intervening years I’ve tried to hold on to some of that mindset. I’m now a father of three teenagers, who can all claim to have danced to Frankie Knuckles & Derrick Carter; and seen Kraftwerk live! And the world is in lockdown and holding its breath. Which way does this play out?

I hope, I want, to believe we come through this with a renewed sense of unity, and humanity, and love. Rekindle some of the wonder and hope.

‘Happiness’ was recorded from late 1988 to summer 1989, influenced by the band’s immersion in the nascent UK Acid House scene, especially seminal club Shoom and the early Boy’s Own parties. Originally a four-piece guitar/synth band, The Beloved MK1 parted ways late 1987 and founder members Marsh and Steve Waddington were newly liberated by their electronic, machine-driven rhythm section. The perfect synchronicity of the open-minded Balearic stylings of the underground clubs and exposure to the incredible, emotional impact of early Chicago House corresponded with a burst in songwriting and sonic adventure. The result: Happiness!

Four singles were released: ‘The Sun Rising’, which gave The Beloved their first Top 40 hit in October 1989; ‘Hello’, released January 1990, which peaked at No.19 and led to the band’s first appearance on Top Of The Pops; ‘Your Love Takes Me Higher’, which became their third Top 40 hit in 1990; and final single ‘Time After Time’. The Beloved’s high-concept videos garnered huge support from the then all-powerful MTV and The Chart Show, and were nominated for multiple awards including Best British Video for ‘Hello’ at the 1991 Brit Awards.

Beloved MK2 released one further single, ‘It’s Alright Now’ and the club-oriented remix/rework album, ‘Blissed Out’, in late 1990. This was certified silver (60k sales) in the UK.

Beloved MK3 (Jon Marsh & Helena Marsh) released two subsequent studio albums: 1993’s ‘Conscience’, at No.2 their highest charting album, which contained their biggest single ‘Sweet Harmony’, a Top 10 hit in the UK and across Europe; and their final studio album, 1996’s ‘X’, which featured some stellar guests including ambient/prog rock legend Robert Fripp, and stunning US backing vocalists including Will Downing, Danny Madden, and Audrey Wheeler.

Jon Marsh had a parallel career as a Club DJ, from 1992 – 2006, including residencies at Ministry Of Sound and Fabric, and gigs across the UK, Europe, and the USA.

6 demo versions of tracks from Happiness – ‘I Love You More’, ‘Wake Up Soon’, ‘Your Love Takes Me Higher’, ‘Time After Time’

Plus an unreleased remix of ‘The Sun Rising’ specially recorded for a broadcast on Mark Goodier’s Evening Session on Radio 1.