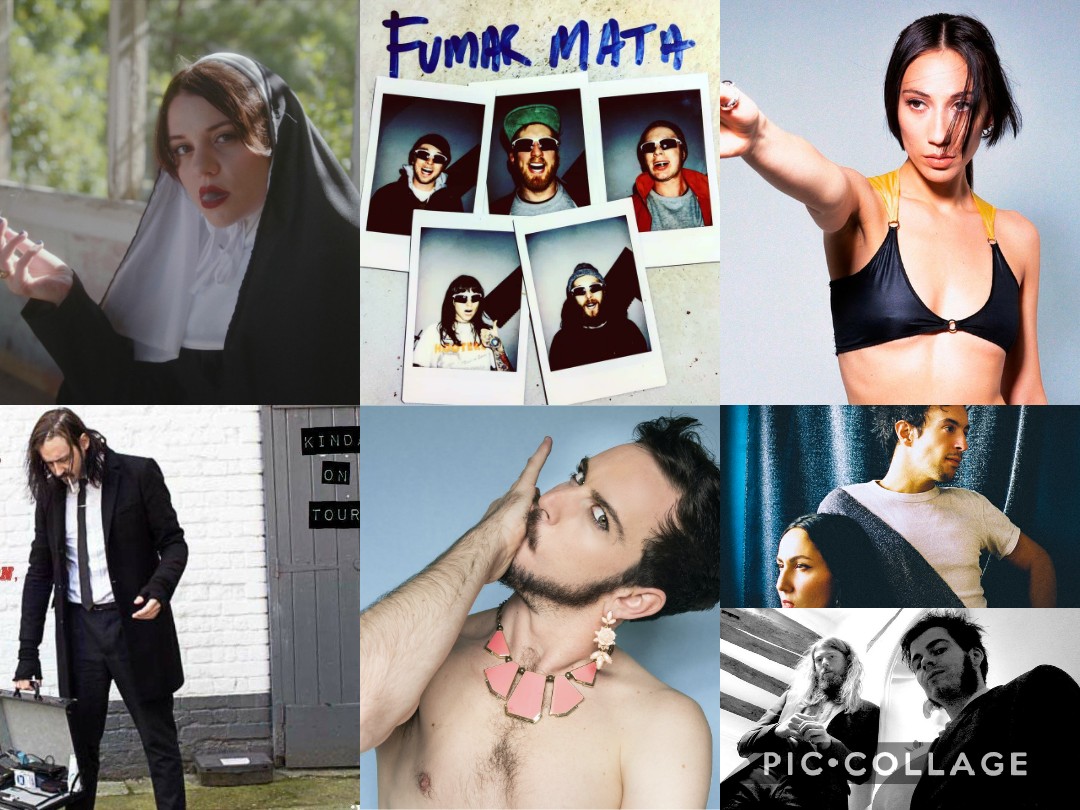 What they say? ‘Die 4 Ur Love’ is a song about the end of the world as you know it. About losing someone or something you never knew you could lose, and then all of a sudden, your reality shifts. All the things you would have done, or said, the love you could have given, and being willing to die over it. I wrote it right after the new year when I was feeling a sense of impending doom and darkness, which now feels surreal to see taking form in a real way around the world and in how the rest of 2020 has unfolded.

Why we love it? This is a must-listen for any die-hard electronic-pop music fan. It ticks all the right boxes with a catchy chorus, vibrant arpeggiating synths, and bubblegum pop vibes mixed with a shade of nihilism viewed through sleek, rose-tinted spectacles. A beautiful ode to love at the end of the world. The mix is pristine, the bass hits hard in all the right places, and the vocal lands somewhere between the realms of alternative pop, like Lykke Li, and pure pop, like Kim Petras.

What? Could Never Explain

What they say? Recorded at Greenmount Studios (Mush/ The Cribs) late last year, the track deals with themes of uncertainty and alienation while its resolve is one of optimism and can be seen as a manifesto for ‘getting on with shit’.

Why we love it? Pandemic or no pandemic the Cowgirl sonic juggernaut just keeps rolling on. ‘Could Never Explain’ is the band’s 10th release in just over a year and is drawn from their third unreleased album as they finalise what will be the recording of their fourth. The new release – out on 8th May on Desert Mine Music UK – may well face us with issues that also reflect the current global mood but ‘Could Never Explain’ comes to us in that familiar Cowgirl swell of irresistible melody and harmonic positivity.  (Simon Godley)

FFO: The Kinks, The Yardbirds, The Byrds

What they say? Dustbin Man is a massive big up for the downtrodden public worker, from the nurses who keep the blood in our bodies to the trash men and women of the world.  There’s a fair bit of bile reserved for those in authority, who pay lip service to these heroes of modern life while paying them peanuts.  It’s another of those songs penned before the lockdown that just seems even more relevant now.

Why we love it?  We were big fans of the track’s head-nodding, metronomic charms, and rousing chorus when it turned up in a live session on GIITTV last year.  The studio version captures it perfectly, we’re glad to say, but the addition of this madcap animated video. directed by the ever-inventive Ashley Jones, which makes it worthy of another mention here.  All hail video man! (Ben Willmott)

Why we love it? This track is disco in its purest form, relentless from start to finish and it radiates joy. We are invited to forget our troubles, live in the music, and let loose.  That’s something we all need right now.  The vocal is sublime, with detailed layers and stunning harmonies that enhance the melody. It’s an ear-worm that will stick with you and brighten your day. It’s Brendan’s party and we’re all invited, remember to wear your flares.  (Lloyd Best)

What they say? Featuring the vocal talents of the sultry Sarah Maison, invoking mid-tempo 4 to the floor ’70s infused jams. For this EP, Anoraak follows his heart and instinct to get back to his first and long-lasting love for disco, letting aside his usual synth tool kit to give place to a rather organic sounding material he lately showed on his latest remixes (for Satin Jackets, Pongo, etc…).  Introducing French for the very first time in Anoraak’s catalogue, Sarah Maison takes us on a sensual, chic, and engaging nightly journey.

Why we love it? Body Language is a sensual, hedonistic venture that sounds like it was plucked from the ’70s experimental funk scene and distorted through the modern lens. The rhythm is insanely catchy and the use of french vocals (courtesy of Sarah Maison) enhances the sensuality of the track. The repetitive “this is the body language” on the hook is incredibly memorable and it all comes together to create an outstanding piece of music.

Why we love it? From the ashes of  Liverpool based bands Strange Collective and Good Problems emerge the strange and possibly less problematic FUMAR MATA. On their latest offering “EL KAPP” they merge explosive guitars and thundering percussion as guitarist Alex Wynne complemented by Jen Baranick on backing vocals combine to thrilling effect. It’s a riotous propulsive psych grunge explosion and a million miles away from the dull retrograde skiffle obsessed bands that once plagued the city.  (Andy Von Pip)

What they say? I guess I always found waterbeds fascinating – they came with guarantees of abolishing backaches, better sex, curing insomnia, etc. – none of which actually happened. The song represents that you could buy into the idea of something but when you get there the reality is actually far from what you expected. Looking back on memories, sometimes things just don’t work out the way you thought they would – the song is about cutting ties to the past.

Why we love it? After 2017’s superb debut album, ‘Dumb Days’  Tired Lion has only raised their heads to release 2018’s excellent ‘With Or Without’. In the interim singer-songwriter-guitarist and beating creative heart of Tired lion Sophie Hopes relocated to Brisbane from her hometown of Perth. Now Tired Lion return with another epic grunge-pop earworm in the form of ‘Waterbed’ demonstrating  Hopes has lost none of her raw power and still has keen earn for a killer pop hook. (Andy Von Pip)