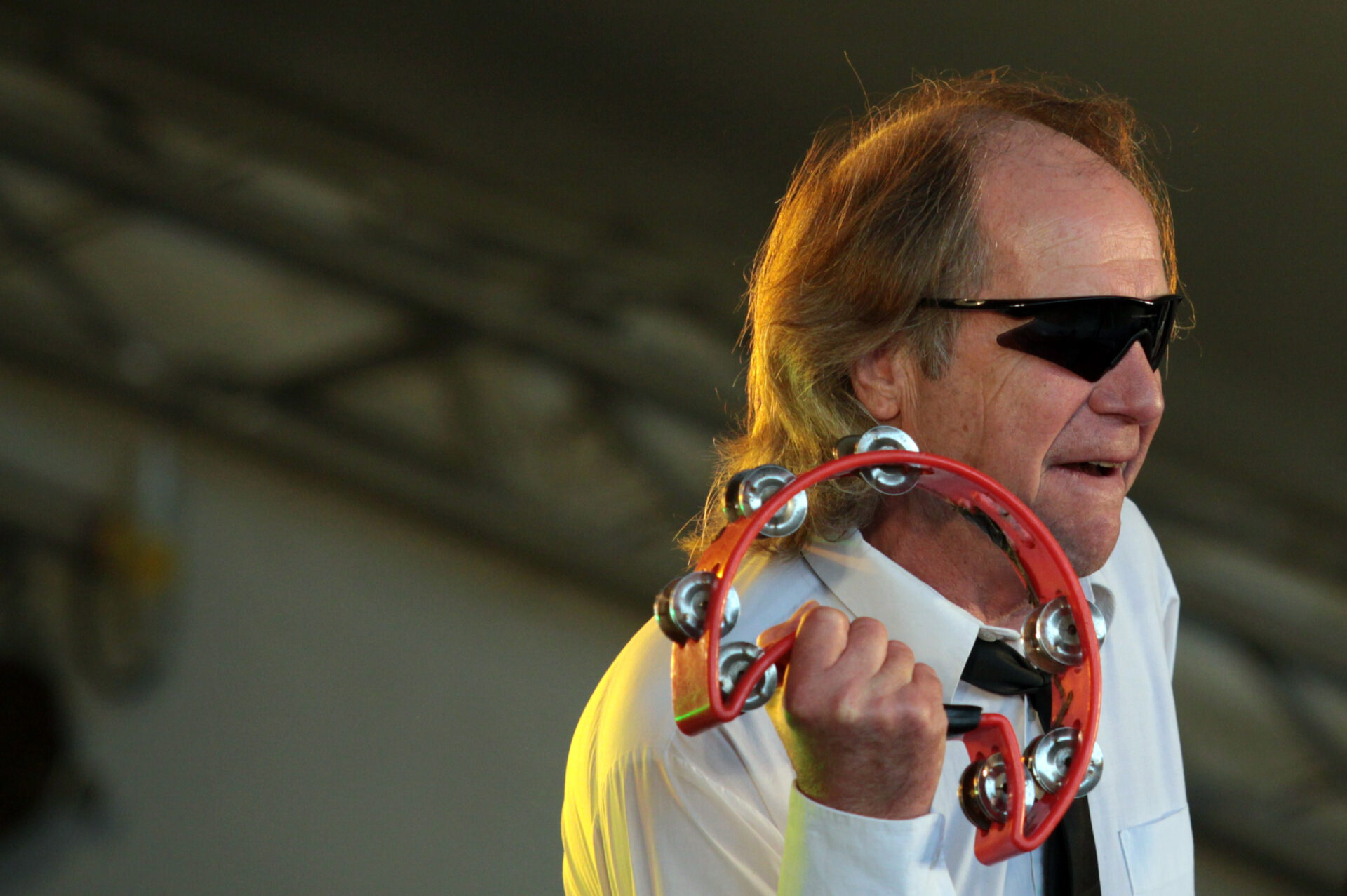 Phil May, lead singer and frontman of the 60’s Rhythm and Blues band The Pretty Things, has passed away at the age of 75. He died in hospital this morning in King’s Lynn, Norfolk, from complications following hip surgery after a cycling accident earlier on in the week.

The Pretty Things formed in 1963 in Sidcup, Kent and by the following year were already troubling the UK singles charts with songs such as their debut offering ‘Rosalyn’ and its follow-up ‘Don’t Bring Me Down’, both of which were later covered by David Bowie on his 1973 album Pin Ups and which reflected the enduring influence that the Pretty Things’ music had upon countless subsequent artists from The Kinks and The Who to many of the English punk bands of the 70s and beyond to the likes of Graham Coxon of Blur.

The Pretty Things first came onto my radar in 1974 at the sadly long-since-gone Glasgow Apollo when playing a riotous show as support to the former Stone the Crows’ singer Maggie Bell. Given Maggie Bell’s status as a bona fide Glaswegian and the Pretty Things as sassenachs it speaks absolute volumes of their performance that night that they received a standing ovation from the invariably partisan Scots’ crowd.

By this time they had already released S.F. Sorrow, a groundbreaking record released six years earlier and which not only embraced psychedelia but has also gone down in history as one of the very first rock’n’roll concept albums. In further marking the great stead in which they were held, in 1974 the Pretty Things were one of the very first artists to be signed to Swan Song Records, the label created by Led Zeppelin – at that time the biggest rock band in the world – and for a while thereafter they were managed by the infamous Peter Grant.

The glam-rock influenced Silk Torpedo from that time is an interesting addition to the Pretty Things canon but despite the huge weight of the Zep management machinery behind the band mainstream success eluded them, however, and they called it a day in 1976. They were to reform a couple of years later, though, with both Phil May and original Pretty Things’ guitarist Dick Taylor back at the helm and the band continued to tour relentlessly as well as record for the next 40 years before eventually signing off with their ‘Final Bow’ at London’s O2 Indigo in December 2018 when they were joined on stage by, amongst many others besides, both Van Morrison and David Gilmour of Pink Floyd.

I had the great fortune to catch the Pretty Things many more times after that Glasgow gig back in 1974 and right to the very last their live shows were always highly-charged, incendiary experiences built around the indomitable twin axis of Phil May and Dick Taylor. May’s passing earlier today is an incredibly sad loss to the world of contemporary music.

Main photo of Phil May taken by Simon Godley at the Rhythm Festival, Bedfordshire, in August 2011.

1 thought on “Tribute: Phil May of The Pretty Things”