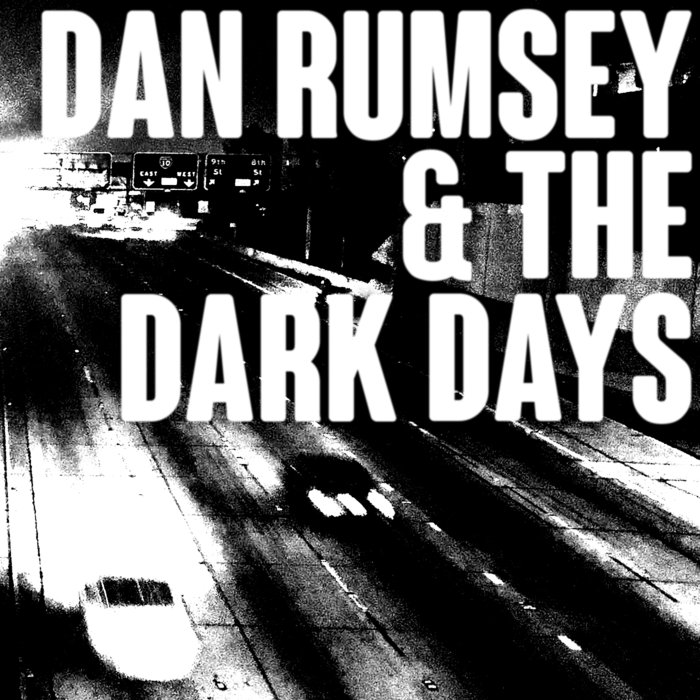 The eagle eyed of you will know who Dan Rumsey is. You already have an idea of what this EP will be like. But you are wrong. It isn’t exactly as you’d expect. For the uninitiated I’ll back up a bit. Rumsey is a member of The Wytches. This trio felt like the bastard offspring of The Eighties Matchbox B-Line Disaster and The Horrors. Their brand of raucous garage post-punk was invigorating. Just listen to their first two albums and it’s all there. It reminded you that there will always be misunderstood kids out there forming bands. Now, where was I…. Oh yes.

The Darkest Day EP was written, and recorded, after The Wytches finished their hotly anticipated third album. These songs are a million miles away from The Wytches. They are brooding, filled with lyrics about anxiety, love, loss and redemption. ‘Into the Fire’ sounds like a heavier Interpol. Slabs of guitars get right in your face from the start and don’t let up until it ends. However, they are also packed with hope. A hope that the pain will recede, not go away, but lessen and that everything will eventually get better, most notably on ‘Our Illusion’. Here Rumsey appears to be lamenting the end of the relationship. He never explains if it’s romantic or platonic, but something has ended. Throughout he seems to be saying “Give me time.” And time is what you need with ‘The Darkest Day’. Time to let it wash over you, whilst getting under your skin. Which is where this EP truly deserves to live. ‘Words I Will Never Speak Again’ is a melodic acoustic ballad that does just that. It shows that Rumsey isn’t just capable of releasing blistering bangers, he can deliver something heartfelt. When the strings, and synths, start to swirl around the acoustic guitar you are swept away on a tender reverie.

The Darkest Day is a fun EP. The five songs are packed with the kind of dark, throbbing energy that made The Wytches such an exciting prospect. But, unlike Rumsey’s day job, there is a massive dollop of pop. Catchy choruses that demand to be sung out loud. The downside is that it never quite hits the highs of The Wytches and it’s slightly unfair to compare the two. Rumsey is one member of that powerhouse of a group; here everything is on his shoulders. He has no one to confer with, no one to bounce ideas off. But what is remarkable though, is how it nearly does reach those highs. The title track could easily hold its own on a Wytches album. We are currently living in dark days but maybe, just maybe, Rumsey can illuminate that darkness with this collection of captivating songs.