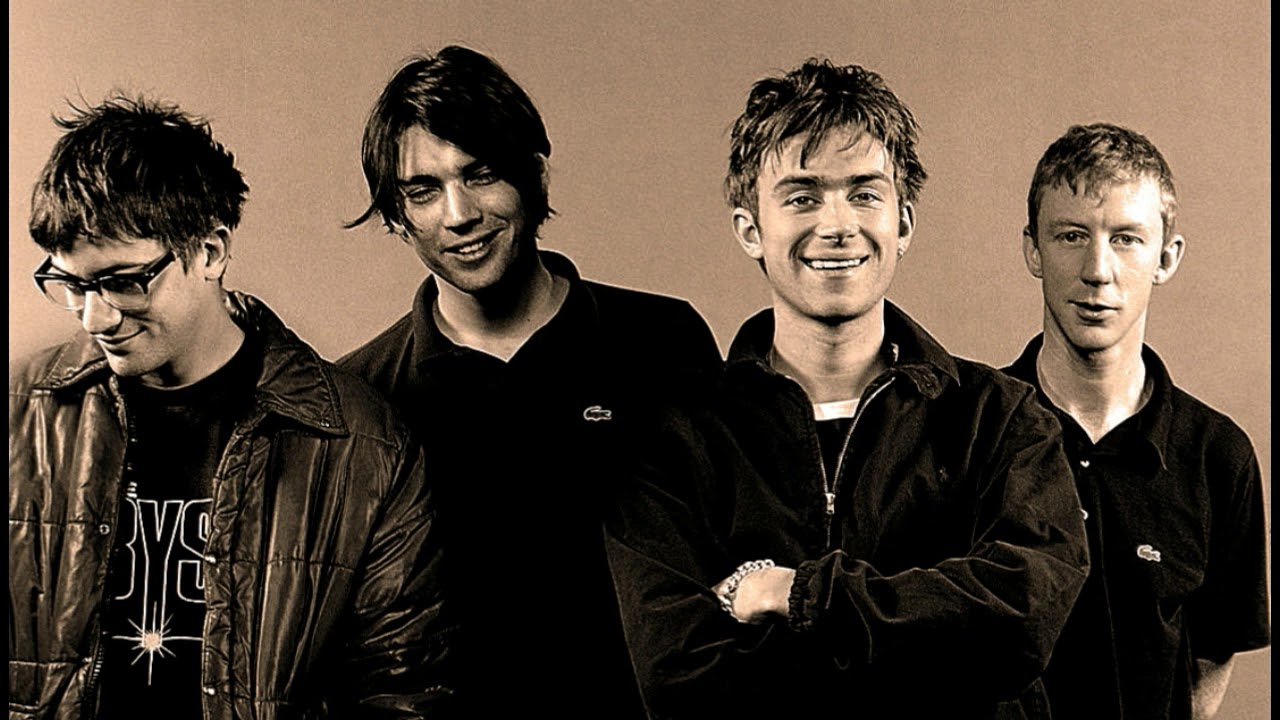 In September 1995, a month after reaching the top of the UK singles chart for the first time with ‘Country House’, Blur embarked on a tour of seaside towns around Britain.

After more than a year of awards, hit singles and arena shows, the band wanted to get back to their roots by playing more remote towns around the country, including Morecombe, Eastbourne, Clacton and Dunoon, Scotland.

It was around this time that filmmaking duo and friends of the band Ceri Levy and Matthew Longfellow began filming for a follow-up to their 1993 ‘fly-on-the-wall’ tour documentary, Starshaped, which shows the band in various states of drunkenness as they undertake Europe’s festival circuit just prior to national fame.

Like Starshaped, the new documentary would consist of snippets of shows, interviews and candid camera footage. Ceri and Matthew got as far as putting together a cut of the film – which also featured the band’s set on top of HMV’s now shuttered flagship Oxford Street store, as well as talking head footage of Damon Albarn from 1996, looking back on the madness of the previous year. But it was never released. So what is it about the film that means it’s been sitting in the can for more than two decades?

The Great Escape, named after the band’s number one album of the same name, was inspired by an age-old tradition of English storytelling, with Damon playing the storyteller, Ceri told me.

“It was meant to be an overview of where we stood as a country at the time,” he said. “We ended up with various subjects to go and film and explore, from car factories up in the north east up to swingers in Islington in London, through to old fashioned storytelling where we got Damon going round on his bicycle down country lanes with the idea of telling stories to local communities.”

“We were off doing thing with the protestors at Blackburn bypass, around the Swampy the Protestor time. It was looking at things like climate change and car industries in this country and really trying to take stock of where we were as a nation – actually it’s pretty prophetic.”

The documentary was announced in the October 1995 issue of Blurb, the band’s official fan club magazine. But by early 1996 it had been delayed, and by April, shelved indefinitely for being “too odd”.
That month, Damon told a French radio station: “Starshaped was all about being sick and drunk and playing music – and we tried to do it again but it’s just not very interesting.”

“The reason Starshaped worked was because we weren’t successful, and if you look at people who aren’t successful in a candid way it’s quite interesting,” Damon said at the time. “But once you’ve created a persona of yourself, being candid in that portrayal of yourself is a bit odd – it just doesn’t work.”

Looking back today, Ceri speaks of it more fondly.
“It’s an interesting document of the time, especially you look at where they were in their career having come out of ‘Parklife’ and into ‘The Great Escape’, because that was such a key turning point for the band, for them musically and them as actual people,” he said.

“But we were all going through strange times. During the making of it I contracted cancer and there were various problems within the band, shall we say. It was a very dark time in a lot of ways and I think that comes across in the film. It’s quite a bleak picture – interestingly so.”

Today, the best generally available source of information on the film is a book by a Boston-based Blur super geek and avid harvester of the band’s live recordings called ‘Black Book’, where it’s referred to as ‘B-Roads’, although Ceri has no idea where this name came from.

The author provides a scene-by-scene description, including the band drinking tea in a Dunoon family’s home, Damon cycling down a country lane dressed as Sherlock Holmes, and comedian Matt Lucas, a support act on the seaside tour, jokingly berating hungover bassist Alex James.

Also included is a promo for the song ‘Best Days’, featuring the foursome playing on a bandstand in Eastbourne.

“We got them performing to a load of bemused and befuddled OAPs who had no fucking idea Blur were performing in front of them,” Ceri said.

Ceri has since made Bananaz, a documentary about Gorillaz, and more recently created a trilogy of books with Ralph Steadman. As for the unreleased film, a few short snippets were featured in Blur’s 2009 documentary, No Distance Left to Run.

Otherwise, it’s been waiting for its moment – but after 25 years, will it ever get it in the form of a commercial release?  “Damon and I have talked about it,” Ceri said. “We’ve watched it a few times in the intervening years and decided it was never the right time to release it.”

The last time he and Damon watched the film, Damon’s thoughts on a possible release were along the lines of “very nearly, but not yet”. Encouragingly, Ceri now refers to it as “unfinished business” and “feeling like a new project”.

“Within a certain group of people it’s been the stuff of legend – time passes and these things become historic and then they take on a merit of their own that it may not have actually had at the time,” he said.

“It’s something we’d perhaps like to revisit and remodel, I don’t know. It was a labour of love but there’s a lot of darkness attached to it.”

4 thoughts on “‘The Great Escape’: In search of Blur’s lost documentary”