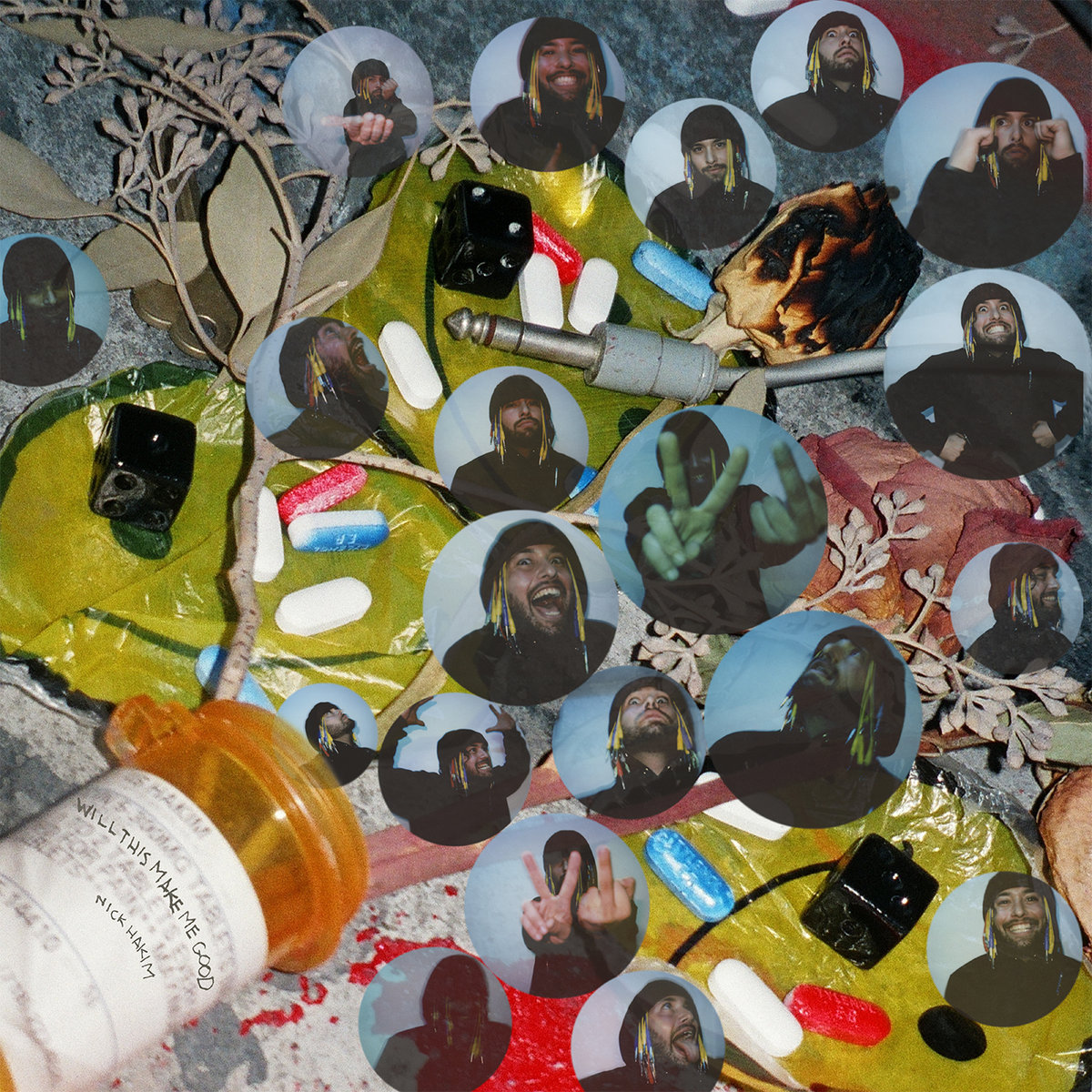 “I hope this music will raise awareness about where we are right now. About how we are living on this planet. About how we treat our neighbours. About community. About depression.” said Nick Hakim in an interview. Following on from Mental Health Awareness week, this New York resident is a good spokesperson on mental health because he turned his own mentality around; from a teenager with learning difficulties, to becoming a music graduate and then volunteering to help children at juvenile detention centres. Listening to the psychedelic-soul musician’s second album Will This Make Me Good is like taking a tour into Nick Hakim’s mind; philanthropic thoughts with good intentions are displayed in his lyrics, but the music suggests a mind that can also be disorientated. Nick Hakim pairs his meaningful thoughts about the world and soulful voice with experimental and hazy hip-hop production techniques that makes this record unpredictable and nostalgic.

‘All These Changes’ uses the female pronoun to describe the planet’s condition from the effects of global warming in an anthropomorphic manner. He displays mother nature’s anger but also tries to get humans to feel sympathy: “She’s in pain, she’s been hurting. Can you feel our mother raging? She’ll flood us out, her heart is flaming. Pretty soon we’ll be underwater.”

The title track ‘WTMMG’ is a good example of when Nick Hakim uses the techniques of 1990’s chopped and screwed music (a style of hip-hop that uses record-scratching, skipped beats slow tempo and chopped up warble). In this song he refers to his troubled teenagehood, when in which he attended a Special Education program and had to routinely take medication: “For us we truly never understood. Two times a day, ten years. Lab rats in cages, they’re feeding us their fear. Is there something wrong? With us they suppressed what made us special all along. Did you swallow your meds? Routines so their schemes get stuck in our head.” Furthermore, the album’s title ‘Will This Make Me Good’ could be a question on mental health techniques.

‘Bouncing’ – which is a story that takes place in a snow storm – sounds like a combination of Portishead Dummy era and Jordan Rakei. Hakim’s voice has a slight Prince tone to it, until he unleashes a wail of emotion at the end of the song. This vocal is so effective because in part it sounds like he’s in pain. The shivering cello that circles his voice also suggest this sense of unease. The sudden vocal outpouring technique is also heard in ‘Drum Thing’, in which his shouting is made to sound more insane by the mono fuzz that surrounds it.

The epic-long single ‘Qadir’ is the standout track from Will This Make Me Good. It displays the soulful beauty in Nick Hakim‘s voice and how heart-wrenching his lyrics can be. Although it’s an ode to a recently departed childhood friend Qadir Imhotep West (“Qadir, oh, I miss you dearly”), who died at the age of 25 in 2018, the line: “We have fallen. As a whole. And we’re sinking Down a hole. Without thinking. About our loved ones,” relates back to the societal goal of the record. A record in which Nick Hakim is trying to get us to care about our communities and environment. Nothing is more apt in these current universally fragile circumstances.