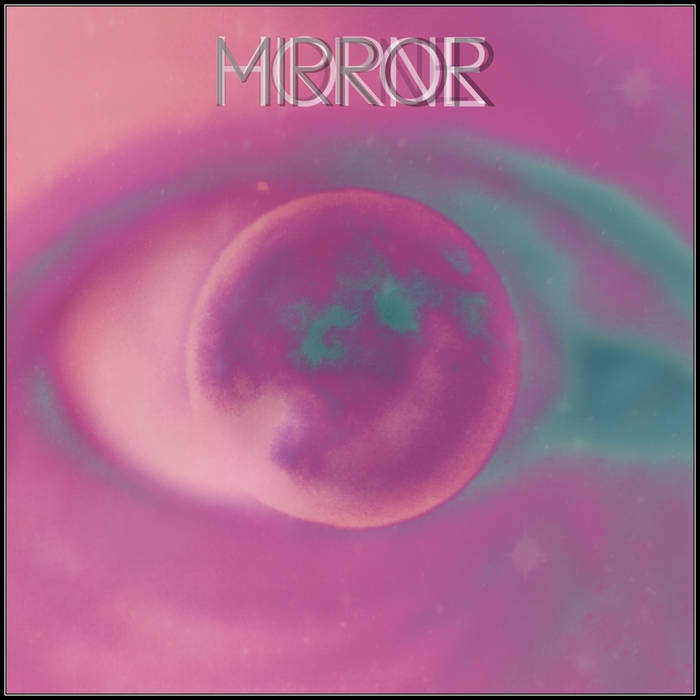 Horne is the occasional moniker of Ian Breen, or should that be one of many. If you’re familiar with Manchester’s DIY scene at all you’ll no doubt be familiar with one of Breen’s many bands at some point in the past 15 or so years. Where Claw the Thin Ice are an outlet for his beefy emo side and Astral Bodies recently unleashed their latest space rock opus, Horne is much lower-key. Three years ago he released an EP, Lack, exclusively recorded in the early hours (“pre-coffee“), closely followed by an album, Other Worlds in Blue, that was made late at night. This seems to be a theme, as last month a trio of singles appeared that were recorded in lockdown “to ease the monotony of isolation“. This is something we can all relate to, of course, but few of us would decide to record and release an album in a week. And yet, here is Mirror, four tracks in 39 minutes, written, recorded and mixed between May 18th and 24th 2020 then released on the 25th.

It doesn’t take a mathematician to work out that four tracks in 39 minutes means there’s some serious heft to these songs. With tracks like ‘New Mercury Exorcism’ and ‘Kodiak’s Arrow’ clocking in at 10:21 and 16:08 respectively we’re firmly in art rock territory here, and it’s not for the fainthearted. Breen describes his methodology for writing Horne material as “No genre boundaries. Whatever the fuck happens, happens. Hit record, start playing. The music writes itself.” and it certainly shows. ‘Kodiak’s Arrow’ in particular begins in a purple haze of guitar feedback and could easily end after three or four minutes of ambient-ish guitar throb but continues to float around with barely-there vocals before turning into an extended jam of heavily delayed and reverberating guitar until a wall of white noise appears, jarring you from any trance state the previous quarter-hour of dream pop has left you in. As a song it’s emblematic of the entire project, long and meandering with many a false ending, the sort of super-personal expression of art that you simply don’t get from more collaborative projects. Sure it’s self indulgent, but it’s this sheer lack of filter that turns Mirror to become, if you’ll forgive the slightly forced metaphor, a pure reflection of Breen’s artistic expression.

Mirror is out now, available from Bandcamp.