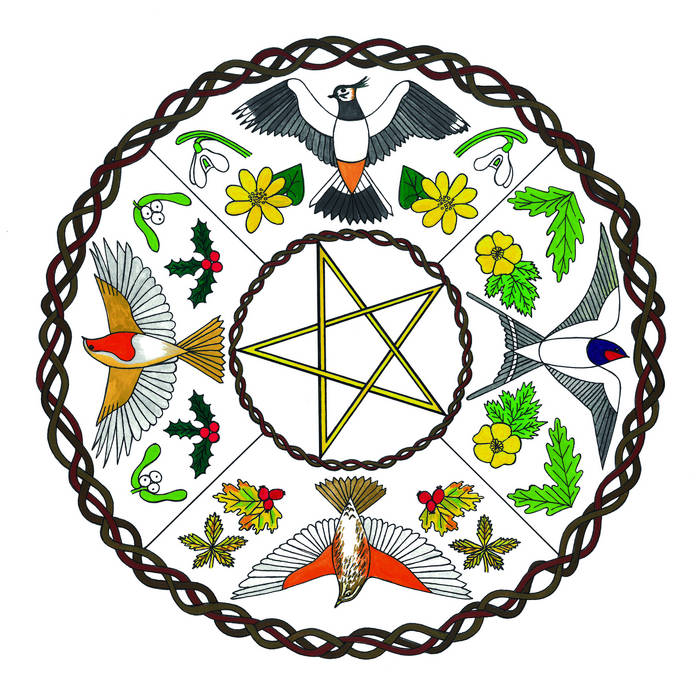 Jack explains, “I split the diary into four seasons and used them as the template for the four main songs. The shorter instrumental songs on the record are meant to signify specific events and transitions from one season to the next.”

A mini, but perfectly formed, album consisting of seven tracks, Annual is an expression in quiet contemplation with contemporary folk and jazz fusion influences throughout.

Cooper’s hushed almost whispered vocals on ’Flourish’ are evocative of dark amber candle light in some dark cafe. The performance of Tobias is something to savour, his choice of patterns weaving their way through the track guide you off piste, before gradual swelling brings you back to the centre of the song.

’Mayday’ is a soothing piece of work that keep the album smartly heading forwards before Kayla Cohen of Itasca steps in to tackle lead vocal duties on ’Harvest’. “All these songs are in the same key but the melody was above my range. I’d been playing the new Itasca record most days and just reached out on a whim. Her phrasing and the economy with which she sings is perfect.” The switch in lyrical delivery is a jolt that adds a little extra zest to the middle of the record.

Album closer ’Wynter’ treads carefully, urging the sparse instrumentation to ascend with each chorus repetition. It is an uplifting song to finish this album with.

Modern Nature feels cyclical and can be left to repeat, such is the beauty of the tracks and brevity of the record.

Every note and beat has been pain-stakingly agonised over and it is clear that the gentility of the production has been crafted to bring you closer to the fine musicianship and pastoral sentiment.

A fine second outing for Cooper and co.