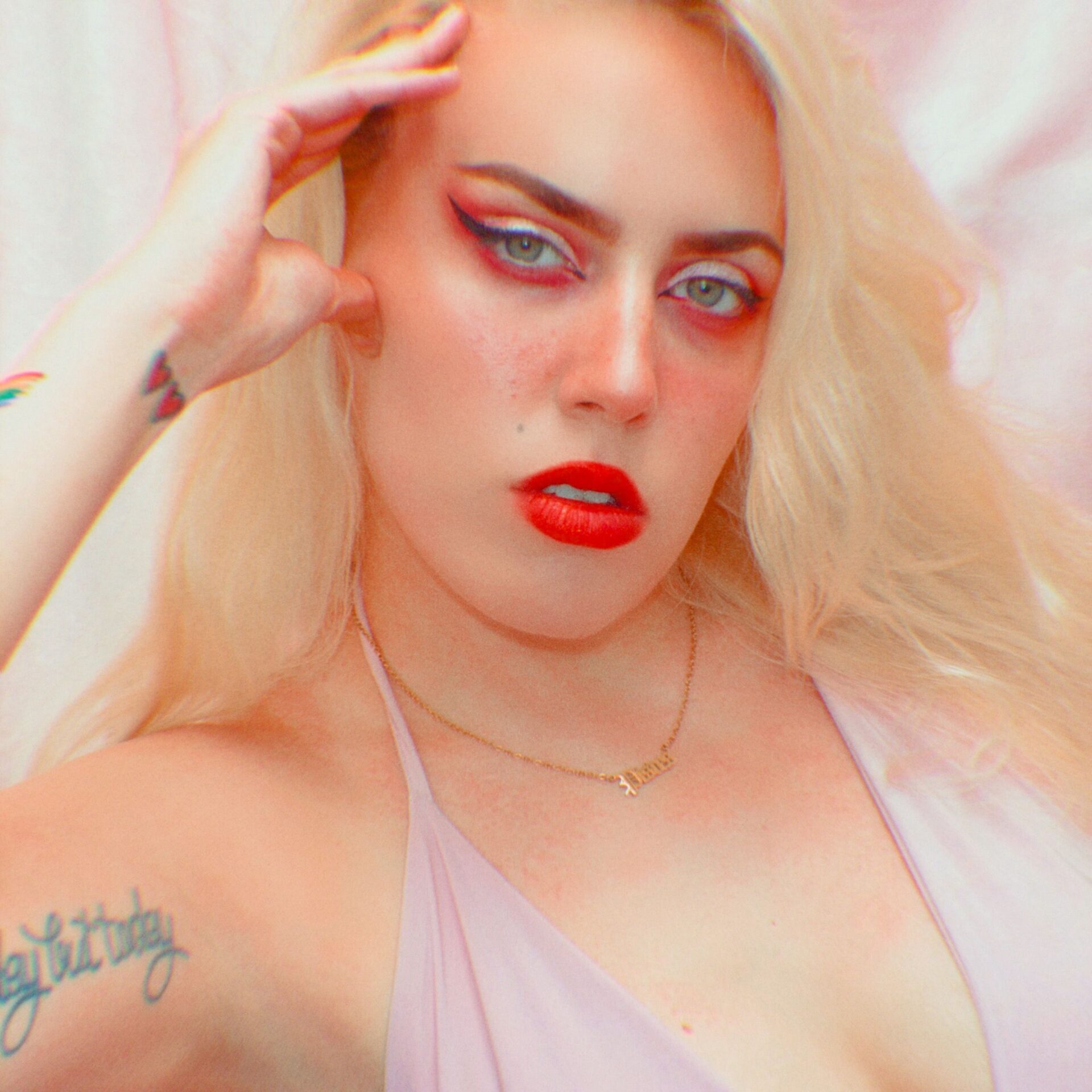 Birmingham based songstress Foxgluvv specialises in retro-tinged sultry pop sounds and serves a slice of bubble-pop perfection with every release.  They’ve returned with their new song ‘don’t text back’ – a sparkling cry for help with beautifully vibrant soundscapes and swathes of attitude distilled down into its purest form.  I was excited to find out more and so I’ve asked Foxgluvv a handful of questions:

Tell me about your new song, ‘don’t text back’.

‘Don’t Text Back‘ focuses on that gut feeling when you send a text to somebody, and you’re not quite sure how they’re going to reply.  It’s all about the anticipation, the doubts, the questioning of “should I have really sent that?”, but disguised in a fun, disco-pop anthem.

What was your experience like in putting the track together?

I wrote ‘Don’t Text Back‘ with my friend, flatmate and producer, Scott Colcombe, and we actually put the demo on the back burner for a while, until I heard it back one day and knew that I wanted to finish it.  We decided to use quarantine and take advantage of living together, to set out to polish the track into what it is now.

I’m working on a few new songs, that are all in a similar “disco-bedroom-pop” vein – but I’m not entirely sure what the next steps are as such.  Sometimes I feel like putting pressure on what to release next can hinder the creative process, so at the moment I’m kind of just vibing with writing and seeing where the mood takes me.

Oh, God… I used to write songs with my friend in primary school for our “band”, and we really thought we were ROCK GODS.  Off the top of my head, the first song that I wrote was called ‘Bass Guitar’.  I was definitely just inspired by School of Rock, and really thought that I was going to get scooped up by a talent scout writing my POETIC lyrics on the school playground.

It was LITERALLY just Seven Nation Army by The White Stripes, completely plagiarised lol, but with new lyrics. Eight-year-old me INVENTED sampling.  It was a cultural reset.

I’m originally from a small town just outside of Birmingham, so our local music scene is ruled by a lot of bands, and a lot of singer/songwriters with acoustic guitars.  The music heads around there definitely don’t see pop as being “real music”, and so I moved to London to study songwriting and to broaden my musical horizons.

I HEAVILY admire Lady Gaga and Madonna.  They are at the forefront of all my musical inspiration, my pop mothers if you will.  I also love Charli XCX’s innovation, how she explores new territories whilst keeping her music very pop-focused, and I’m a big fan of ABBA – who isn’t?

Honestly, It’d be a dream to work with any of those artists I just mentioned – I’d also love to collaborate with the iconic Brooke Candy, but my music is probably too vanilla – I’d definitely have to push myself out of my comfort zone.  It’d be worth it for Brooke, though.

The absolute angel that is GIRLI joined me for my headline show back in Feb, she put on such a great show and is such a nice person – we’ve done a few Zoom writing sessions since then and she’s so talented and fun to work with.

By the time this comes out, Chromatica will have been released so I already know that’s my answer.  But as of now, I’m really enjoying some of the heavier tracks on Rina Sawayama’s new album, like ‘STFU!’ and ‘Snakeskin’, and when I want to wind down, I always put on Laura Marling to soothe my soul.

Thank YOU!  Hope you enjoy the new single.