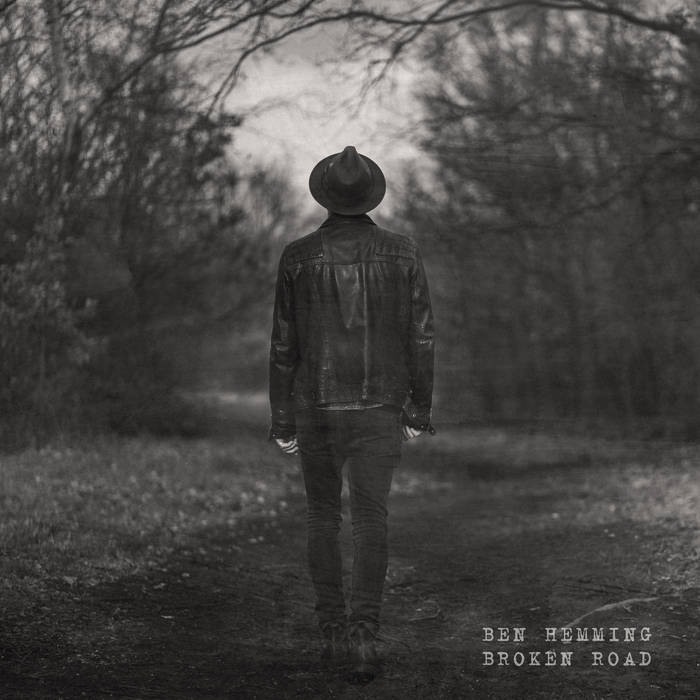 “Making a deal with the devil” is a theme common in European folklore and one that has been adopted further afield. This is something that has reigned throughout modern times, is seen in many texts, be that in written, spoken or visual form. Another way of expressing these ideas has also been presented when it comes to musical concepts and this deal with the devil might just represent a feeling someone has – of themselves, or the path their own life has taken. It has been represented most famously in the story of bluesman Robert Johnson, who it is said: “made a deal with the devil”, something his unique sound and songwriting were attributed to.

However you choose to look at it, you might ask what this has to do with the fourth studio album Broken Road from singer/songwriter Ben Hemming. Listening to many of Ben’s previous recordings, something that comes across is the richness in which his music breathes. Previous tracks such as ‘Dead Man Blues‘, ‘Never Had A Heart‘ or ‘Devil’s Soul‘, have led me to consider whether he has made this unlikely pact? Of course, it could just be that Hemming has in his tone and musical presentation the ability to project this image and yes, it feels damn good. Opening this latest album is ‘Say You Will‘, a song about a past romance, or perhaps something slightly darker. Well the former would seem to be the case, in a song which seems more like a lament to a romance past; this might be derived from the opening line in which Hemming sings “For many years I’ve walked this broken road and never took me back to you…” and further continues, “…a recurring nightmare, with just me to blame…“. Interestingly it would seem that in this song both a lost love and mistakes are explored, with an extremely solid backing lent to produce this richness, and that is something we have become accustomed to hearing from this artist.

He has been described as a “Nu-bluesman” and his music as “Alt-Rock” on the blurb that accompanied this release, whereas on his Soundcloud page “Indie” is the description. In case you are put off by any of these genres, look at this as an extremely competent musical journey into someone’s soul, with those deals that accompany the legend of Robert Johnson laid bare. A common theme would appear that many of the songs have been played on a big old jumbo-acoustic, which produces a fantastic tone up front, with a grinding electric played to back this up. From tracks ‘Dark Deals’, to ‘Holy War’, through ‘Knowing When To Die’, culminating with ‘The Devil’s Door’ – a slightly more melancholy tale, although one that still possesses a menace that would warm even the coldest heart – the journey experienced from listening to Broken Road is a thoroughly uplifting one in both sense and emotion.

The album follows a consistency that has become familiar from this artist, so much so that this just might be the greatest deal he has ever struck.