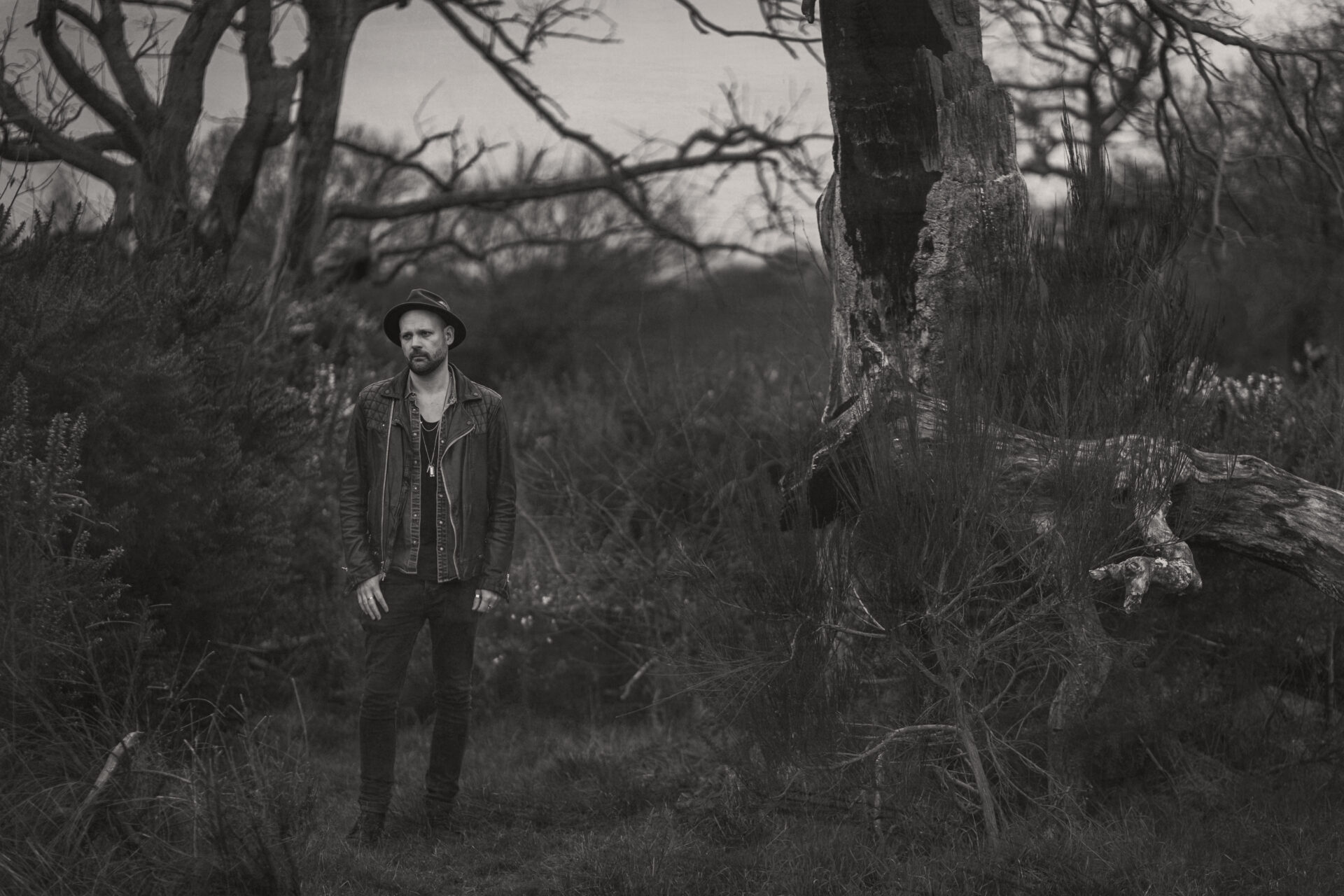 Hailing from the lush West Midlands countryside, Ben Hemming’s career ascension to date is a combination of wise Stateside-related decisions and dogged persistence worthy of any true bluesman.

His performance persona, which has captivated me on at least two occasions, is unique in itself: pounding pedal-drums, guttural vocals and shimmering rhythm guitar – an infectious throwback to the one-man band set-up redolent of Jesse Fuller. With his array of captivating original numbers, Ben alternates between playing solo and performing with a band, depending on the size of the show and the nature of the booking.

Hot on the heels of releasing his new album Broken Road and riding high, I spoke to Ben on the eve of the release of his new single ‘Fading Out’ – the third single release from the album.

What was your first gig as a punter?

Back in the day, when I was 16, I lived near Wales in Worcester, and I was more of an indie kid back then. So if memory serves correctly, it was probably the Manic Street Preachers around the release of ‘A Design For Life‘. My ears were ringing when I got to bed, but my mind was blown!

What were your first forays into appreciating the blues?

What really got me into the blues was a trip I made to the states. I had explored the genre before, but that’s when everything clicked musically for me. I visited Sun Studios in Memphis, where Howlin’ Wolf cut some of his first records. Inspiring stuff.

I like a bit of a mixture of the two to be honest. As an artist, I can relate to more of that lone musician lifestyle of the early guys, but I also play with a band, so artists like Howlin’ Wolf are big influences on me as well as solo guys like Mississippi Fred McDowell.

What are your favourite records, i.e. albums, singles?

That’s a difficult one! But songs that have had a big impact on me musically would be ‘Smokestack Lightnin’ or even the album ‘In Utero’ by Nirvana. But I love ‘White Lightnin’ from the Fred McDowell live album (‘Live In New York’ released 1972). Amazing.

Tell me about your States trips? How have they been inspirational?

The travels I’ve had around America have definitely come to define my sound, especially my first two albums. It was when everything came together for me as an artist, and I started getting some success with my music. I haven’t been back to the States for a while, and probably won’t in the foreseeable future. Touring in the States just isn’t viable at the moment, but it will always have a special place in my heart.

Any tips for ‘surviving’ on the road’?

Don’t hit the bottle too hard! Touring can be an endurance test and I’ve learnt that the hard way!

Any outside influences other than blues?

As I’ve touched on before, Nirvana has been a pretty big influence on me and you can hear elements of grunge in my music, as well as rock. I don’t do standard blues. I feel I bring something different to the table.

What have been the reactions to your latest album release?

It’s still early days, but the reactions have been amazing. I can’t wait to see where this album takes me; especially when I get back on the road.

From the snippet that I heard, your new single ‘Fading Out’ seems very mellow. Will that be a new show-stopper?

It’s definitely one of the more reflective songs from my new album ‘Broken Road’. But I feel it builds into an uplifting song that aims to show that there can come light even from the darkest of places.

‘Fading Out’ is released on the 2nd of July.