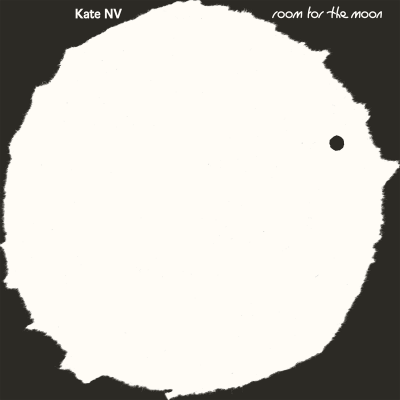 Enter a multi-lingual art-pop paradise of mystery and distorted memories. A merged world that could be called Kapanfrussia, because it is part Russian, part-Japanese, with a sprinkle of French and flourished with Kate Shilonosova’s imaginative personality. Yet magically, the Moscow resident, who performs under the name Kate NV, has also created one of the most cohesive records of the year because the equilibrium of these multi-cultural elements gives the musician a recognizable style. Room For The Moon, a title that is likely to be inspired by the manga series Sailor Moon because the musician has admitted to being a fan, is cohesive because of the instrumental arrangement: creative, queasy and psychedelic use of the vintage Buchla 200 series modular synthesizer, drums that resemble the ticking of metronomes, avant garde saxophone menacing around marimba and other woodblock sounds, completed with minimal yet wonderfully zany lyrics.

While most of Kate NV’s third album is in Russian, there’s a Japanese influence that recalls the musician’s first 2016 record Binasu. It’s heard in her ode to 80’s Japan New Wave – she’s inspired by the free spirited fun of that kind of music – and the inclusion of Nihongo lyrics. The woozy post-punk ‘Sayonara’ is half in Russian and doesn’t really have anything meaningful to say but ‘Lu Na’ features a speech from Japanese ambient artist Nami Sato. What initially sounds like a random list of words – deguchi (exit), iriguchi (entrance), aruku (walk) and so on… – starts to sound like a dream recall. “In the middle of the night. I wonder when did it start. Why are we here? The lights from the shore. Where she dances. Her shoulders swaying. Embracing. Sound of footsteps.”

The surreal lyrics continue on  ‘Ça commence par’ (It starts with). The track, which Shilonosova sings in French, could have been recorded at a Mad Hatter’s tea party. The lyrics translate as “Come here, make yourself comfortable.  Are you ready? I’m going to put my riddle: We buy it to eat. Notice you. No one ever eats it. It starts with … It starts with A…” The flutes and mischievous synth effects – among the quasi Paul Simon Graceland world rhythms – and sound bites of laughing, also picture this loony forest inside a children’s book. The shortest track on the album passes by quickly, leaving us to question if we imagined it all.

The most saccharine 80’s sounding track Telefón also sounds like it takes a place in a Kate NV branded dream with a telephone call waking the character up to reality: “Somewhere nobody cares about you. Somewhere to no one at all Somewhere nobody cares about you. But the phone rings and you have to run back under the scorching sun, where it is not clear what will happen today.”

However, the lyrically clever ‘If Anyone’s Sleepy’ takes place moments before the actual sleeping. The hypnotic lullaby has a bouncy loop and flutter as Shilonosova ponders about the impermanence and intangibility of time, wishing to store it in a private bank for safekeeping. But after numbering her thoughts, she succumbs to sleep’s magnetic power. If it was English it would have an even more soporific and drowsy effect.

Kate NV also recalls memories of her childhood. ‘Marafon 15’ is named after a Russian TV show from the 90’s and the promo shows her dressed up as a fictional character she watched as a child (Malvina, a puppet from a Russian version of Pinocchio). It’s hard not to compare it to a Kate Bush video from the performance art production, lighting and editing. Namesake Kate thought the title was apt because the song is about memories and she was curious about why the seemingly random number 15 in the show’s title Marafon 15 was significant.

Plans’ also adopts the same satire on hazy retro Russian TV with Kate NV once again becoming an alter ego but the fun acting this time goofs about the news. It’s the most topical track on the mostly otherworldly Room For The Moon because it encourages listeners to have a sense of humour in the face of disaster. The calming Eric Serra-reminiscent track comments on how impossible it is to plan anything nowadays because of the unpredictable collapsing of society: “There are plans on the planet somewhere. Where everything is clear, where are we. Endowed with words. Plans. Who will explain to us how it was. Everything before it became.  Who will draw the plans.”

Kate NV’s new record is a dazzling treat. Not only is it wonderful for the ears but it also hands listeners a key to opening up the curious and escapist parts of their minds.