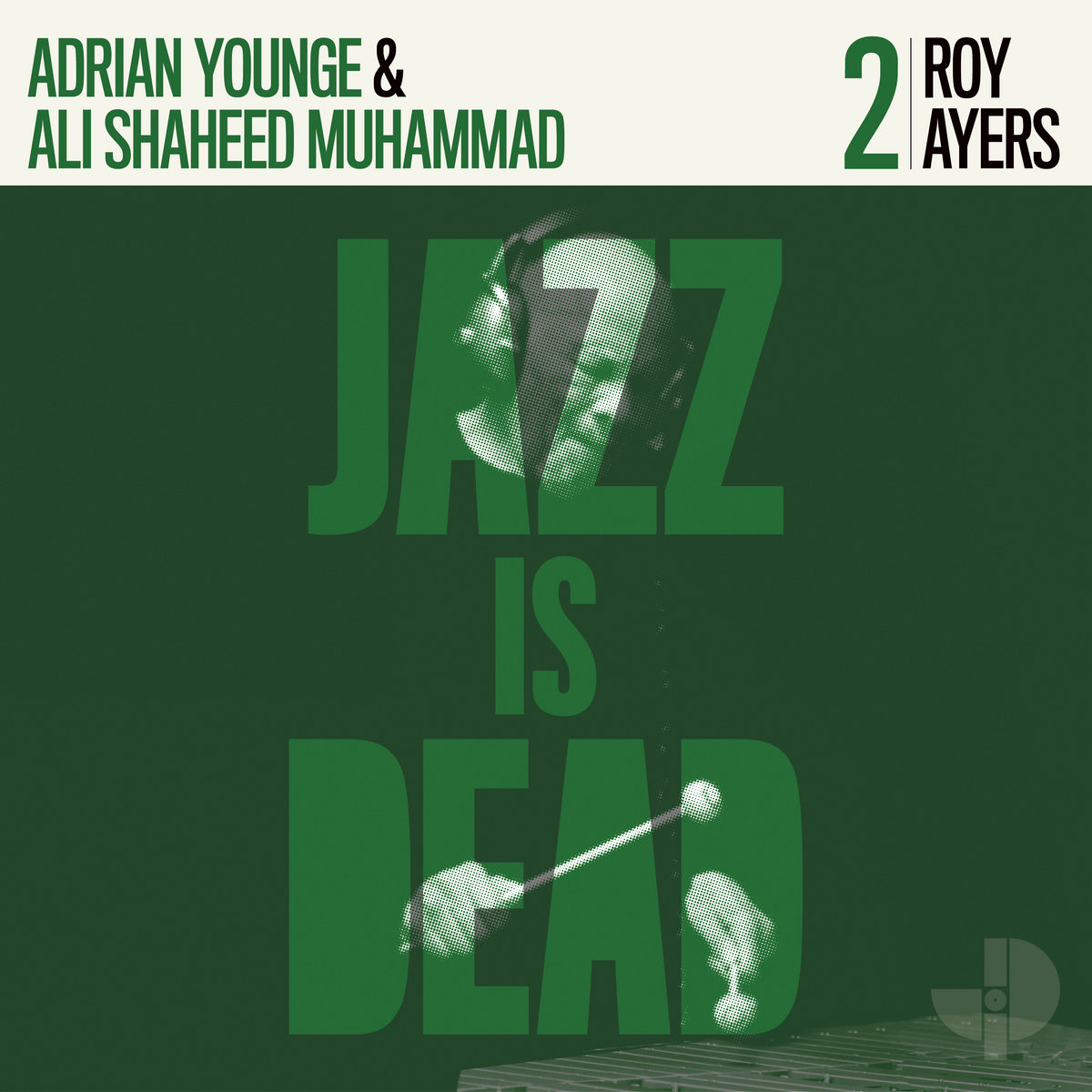 In the week that Bob Dylan becomes the oldest artist ever to score a Number 1 album of new original material, as well as becoming the oldest male solo artist to land a Number 1 on the Albums Chart, it’s refreshing to see that another 79 year old is back, with his first album of new material in 18 years. Perhaps best known for the sublime ‘Everybody Loves The Sunshine,’ Ayers, known as the Godfather of Neo-soul, continues to bridge the gap between generations of music lovers, but also to bridge the gap between soul and jazz. In the 60’s he was an award-winning jazz vibraphonist, and he transformed into a popular R&B band leader in the seventies.

This album came out of the LA concert series Jazz Is Dead – founded by multi-instrumentalist, producer and composer Adrian Younge and DJ, producer and A Tribe Called Quest member Ali Shaheed Muhammad – comes the duo’s brand new record label of the same name and this is the first release. In 2018 Ayers performed four concerts as part of the series, now eight original compositions from the three make up a new album. So, yes, there’s an impressive pedigree on all sides, but the reality is the album lives up to it. The weather in Britain is predictably as changeable as ever, but here’s a gorgeous injection of musical sun that transports us somewhere beautiful (God knows we all need it after the last few months). The album draws you in with ‘Synchronise Vibration’ the opening track, the aural equivalent of being able to shut your eyes and relax in the sun (and you don’t have even have to worry about social distancing!)

To suggest that an album drifts over you is not a criticism in this case, the tracks merge into one another, in a gorgeous dreamy way. ‘Shadows Of The East’ is a particular highlight, with its modern jazz literally meeting the sounds of the modern east. In lesser hands, the record could stretch out too far, becoming self-indulgent and losing the listener. Credit is due to all concerned that it doesn’t. It’s also impressive to hear a track like ‘Sunflowers’ which sounds timeless (well, from anytime from the last sixty years) showing the influence of Ayers coming full circle, through his original audience through to their crate-digging and sampling children and back again. This isn’t beard-stroking muso rubbish, it bubbles with life and with just eight tracks literally leaves you wanting more.

So, the music comes full circle, the septuagenarians prove they still have what it takes, and here’s a soundtrack with something brilliant for your summer. And Mr. Ayers, if you’re up for stepping in the studio again, that’d be just fine…