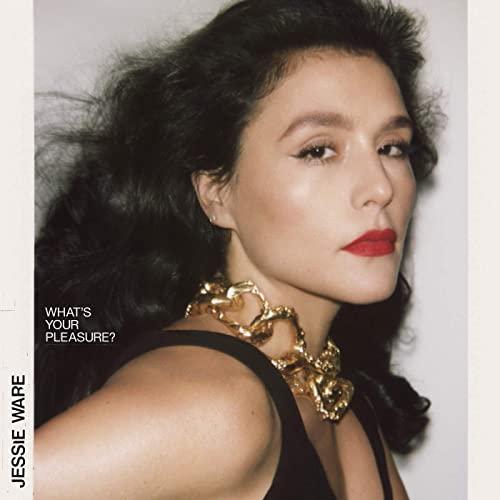 Jessie Ware’s last album, Glasshouse, came out after she got married and her first child had arrived. Those life changes were reflected in the autobiographical themes of the album, with odes to her husband and son. Since then, Ware has had another child and has become a different kind of star thanks to her food-inspired hit podcast, Table Manners. Whereas Glasshouse was constructed around her personal life and had a slow pace with a smattering of romantic ballads, she aims for a different kind of intimacy on her celebratory follow-up. This time every moment is a whisper or a glance across a crowded dancefloor from someone who wants to reconnect and have fun.

Ware laid the foundations for heading back to her dance/electronic roots with her 2018 single, ‘Overtime’ (the omission of which is the album’s only flaw). After another handful of divine singles (including the gorgeous swirling love declaration, ‘Adore You’, the bouncing Tom Tom Club-inflected ‘Ooh La La’ and the slinky 70s funk-led ‘Mirage’) there was anticipation that she could top ‘Devotion’ —  her near perfect debut. Each single creates a place where Ware is the coolest and most enigmatic person in the club (which is a delightful contrast to her quirky personality). This album is often a way for Ware to have an outlet for expressing desire, need for escapism and a reminder to take pleasure from life.

On ‘Spotlight’, Ware introduces us to her new outlook. She’s passionate and self-assured as she teases, “Ain’t enough to say that I think of you. Words can never do the things that I need them to, tell me when I’ll get more than a dream of you?”. The flutter of the beautifully weightless strings and soft disco rhythms are inhabited by her sensual delivery. As with every song, ‘Spotlight’ is full of neat production details such as the synth hiccups in the middle eight, and the strings after the first chorus that eventually blend with her vocal topline towards the end. It’s a minute and a half longer than the single edit, but it’s still too short.

‘Save a Kiss’ finds Ware giving a smouldering vocal over the same fizzling layers of disco, R&B and 90s deep house music that shapes some of Robyn’s best work. The pulsing synths and a euphoric gospel-led chorus make it one of the album’s most evocative moments. The title track has a catchy rubber band bass-line and bursts of cosmic synth lazers that are nods to nu-disco. Both of these make her admiration for Róisín Murphy obvious. It sounds contemporary, but her love of 80s pop and 70s disco shines through as she coos, “I give you love, you give it back to me. Who can deny this perfect symmetry”.

James Ford co-writes and handles a lot of the production. He does a fine job of layering these atmospheric songs while also letting them have the space they and Ware need. Ware carefully chose other producers who understood the kind of warm dance record she aimed for. Morgan Geist produces one of the album’s most vibrant tracks, ‘Soul Control’, which recalls his underrated Double Night Time album. There’s also a spot of early 80s Madonna and S.O.S Band, too. Kindness helps out on the brooding city pop of ‘In Your Eyes’, which is built around a striking string arrangement and a moody hypnotic bass-line. The nod to the controlled late-night electronica of 90s Everything But The Girl and Tracey Thorn’s excellent solo albums is welcome, as are all Ware’s musical touchstones.

‘Step Into My Life’ has Ware sounding as sultry as she did on Devotion and her early collaborations. The elegant Trevor Horn-styled brass adds the right amount of drama and plants the idea of a future Bond theme. When the album comes to a close with the heavenly ‘Remember Where You Are’, it’s the closest she gets to a ballad. The emotive old-school soul evokes Minnie Riperton’s ‘Les Fleurs’ and Rotary Connection. Ware gets starry-eyed singing, “We are the last ones of our kind, freedom of our hearts and minds. Yes, let our bodies testify and our spirits be entwined forever more”. Lyrically she deals with trying to look forward as things collapse around her — it was written after her disappointment with the results of the last UK election.

Ware has created a stylish album that successfully celebrates so much of what makes dance music so gripping. From 70s/early 80s disco giants (Chic, Evelyn “Champagne” King and Taana Gardner), to the those classic 90s dance singles released on Deconstruction, to Pet Shop Boys at their most stirring and the disco chasing side of George Michael. She transcends her influences because the songwriting and her performances are so sharp. There’s poise and command in her delivery as she swoons around this luxurious and sophisticated album. The grooves are captivating and everything is well-balanced and tied together with immaculate precision, with an additional boost from the glow of her infectious optimism.

When Ware asks the question ‘what’s your pleasure?’, there’s a knowing wink and confidence that she may well have the answer. She isn’t wrong. She’s never sounded this bold and carefree before, and it’s a revelation. All these factors make What’s Your Pleasure an exceptional and life-affirming album that could keep company with 21st century disco pop classics such as Discovery, Fever, Overpowered, Honey, Hercules & Love Affair and Anniemal.