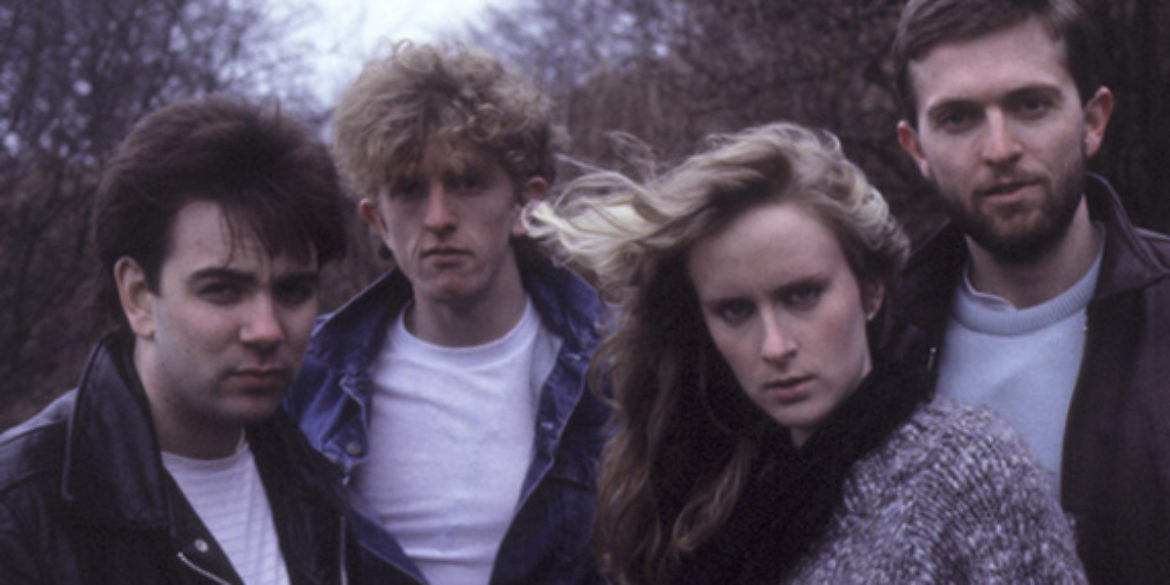 From the opening swathe of keyboard notes that illuminate and a wandering bassline, ‘When Loves Breaks Down’ is immediately inviting. Paddy McAloon of Prefab Sprout possesses a sublime voice at once bristling with regret and wistful soulful, an excavation of how the ties that hold a relationship together can distintegrate due to distance. “Absence makes the heart lose weight” sings McAloon, his words dipped in the tender brittleness of a man who has felt the pain of dissapointment and heartbreak. When the chorus hits, it swirls fleet-foot into a wonderful jazz-flecked crescendo with the aid of pianos, percussion that unfurls from clipped, glacial guitars, and Wendy Smith’s sighing backings. “When love breaks down/The lies we tell/ They only serve to fool ourselves” emotes McAloon; it’s a vivid moment of clarity and unversality, a melodic peak that raises the hairs on the back of the neck every time I hear it. It’s also a timeless and peerless pop song.

“It is a very personal song,” McAloon told Melody Maker. “It’s not that far removed from personal experience. I’ve worked so hard, it’s been to the detriment of other things. Relationships have suffered, I don’t mind saying that. But I know if I don’t work hard I won’t get that golden moment.”

Perhaps best known for the surreal and bouncy tones of radio hit ‘The King of Rock and Roll’ , Prefab Sprout were formed in 1978 in County Durham by brothers Paddy and Martin McAloon, and later they were joined by vocalist Wendy Smith and drummer Neil Conti. Nine of their albums reached the top forty. Adding a heart on the sleeve, and a playful and poetic quality to their music, they produced some of the most beloved pop songs of the 80s and early 90s.

‘When Love Breaks Down‘s glorious parent album – 1985’s Steve McQueen – was one of the definitive statements of the era, daubed “sophistipop” characterised by artists like Sade and bands like Blue Nile, Talk Talk and Aztec Camera. A subtle palette of sounds that has been repopularised and rediscovered in recent years by younger artists. Producer Thomas Dolby, a revered artist in his own right, crafted a wonderful architecture for Paddy McAloon’s songs that tapped into existential themes of the human condition, surfing the textures of pop, electro and jazz to produce subtley arranged, yet gloriously eneveloping soundscapes. He told the Guardian how he managed to pluck a dozen songs from McAloon’s songbook. “Paddy’s bedroom was twice the size of a single mattress. He sat with a guitar and played me songs from sheets of paper. I recorded them all, took them home and whittled 40 down to 12.”

“There was fantastic flair and imagination but the arrangements were hard to listen to, so we restructured the songs in a rehearsal room right down to the exact placement of a crash cymbal – Neil Conti was a tasty drummer. We recorded in a big London studio over three months, which today would only be an option for a platinum-selling band. Paddy’s voice was warm and emotive, Wendy [Smith]’s was pure and pristine – they created a nice aura.”

McAloon told the Guardian recently that ‘When Love Breaks down’ was representative of a change of approach. “I’d always written on an acoustic guitar, but just as we started making records I had a crisis and thought I’d exhausted the guitar and started writing instead on a Roland synthesiser. I was too eccentric or nervous a songwriter to incorporate a big chorus, but when ‘When Love Breaks Down’ came along I didn’t fight it. I wrote that, and Appetite – over a hip-hop type groove on a drum machine – and then ‘Desire As’ in the same week in June 1984.” 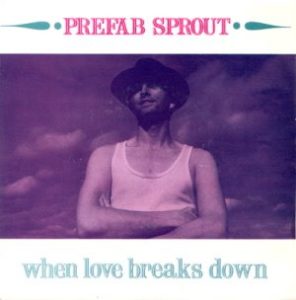 Famously a critic of his own work, including Prefab Sprout’s 1984 debut album Swoon, in an interview with the October 2009 edition of Mojo magazine, McAloon was critical of one of the songs lines in particular: “I became very conscious of other people making hit records and I wanted to be there with Frankie Goes to Hollywood and Scritti Politti. It would be nice to have a song the milkman could whistle, I like the glory of language, the gag. Some don’t work out, like on ‘When Love Breaks Down’ – which I’d always heard as uptempo – ‘absence makes the heart lose weight.’ It seems prissy, glib, too thought out.”

The first single to be lifted from Steve Mcqueen, the Phil Thornalley-produced version of the song, was released in the run-up to Christmas 1984 and was lost in the shuffle. Dolby recut the vocal and remixed the song – a slightly pared back version – for continuity amongst the album’s tracklist. It was second time lucky when it made No.25 in the UK charts (and No.42 on Billboard’s Top Rock Tracks chart) in October of 1985.