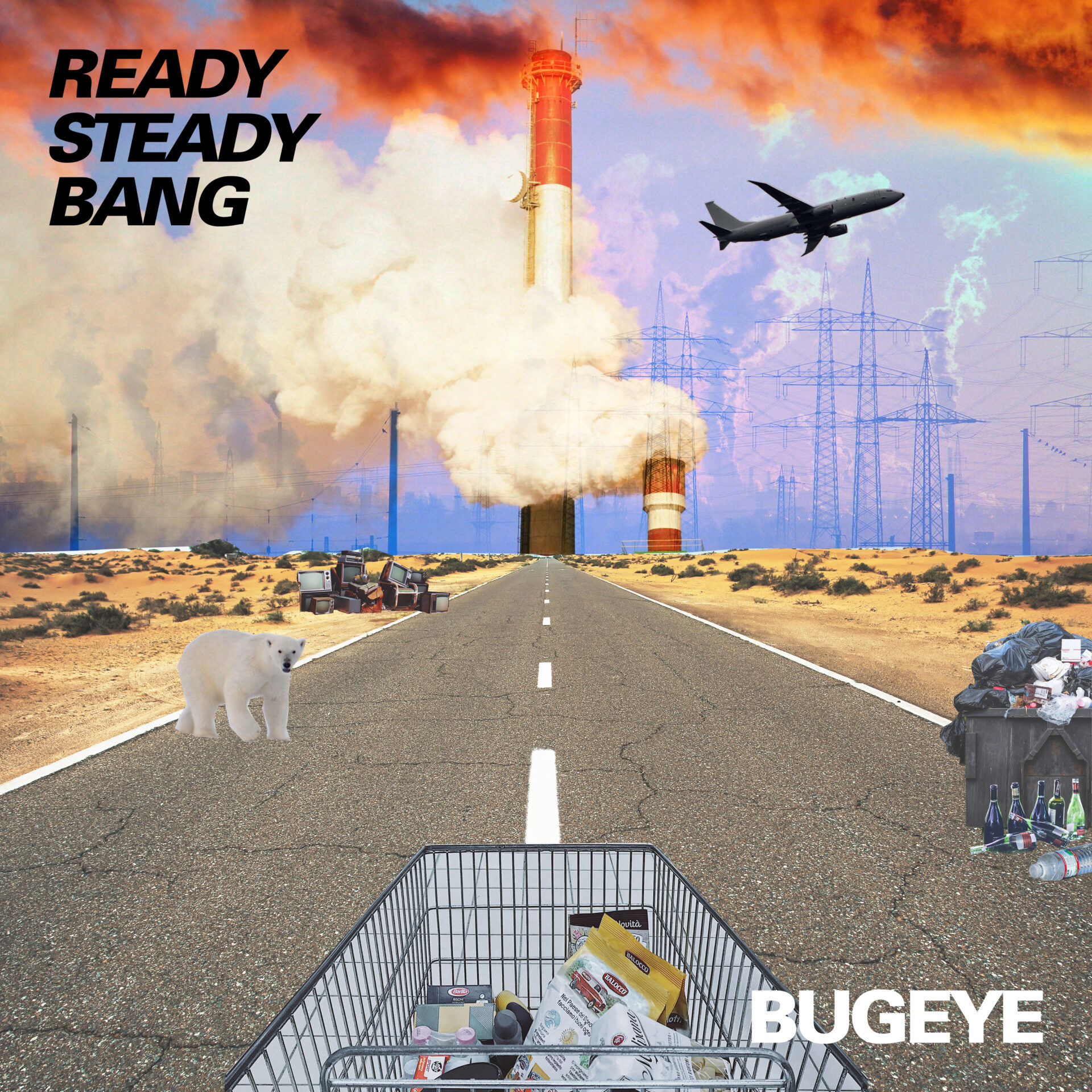 Ready, Steady, Bang indeed. If this record was a can of cold beer on a hot summer’s day, then it barely touches the side. No sooner has it launched itself from the traps than it seems to be over. It is a disco punk version of being tangoed with a bucket of glitter and vodka.

Another band from the Reckless, Yes stable that veritably kicks the door down and takes flight around the paddock for about half an hour and then lies back down for a bit of a kip, before repeating until you’re so knackered you collapse into a pile of disco punk apparel, consisting of glow sticks, wallets on chains and hair spray.

What makes Bugeye stand out is that their synth and keyboard is unashamedly front and centre, all the songs have gaps between vocal lines and bridges between verse and chorus that are filled by huge keyboard riffs where a guitar hook might be. Angela’s guitar is snarling and shredding underneath the surface to give a rock menace that stops it ever being saccharine pop but the funky as hell bass and dancefloor filling drums equally prevents it from being a standard riot grrl punk band.

Early single ‘When the Lights Go Out’ is a perfect case in point. It’s an infectious slice of pop with a keys riff that sounds like it’s sending a message to an alien spaceship.

‘Sunday, Monday’ is it’s equal but a bit more indebted to 90’s classic Britpop, coming in like a Blur album track then a back and forth Elastica would have been proud of, before bubblegum chorus.

The indie disco bangers do not let up as we get into the latter stages of the record which works even more in its favour, ‘Electric’ has a nod to Kenickie in its chorus.

‘Nightlife’ is one part 80’s nightclub and two parts hen do at Reading Festival in 1998. There are so many huge melody hooks and mammoth riffs that you feel you have heard these songs somewhere before down the road but they are all wrapped together with bows from funky 70’s bass, 80’s synth and 90’s guitar pop that it feels fresh and new.

‘On and On‘ has Duran Duran crashing into Catatonia with Sly and the Family Stone providing CPR on the side oh the road.

‘Shake and Bake‘ is a TV advert if Homepride had used a Shampoo and Republica collaboration for the soundtrack.

What is a crying shame is that we can’t see them live in full flow. This album is desperate for the full band gig experience but we’re just going to have to be patient.

In the absence of that, it’s Friday. Stick this on loud with a massive gin cocktail, hang multi coloured pants off the lights, put your glad rags on and go nuts. Cos when the lights go out, the nightlife is electric. Don’t stop. Don’t worry about a breakdown. Leave that till Sunday, Monday. It can go on and on.