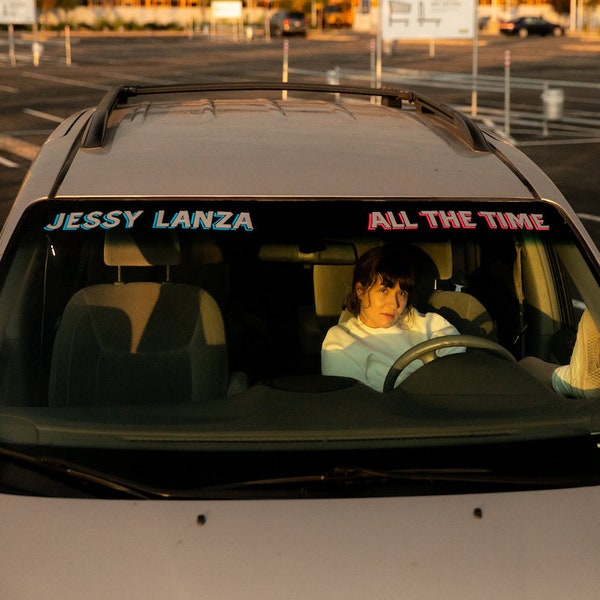 To describe Jessy Lanza in an oversimplified manner, imagine a pop spectrum R&B singer such as Janet Jackson and Mariah Carey having their vocals manipulated and given a disorientating edge in the vein of Grimes or BEA1991. This is because Jessy Lanza is a beautiful contradiction. The San Francisco-dwelling Canadian’s third record All The Time is both smooth & jagged, her silky soprano voice is sliced up with unpredictable and beautifully disconcerting electronic patterns. What makes the album even more intriguing is that Lanza and her omnipresent production partner Jeremy Greenspeen are curious synthesizer & analog nerds. It’s their arsenal of keyboards (a mix of the vintage and new) and the way they approach their production choices by embracing mistakes and undertaking live experiments that make it a fun and free-spirited listen. They sound like they are enjoying themselves throughout. Ultimately it’s an album that will make music technology drool more than lyrical wordsmiths.

“Once I’m spinning. I can’t stop spinning,” sings Jessy Lanza on the oddly-titled ‘Lick In Heaven’. The lyric sounds like she is referring to her hyperactive compositions. Written after an argument with her partner, it’s actually about losing control over your extreme emotions and not knowing how to control the sudden outbursts: “I can’t predict it. I’m gonna act, instead of look cute. Keep focus on myself like anything. Feeling like I’m going off-track. A sweet excited.” On the sparkling single, Lanza plays with lots of layers of vocals and techno effects of the 1990’s associated Roland SH101 (also used in the Beverly Hills Cop-evocative ‘Over and Over’). The techniques intertwine in an overlapping manner that it gets hard to tell which is a vocal and which is a synth.

Arguably the best track on All The Time production-wise is ‘Alexander’. Starting off as a cover of an Alexander O’Neal song – hence the title – from 1985 called ‘A Broken Heart Can Mend’ and although it broke off from that idea, it still maintains a similar slow jam tempo. When Lanza sings “Would you rather be lonely?” it sounds like it’s in the same key as the inspiration’s chorus. But what’s even better about the track is the combination of nostalgic pop glow with oddness. Jessy Lanza’s tone makes her sound like Mariah Carey but the reverb implies a sense of malfunctioning. The synth Roland JX8P which at point one gives the track a beautiful Rain Man atmosphere and the knocking Roland CR78 – an instrument associated with Phil Collins and Daryl Hall & John Oates – firmly place it the colourful eighties territory, yet a falling Shepard tone swirls with unease and mischievous intent behind the radiance.

‘Face’ – a track that’s quintessentially Jessy Lanza in its hyperactive electronic R&B style – also evolved during the process. Starting off as a Drake sample and then becoming a mash of modular experiments (this time using more contemporary synths Moog Mother 32 and DFAM for the percussion) that include what Lanza and Greenspeen perceived as mistakes. This is perhaps why it jumps so frantically from one time signature to another, as its pure unrestrained experimentation. Furthermore on ‘Badly’ – which sounds like a mix of Yello’s ‘Oh Yeah’ (because of the burping) and The Cure’s ‘Close to Me’ – also features an embraced mistake. The sub bass at the beginning was an error with two samples accidentally being played simultaneously during the production. But Lanza kept it in because the strangeness sounded good.

While the previous tracks play with a false sense of comfort by pairing the usually safe sound of 80’s R&B with unsettling quirks, Jessie Lanza’s lyrics and voice can get distorted as a result. The minimal production on ‘Baby Love’ gives the Canadian her most clean vocal performance. The lyrics: “Giving up all my love, giving it all to you. Make me feel something right now. So I’ll love you the most,” are rather sweet. An Oberheim OB-X – which was used in Madonna’s debut self-titled album from 1983 – and Yamaha DX7 (performed on Aha’s ‘Take On Me’) complete the track’s hazy pop dreaminess.

Jessy Lanza laughs cheekily at the beginning of ‘Over and Over’ kinda like Whitney Houston in ‘I Wanna Dance With Somebody’. This encapsulates the unbridled joy that the musician had while making All The Time. This feeling of pure creative enjoyment, along with the erudite gadgetry on show, becomes more infectious on every listen. After listening to Lanza’s latest record, I’m sure it will put many in the mood to buy a retro keyboard and gleefully cover the pop of yesteryear.