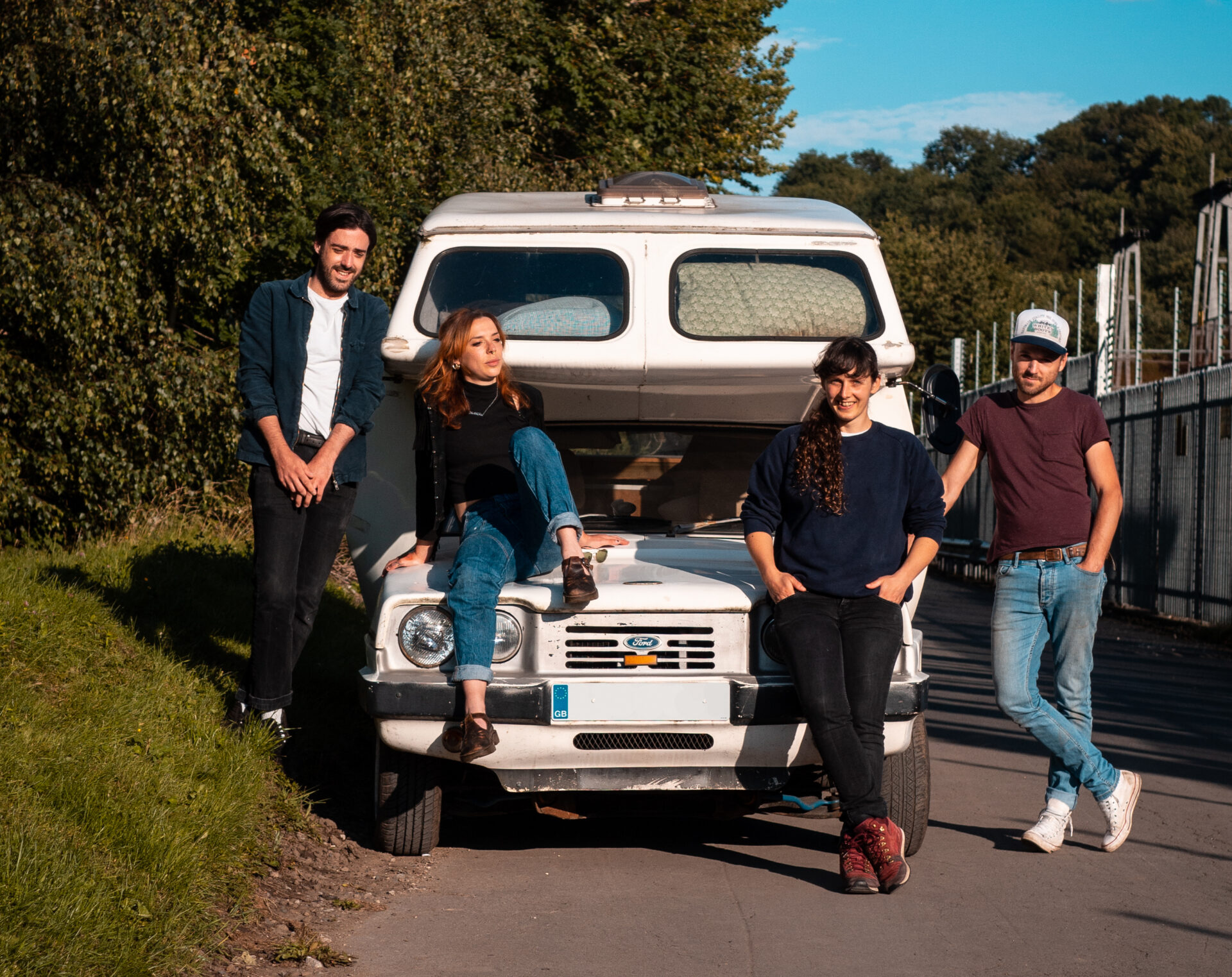 Since their formation in early 2017 in their home city of Leeds in West Yorkshire, Crake have slowly but very surely gathered traction and creative momentum. Three EPs – ‘By The Slime Mould’, ‘The Politics of Lonely’ and ‘Dear Natalie’, released in 2017, 2018, and 2019 respectively – and last summer’s European tour supporting the brilliant Brooklyn band Big Thief have all contributed to their growing reputation for writing, recording and performing the most delicate, mystical and spirited of songs.

The quartet led by singer/guitarist Rowan Sandle, alongside lead guitarist Russell Searle, Rob Slater on drums and bassist Sarah Statham have now returned with a new single ‘Enough Salt (For All Dogs)’, their first self-produced record. Glistening and effervescent by design, the song just seems to float into view before it holds you in its thrall for one hundred and twenty eight perfect seconds.

‘Enough Salt (For All Dogs)’ marks the first time that Crake have worked with the American independent record label, Saddle Creek, and the single will feature as part of the celebrated imprint’s Document Series, an ongoing project that begun three years ago and “comprises an exclusive record featuring unreleased music from artists outside of the label’s roster, along with a specially curated zine created by the artist.”

‘Enough Salt (For All Dogs)’ b/w ‘Gef’ is released on the 11th of August 2020 with a second single to follow in September with a 7” and accompanying Zine made by the band.

All links to the new single can be found HERE