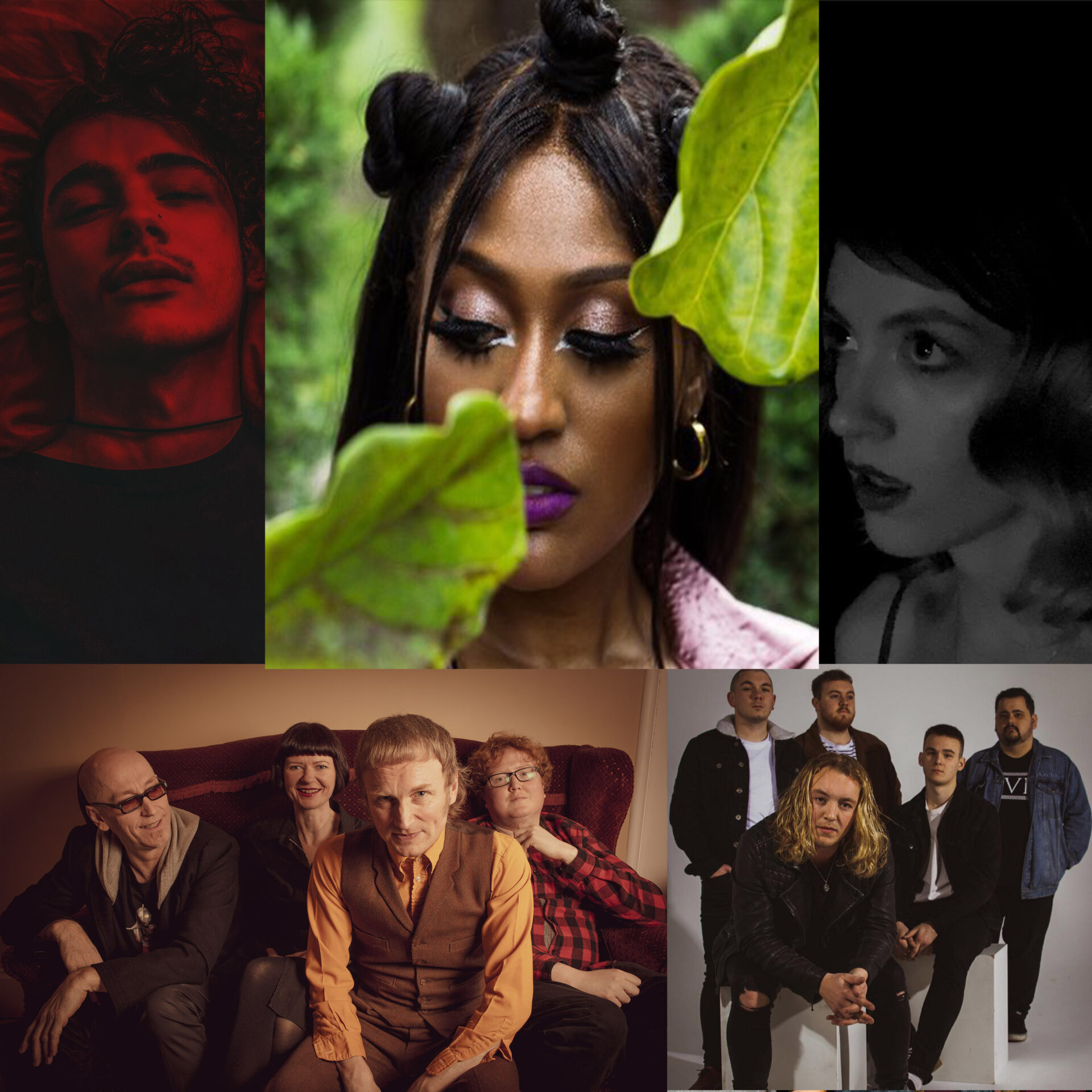 Why we love it? This track is beauty and pain incarnate, a triumphant return for one of the world’s most talented vocalists. A fairly stripped back affair that builds with stunning harmonies and melismatic heaven unlike no other. Lyrically it cuts down to the bone as Jazmine pleads with an old flame not to move on too quickly while also highlighting and exploring her own guilt and selfishness for asking that question. Jazmine has given us a taste, now we want MORE.  (Lloyd Best)

What? The Warrior (feat. Jonatan Bäckelie)

Why we love it? A mind-bending trip that dances on the line where rap and trip-hop meet, this is the perfect showcase and entry point for those discovering Agiris and his unique sound for the first time and an absolute treat for veteran fans alike. The verses spin wildly with fast-paced lyrics delivered at breakneck speed as it crashes into the euphoric chorus filled with space and otherworldly tranquility to create the perfect match.  (Lloyd Best)

Why we love it? A slow burner that climbs into a euphoric storm, with soft synths that swirl across the soundscape with intervals of soft vocals that showcase how intricate and interesting Welsh-language music can be. Gwych! (Lloyd Best)

Why we love it? Instantly gripping with a strumming guitar that brings the energy up as the vocal comes in with confidence and a catchy pre-chorus that drives headfirst into the anthemic chorus that is a wonder to sing along to. When gigs are back on, this will be a track I want to hear live in all of its glory.  (Lloyd Best)

Who? Micko and the Mellotronics What? ‘The Fear’ What they say? Adrenalised by a release consistency like that of the Jam or mid-period Beatles, the no holds barred run of singles continues seamlessly for Micko and the Mellotronics, in the run-up to the release of their debut album. ‘The Fear’ is their third single in less than a year – the follow-up to ‘Noisy Neighbours/You Killed My Father’. Its immediate impact is an overcast fairground vibe redolent of a Ray Bradbury short story. It begins ominously in the fashion of Pere Ubu’s ‘My Dark Ages’. Why we love it? Micko has a very didactic way of singing like a post-punk Curtis Mayfield fronting 23 Skidoo, with his eloquent Northern tones taking center-stage. The backbone of the song is an uneasy shuffle synonymous with the ‘current climate’, with Specials-like horn interjections courtesy of long term collaborator Terry Edwards. The listener is oddly reassured and inspired to accept ‘imprisonment’ as a means of breaking free. (Humphrey Fordham. Photo credit: Ashley Jones)FFO: The Specials, Pere Ubu, The Buzzcocks, 23 Skidoo, The Only Ones

What they say? Cold Shoulders was written in response to the constant stream of news surrounding environmental destruction and in the song I call out the indifference we all have towards it in some way. The line “only you can save the world” is aimed at those in power able to make a change but also to every person on the planet.

Why we love it? Rippling and shimmering with a 80s soundtrack quality, this sunshine shot of dream pop is laced with ace licks and soaring choruses that reference the environmental damage that threatens our planet. A very promising beginning.  (Bill Cummings)

What they say? “Love Last,” are set in America’s burnt-out husk, along dark highways and desolate lake shores

Why we love it? Swelling with an intimacy and melodramatic atmosphere that envelops and swirls. Eleanor Rose Lee’s fantastic vocals shiver through you like a bitter wind, underpinned by waves of reverb and a Linn drum beat, this lovelorn torch song hangs heavy with heartbreak. This could be on the soundtrack to a David Lynch movie. Absolutely sublime!  (Bill Cummings)