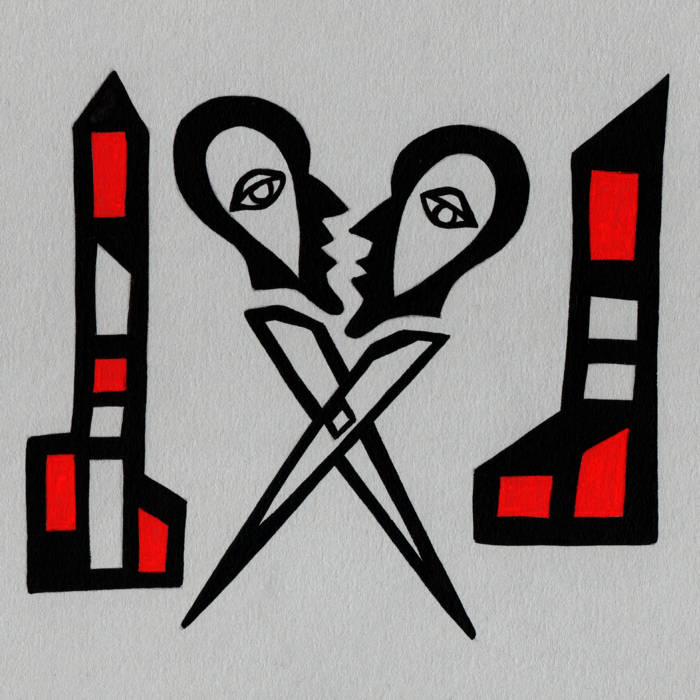 On their fifth album, Turn Back Metropolis, Map 71 aren’t mucking about. Andy Pyne and Lisa Jayne take everything that made their previous albums the gloriously harrowing experiences they were. As with Void Axis and ‘Gloriosa’ they dissect the complexities of modern life through spoken word diatribes and brutalist soundscapes.

Musically, the soundscapes created by Pyne are sparse, but powerful, like a lightweight boxer, and lean more into avant-garde and experimentalism than mainstream conventions. ‘Highrise’ is a prime example of this. Opening with a searing wall of feedback it doesn’t let up for the remainder of its duration. Melodies and rhythms are twined under this initial visceral assault. It’s a hypnotic and breathtaking piece of music that you always manage to notice a different motif. Over, and through, this organised cacophony Lisa Jayne’s vocals are intertwined. “You just have to look, for a change in the eyes, movement on stand-by” and “she got famous, her photo, her face everywhere, open your eyes, she’s abstract” create wonderful images in the mind but offer little about their true meaning. There are no quick fixes, easy answers, or crib sheets. The true meaning of the album is down to the listener. The first time I played ‘Highrise’ I thought it was a scathing attack on celebrity culture. The next time I found it more compassionate towards the people society forgets who just spend their lives hidden just out of view, constantly staring out the window at a life they long to be a part of. The next time I played ‘Highrise’ I thought it was about abducted people being held against their will. And this is the power of the song and Turn Back Metropolis. Depending on your mood at the time of listening you’ll pick out something different. Like a musical Rorschach test. Everyone hears something different.

Turn Back Metropolis feels like a musical time capsule that his distilled everything great and putrid about these times. It’s an album that deserves to be heard by a wider audience as Jayne’s lyrics are a mixture of hope and biting punchlines. Overall, it is a brave and powerful album that builds on their previous four but never feels like they are treading water. Jayne’s vocals have more bite, and malice, to them, while Pyne’s backing tracks are svelte muscular things. They ripple with clever ideas and taut instrumentation whilst having the power to get under your skin. The music is complex yet there is a simplicity to it. Subtle melodies are layered with deep basslines, stuttering beats, and surface noise. In short, it’s everything we’ve come to expect from this pair and a whole lot more.