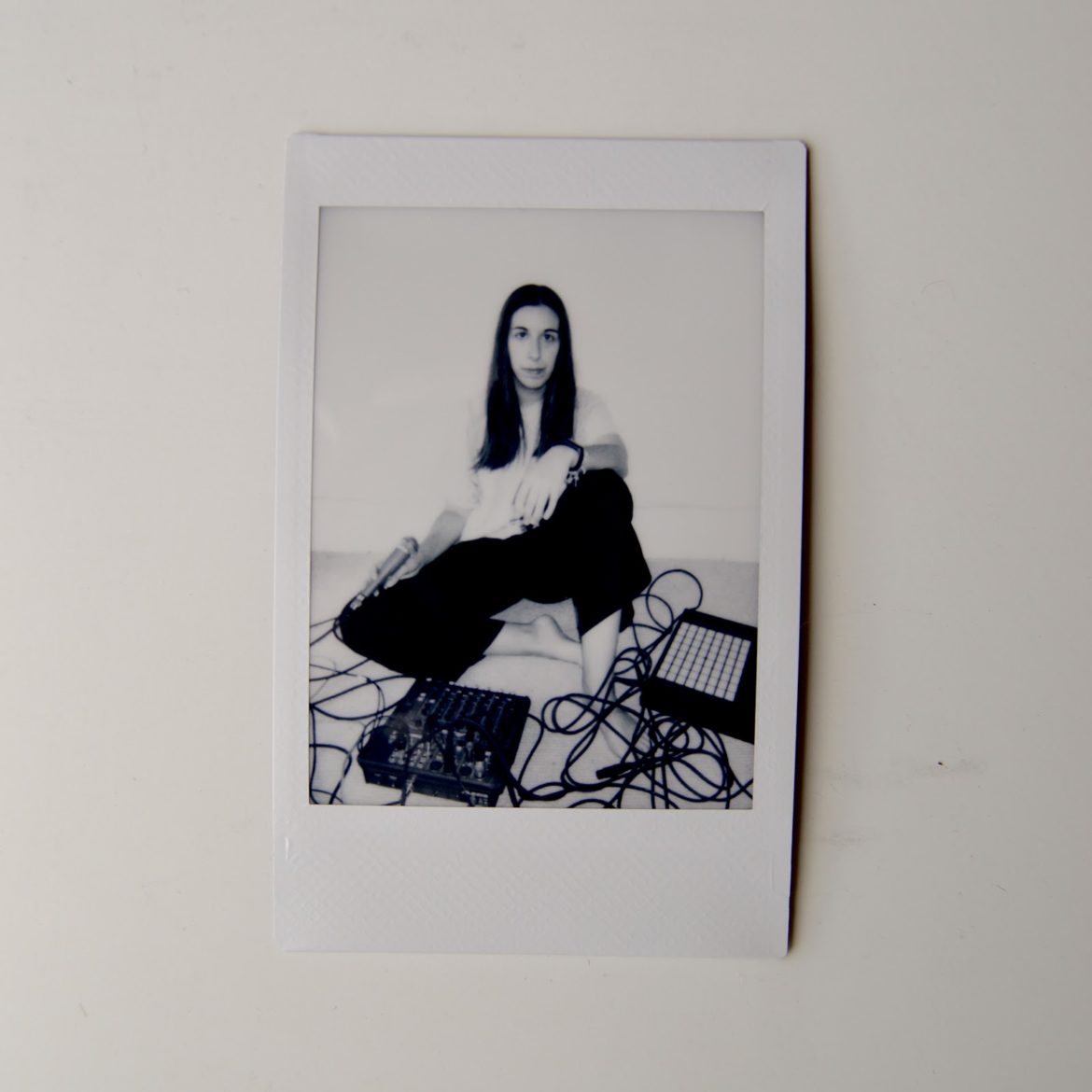 Operating under the pseudonym of anrimeal is the recording project of Porto-born, London-based Ana Rita de Melo Alves, and today she shares a second track from her forthcoming debut album Could Divine. ‘I Am Not’ is a unique and intoxicating trip, a departure from the acoustic tenderness of first single ‘Marching Parades’. To accompany the release we are debuting the new homemade video below, which places Ana’s free-associative poetry front and centre.

‘I Am Not’ builds from a bewitching simmer of idiosyncrasic vocals underpinned by melancholia to a offkilter crescendo of dissociative vocals and discordant guitar. The single comes bolstered even further by an industrial remix from Corvax.

While the rest of Could Divine was recorded solo, ‘I Am Not’ sees contributions from guitarist Huw Roberts and percussionist Miguel Crespo. “The Beefheart-like instrumental chaos at the track’s peak was very much intentional,” says Ana, “And I knew from the beginning that I’d have to ask for help. Collaborating isn’t very natural to me, simply because my work is so personal. In the end, calling on friends for help made this song exactly what I wanted – because of their incredible talent!”

“A ‘computer folk’ record exploring the use of texture, limitation and repetition, Could Divine takes its cue from post-minimalism, particularly Eva Hesse and other women artists who pioneered the movement. Informed by Ana’s full control of the record-making process and the bedroom environment where it was created, the album is a deeply personal window into a protean creative mind – at times devastating, playful, mystical and earthbound, often in the space of a single track.”

Could Divine will be released on limited edition yellow vinyl, as well as all download and streaming services on 20th November 2020.