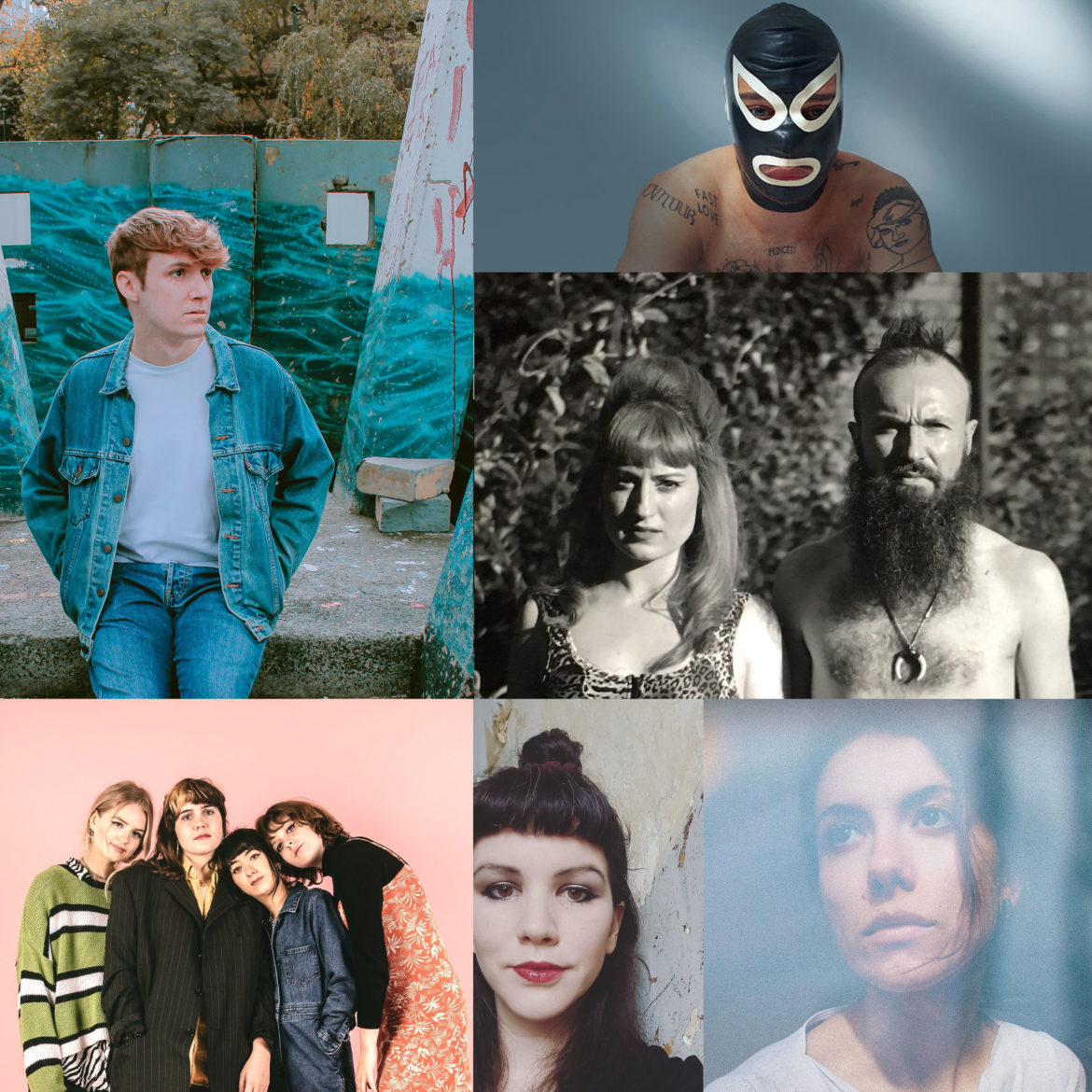 What they say? “It’s a song falling in *love* with a guy coming to the end of their student visa. We hadn’t expressed that we were in love with each other until the day he left the UK to return to Malaysia. Gutted.  This song was written in a few frantic days of despair and writing sessions that substituted sleep. It came together quickly but only after I’d spent a year figuring out what had just happened and what I’d just lost. I like to think that sonically the song sounds like the strangeness of 3am, the backdrop of busses and faint sirens providing the soundtrack to those uncomfortable spiraling thoughts – the things we let slip away, the what-if’s, the things we wish we said sooner.”

Why we love it? Laidback bedroom pop that cuts deep and leaves its mark, the debut single from HULLAH shows off their songwriting prowess and a knack for detailed electronic music production with lots of heart that makes them one to watch out for.  (Lloyd Best)

Why we love it? Filthy and relentless rap dancing over a choppy electronic beat, James Indigo lives out their fantasy in this sultry slice of rap perfection.  Showcasing Indigo’s witty lyricism and polished sound, this is just one bite of their fantastic new EP Married to the Game.  (Lloyd Best)

What they say? It’s a response to the mental highs and lows of being a musician – or any kind of human person really. A great deal of us struggle with a little internal party-pooper, a malignant imp who likes to wait until we’re at our happiest before screwing up her mean little face and blowing mightily on her shit-horn of doubt and regret, leaving our ears ringing and our confidence in tatters as she skips gleefully away. She’s not above putting the boot in when you’re down either; during the downtime in between gigs, or as you’re reading a crap review of a record you spent the last year perfecting, or when you see a hype band flying past at 100 miles an hour to New Music Friday-land or some equally alluring destination. We all have one. We all deal with them in different ways. Here’s hoping that mine has a fear of high-tempo Latin numbers with horns and distorted wailing.

Why we love it? HMS Morris return with an exciting new addition to their discography and a unique flavour of music that is instantly recognizable as theirs and theirs alone. ‘Partypooper’ is fast paced, emotional, tongue in cheek, tender, and more wrapped into one bite-sized sonic package.  (Lloyd Best)

What they say? Fever is a lens into the mind of generation Z, dissecting the vanity that pervades throughout modern living, and turning up the heat by asking “why?”. It’s the kind of track that might have swirled around late-night New York parties at the turn of the millennium.

Why we love it? Jangly guitars, new wave groove, sardonic vocals. LIME return with a wobbly slice of tuneful irreverence. Playful and oozing with personality, LIME’s girl gang sound is fun and knowing, riddled with enough melodic trinkets to capture then attention. This is a bright eyed dissection of vanity, that throws off the shackles of expectation and has a good boogie!(Bill Cummings)

Why we love it? Swelling and spiralling gaze pop that’s punctured by big hearted vocals and soaring melodies. Superb rifffing, brisk percussive elements featuring Woody from British Sea Power on drums and epic choruses laced with a bittersweet quality of the hope and pain of living. Wonderful stuff! (Bill Cummings)

What they say? “Drive is about searching to free yourself from the mundanity of everyday life. It was inspired by a time when my brain was festering in a boring job. I needed an escape”.

Why we love it? Understated and subtle percussive waves pitter patter with intricate guitars and an enveloping vocal as Tully’s delicate and evocative tone gives us a meditative window on escape in our minds when we are stuck in lockdown. Drive rolls into the intersection of dreamy atmospheres and electronic textures. Wide-screen and gorgeously shot.  (Bill Cummings)