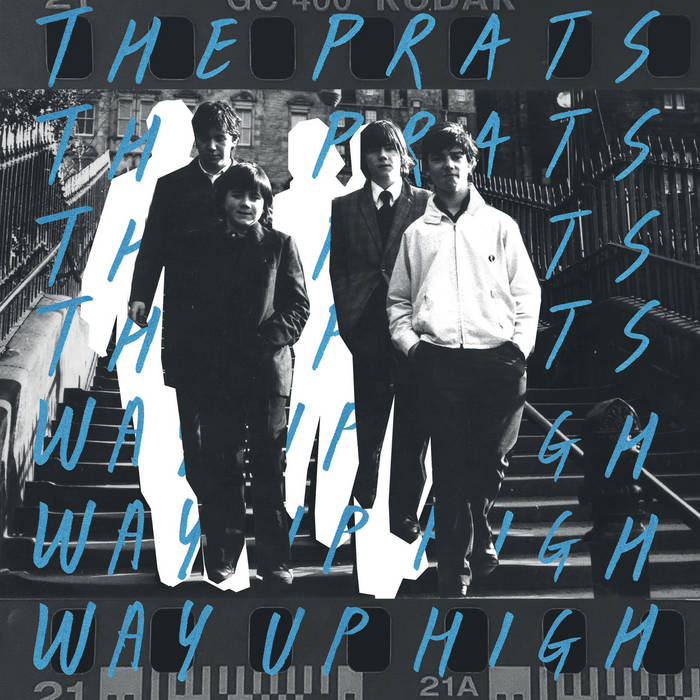 Some years before Musical Youth cornered the market for catchy songs performed by children barely out of Pampers, the punk scene had already banished the memory of horrors like Little Jimmy Osmond‘s ‘Long Haired Lover From Liverpool‘ five years before, and proved that hey, the kids can play, with bands such as Eater, and here, Edinburgh’s precocious talents, The Prats, whose ages ranged between 12-14 at the time.

The Prats were not a great band (though one John Peel would certainly have disagreed with me on that). That said, they were certainly a good one, with at least a handful of great songs. Arguably the best of these was ‘Disco Pope‘, dripping with the raw energy of the New York Dolls, which kicks off this compilation. This kind of tempo is not necessarily typical of the band, however, with songs like single ‘Die Todten Reyton Schnell‘ possessing a wantonly ominous brood that is every bit as menacing as their more successful, older counterparts, despite their tender years.

Interestingly, the band tended to stick with that sound more than the vigorously frantic one that defined the punk scene, perhaps contributing to their lack of commercial success, though it could also be argued that it was this that gave them their identity, and the phased guitars on numbers like ‘General Davis‘, another 7″ release, foreshadowed the emergence of post-punk/gothic big hitters such as Killing Joke. It is, however, the adrenaline-fuelled numbers that make the most impact. ‘The Alliance‘, with its caterwauling, slightly off-key, devil-may-care riffs, and its driving rhythm, thrills us like Gang Of Four did on Entertainment a couple of years later. ‘Inverness‘, on the other hand, is just an unholy racket, but you suspect that’s kind of the point anyway. It’s an interesting curiosity, but not one that many of us would be including on mixtapes, I wouldn’t think.

The inclusion of two demos – ‘Two Views On Life‘ and ‘Walking Dead‘ – are interesting, for they suggest that the band could have chosen a more radio-friendly direction but chose not to. ‘Walking Dead‘ in particular is a pretty Byrds like number that might have seen them propelled chartwards, had they followed that path.

Released in tribute to bassist Jeff Maguire, who succumbed to cancer in July this year, Prats Up High also features a somewhat tinny, yet endearing set of Peel Sessions recordings which reek of the essence of punk’s “you don’t need to be able to play your instruments properly to be able to make good music” ethic. Best of these is probably the compilation’s closer ‘A Day In The Life Of Me‘ and, while I said earlier that The Prats weren’t a great band, I will concede that they were, at least, close to being one.

Prats Up High is out now on One Little Independent.