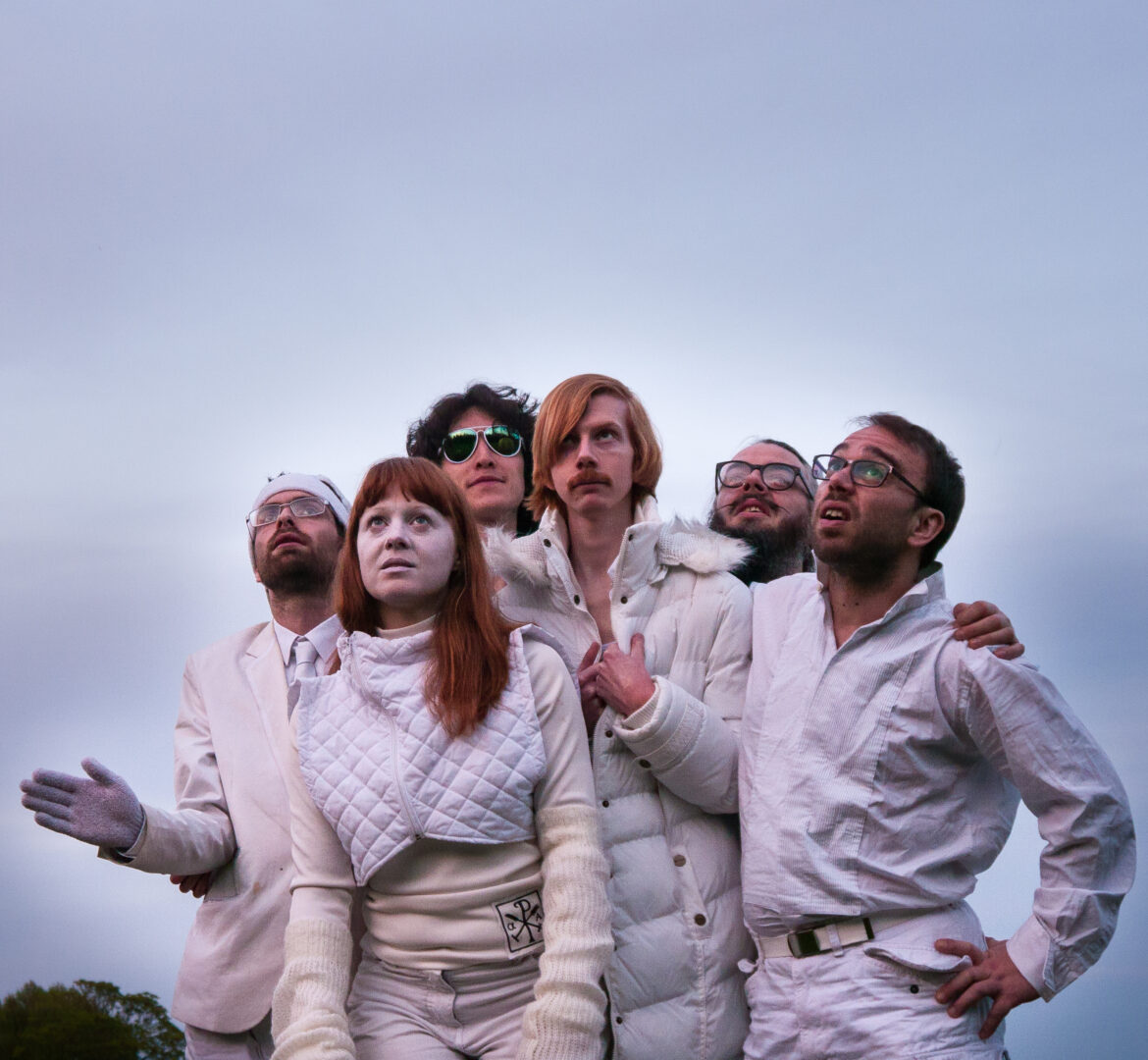 I chose the wrong time to launch a new live music promotion project. When I had the idea to start Buds & Spawn in summer 2019, I was expecting it to be an uphill challenge. In order to get an audience for the weird and wonky music that I wanted to see in Sheffield, I was going to have to start a scene.

Build it and they will come.

My approach to booking acts is genre-neutral, and many of them are little known outside their own micro-scenes. Niche, shall we say? So I wasn’t expecting it to be plain sailing. But I hadn’t really factored in a global pandemic… Had anyone?

If it hadn’t been for the fact that I’d been lucky enough to score some funding from the Arts Council, I would probably have put everything on ice for a year, taken a break and put my feet up (not that I really know how to do that!) A colleague had tipped me off to the Arts Council’s newly launched Supporting Grassroots Live Music initiative just after the very first Buds & Spawn gig in September 2019. The perception had always been that the Arts Council only support ‘high brow’ music like jazz, classical or properly out-there experimental music, so to see them so clearly seeking to support and champion the sort of live music that I enjoy (small gigs, grimy venues, dancing and moshpits) was really exciting. I thought it was worth a punt and, to my delight, they agreed to fund four ambitious Buds & Spawn gigs across 2020 and 2021.

These events would have involved a 9 piece progressive marching band performing gig theatre about the cosmos in a old art deco cinema; found sound manipulators weaving their magic for 30 people in a tiny 16th century half timbered house in a Sheffield park; collaborating with an innovative theatre venue housed in a former Mothercare building to fill the air with experimental electronic art-rock and brass heavy progressive ska punk.

It was going to be SO EXCITING!

But two months into planning this cornucopia of delights for Sheffield audiences, we went into lockdown and well…. You know the rest.  Initially, my plan was to delay – we could just push everything back a bit, yeah? Am sure we’ll be out the other side and back to normal in a few months, no danger. But as time went on, it became apparent that this just wasn’t going to be the case.

My free time (on which Buds & Spawn is built) had totally evaporated, sacrificed to the challenge of home schooling three completely unprepared children whilst juggling the day job. I was exhausted.

And yet. I was really conscious that I was sitting on money that was ultimately intended to pay musicians, services and tech team, all of whom had become suddenly and catastrophically out of work. These were all the people I had wanted to champion with this project, and that hadn’t changed. I desperately didn’t want to hand this money back but I couldn’t see a way through. Many artists were having a go at live streaming gigs, but the quality was so massively variable and the tech challenges so many, that it felt like a high risk strategy to go down that route. I didn’t want to stake my fledgling reputation on promoting an online event that could leave audiences feeling disappointed or shortchanged and I just didn’t have enough budget to be certain that the it would go swimmingly.

The lightbulb moment came when tuning into the first Chaos Theory live stream show. Kunal Singhal (Chaos Theory founder and promoter) is a bit of a hero for me anyway – they’ve just celebrated 10 years of gigs and remain resolutely unbound by genre and with an appetite for the complex, under the radar stuff that I love. Their live stream featured artists from 5 different countries but the critical thing was that the chat and interaction with the audience was live but the music itself was pre-recorded – each artist had recorded their own lockdown session, meaning that they could control the quality and ensure there were no glitches, drop outs or tech delays. The music segments looked and sounded fantastic. Could this be a way forward?

I called in the cavalry and got myself a project manager. We spoke to all of the artists and the technical team who were supposed to have been involved in the original project and devised a new plan. Three out of the four events would become online events and we’d keep the final one in the back pocket as a possible in-person gig in April 21. I was pleasantly surprised at how enthusiastic everyone was to find new ways of doing things, new ways to make some art and get it out there in the world, even if it wasn’t the way we had originally hoped.

Taking inspiration from Chaos Theory’s model of live chat / pre-recorded music, we devised our own Buds & Spawn model. I still wanted to feature a local band on each show but we were worried that they might not have the equipment or experience to film and edit a high quality session. So we hosted a COVID-safe recording day for three local acts to record their sessions, using the awesome tech team and venue that would have been booked for the in-person shows. The ‘headliners’ were all experienced film makers, so we talked through the brief and left them to their own devices to make a new piece of film content to premiere on the live stream shows. Each show will also feature a promoter from another city as a ‘special guest’ to chat about their experience of 2020 and to recommend some new music for our audience.

The first live stream event went out on 22nd October, featuring the intricate and absorbing soundscapes of V Ä L V Ē, (led by composer and bassoonist Chlöe Herington, also of Knifeworld and Chrome Hoof), the stripped back loops of Sheffield duo Persona, and Chaos Theory’s Kunal Singhal as special guest promoter (would have been rude not to!)  The show lived up to its promise of a packed hour and a half of great music, live chat and the opportunity for watchers to ask their burning questions. 120 people registered for tickets to watch the live show (way more than I’d hoped!), the feedback was fantastic and we raised £280 for the Music Venues Trust #saveourvenues fund to boot

I’d spent much time agonising about whether the show should be ticketed or ‘pay as you feel’. I didn’t want cost to be a barrier and wanted as many people as possible to experience the music we were sharing. BUT I felt that we were on dangerous ground, audiences were coming to expect that music content delivered online should be free, when a) the musicians haven’t spent any less time honing their craft than if they are performing a live show and b) the mechanics of making good online content happen are actually very expensive! It felt wrong to be contributing to the perception that digital = no cost. In the end, I opted for a hybrid approach, everyone had to register for a ticket to watch the show, but there was a free option for the ‘low / no waged’.

It worked. 80% of people registering for a ticket chose to pay, and half of those chose to pay extra for a #saveourvenues donation. Amazing!

Sifting through the feedback after the event showed up some interesting unintended benefits of this new way of doing things. Raquel Vogl from Persona had been very much a part of the experimental punk scene in Washington DC and New York before she relocated to Sheffield, many of her previous collaborators were able to tune in and be part of one of their shows in a way that just wouldn’t have been possible before (a vast improvement on mobile phone clips shared on socials!) We had wonderful feedback from audience members who wouldn’t have made it to a live event – if you suffer with tinnitus or any other hearing impairment, the opportunity to control the volume yourself is a massive boon.

The one that moved me the most though was from an audience member with autism who said: “[I] do love going to gigs, but these can be difficult for me and take a lot of effort on my part. I’d never watched a gig online before and found it very easy and enjoyable.. Thank you .. for such a great experience.”

As we’re gearing up for our second live stream event there are further benefits that are really starting to show through. For me, putting local artists on alongside bands touring from out of town isn’t just about keeping costs down or getting a local audience, it is about cross-pollination, raising ambitions and sparking new ideas and approaches. In my dream world, when I put on an in-person gig, the headliner will watch the support band and vice versa and they’ll get into interesting chats about what they love about each other’s music, maybe they’ll keep in touch and….. *needle scratch*

The reality is that the headliners will have popped out to grab some food after sound checking or the support act will have just finished loading out and will be being hijacked by friends at the bar congratulating them on their set. It just doesn’t happen. However! With this online model, the artists and promoter are online together as a group for around three hours (including our rehearsal session and setting up time) They’re getting to know each other. They’re discussing collaborations and remixes. They’re swapping contact details and making future plans! I’m over the moon.

So what does the future look like? Would I replace live in-person gigs with online events? The answer is a categorical no. The online events can in no way replace the live music experience, and when we can gather together safely again, then we absolutely will. However, I do think there is a place for these online events as a complement to gigs. If I could dream big and raise the funds, then I’d want to be doing both. Maybe, with the right venue and the tech team, we could make films of future gigs and then host online events including the artists to premiere the films and create opportunities to chat with audiences. Reaching more people. Accessible to more people. Shouting about the music that I love not just locally, but nationally and internationally. Now wouldn’t that be a nice thing…