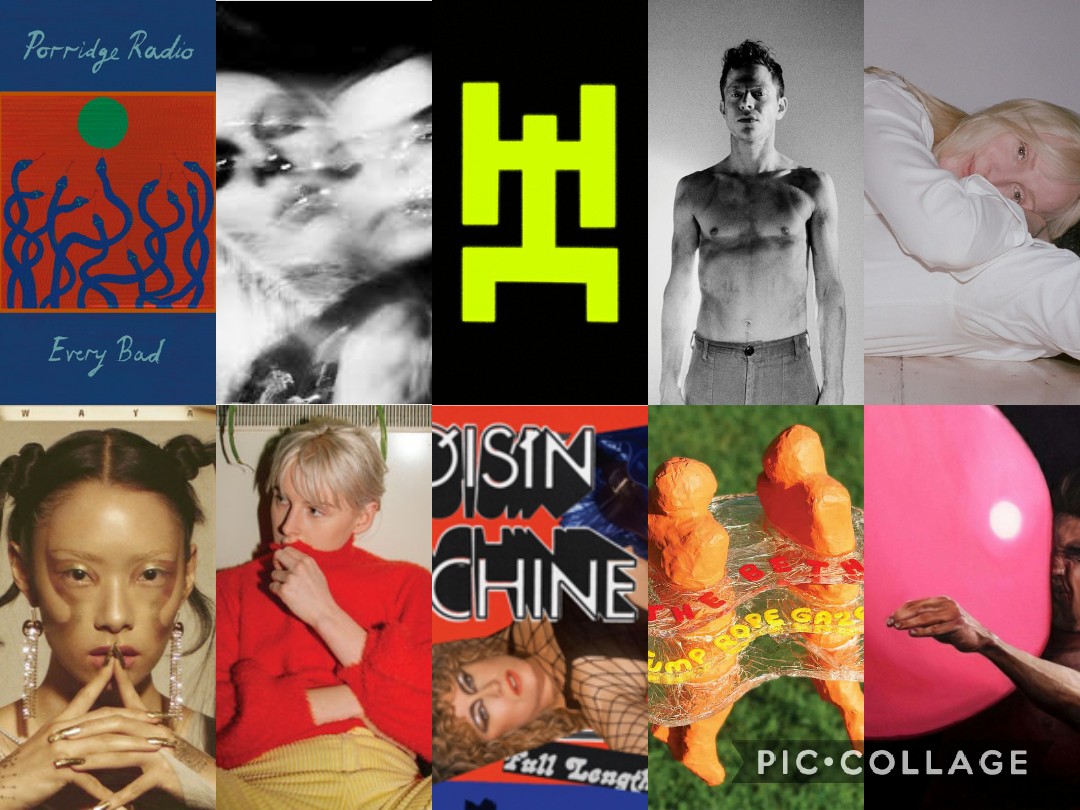 So that was 2020, the past 12 months feels like a void in many ways, without events and social time curbed, lockdowns, isolation, and anxiety, it feels like a year you had to endure rather than enjoy. But on the other hand, a lot has happened too. A global pandemic, Black Lives Matter, Brexit, maddening government incompetence, Trump losing his power over and over again, and lots of great records. Music, culture, and art kept many of us going in 2020; hopefully, we can find ways to show our appreciation in 2021, by supporting your local venues, independent businesses, labels and musicians and artists on Bandcamp, the people who brighten our lives and offer us an escape from the world at times when it’s all too much.

Here are 10 of our favourite albums as compiled by a vote by our writers and editorial input – it’s the most votes we have ever received in a poll! Of course, like all lists, it’s highly subjective, you might have your own favourites but this is a collection of opinions rather than a definitive list. We pride ourselves on championing an eclectic range of emerging and often under-appreciated music alongside some more familiar names, thus our entire list reflects our diverse opinions and tastes.

There was nothing between our top two albums, in particular, our runner up providing the disco ball escapist antidote to the darkness, and our winner’s soundtrack to the crumbling times we live in and staring at the future. Wishing you all a safe and Happy Christmas and here’s to a much much better 2021! Bill Cummings (Editor). 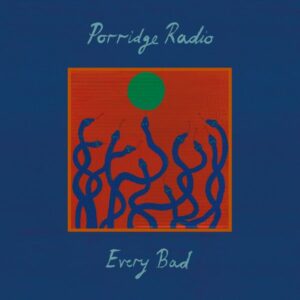 Let Every Bad drip into your psyche though, and you will simultaneously see an idyllic Blur – There’s – No – Other – Way kitchen breakfast table with a pot of tea, a toast rack, jam, marmalade, plates and knives, and a box of oats sitting by the wireless, and then suddenly a nightmare sequence, flashing neon lights, grotesque images, anxiety, pain, longing, hurt and grief. Dana Margolin is pouring every inch of herself into this. (Jim Auton) 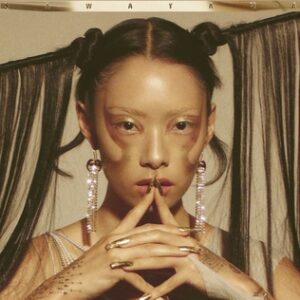 I had only briefly heard of Rina Sawayama before tuning in to her debut album SAWAYAMA and went into it with no expectations.  I did not expect to discover a brilliant slice of pop excellence and to come out of the other side as a glorified stan.  But here we are. Rina Sawayama has a unique point of view, and she’s here to let us know.  She’s not afraid to reference, with hints of many genres, but overall has her own unique sound carved into the pop pie.

The album opens with the glorious ‘Dynasty’, a sweeping dreamscape of floaty synths and soft vocals which grows into an epic rock-orchestra moment as Sawayama belts over an electric guitar.  As we move into track two, ‘XS’, she immediately changes gear.  It’s a stunning noughties R’n’B throwback with hints of rock mixed in for extra measure, think Jojo’s ‘Leave’ (Get Out) with more attitude and a middle finger thrown up at consumerist culture, it’s my personal favourite on the album.SAWAYAMA is a fantastic album with very high highs that make the other tracks seem dimmer in comparison.  There are no bad tracks on this album and it’s a lot of fun to listen to from start to finish. (Lloyd Best) 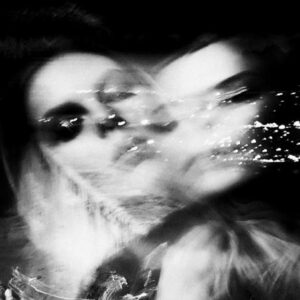 If this year felt like a long dark tunnel with an uncertain re-entry into the light, I Break Horses’ incredible third album Warnings offered a magnificent soundtrack to hang onto.  I Break Horses aka Maria Lindén says, “Each song is a subtle warning of something not being quite right.”  Thus each song concerns existential anxiety and the fragility and precariousness of life and our connections to one another.  It couldn’t be more of a prescient record for the surreal and alarmist times we are living through right now.

Swedish artist Lindén sketches out widescreen cinematic soundscapes and invests them with her magnificently haunting vocals and vast vision. Crafting each song in her bedroom, she meticulously pieces together layers of mellotron, glistening synth loops, and underpins them with a pulsing rhythmic mainline. Six years in the making since the release of previous long-player Chiaroscuro, after numerous false starts, in my opinion, Warnings is I Break Horses’ most definitive statement yet. (Bill Cummings) 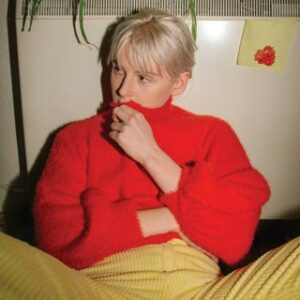 Fenne Lily’s dark humour is littered throughout this stunning LP. Perhaps the propensity for self-reflection and a small dash of pity has to be sprinkled with a dry wit and sarcasm to take the edge off. However, nothing can take away from this finale’s simplistic beauty.

Her first on a big label, she joins a roster that has produced seminal work. Not least her friend, Phoebe Bridgers this year, and Breach more than matches the universally acclaimed Punisher.

If having a laptop stolen and losing books of lyrics is what it took to create Breach then, whilst the journey was fraught, the destination is sublime. (Jim Auton) 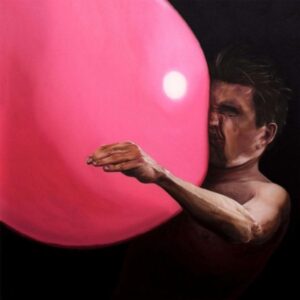 IDLES deal with every issue of the day on this LP, with the exception of the unanticipated pandemic.  Of course, many other acts reflect on topics such as racial, social, and gender inequality, but IDLES do so with a refreshing bluntness only a punk band would be capable of.  Joe Talbot addresses accusations of over-simplistic lyricism with the refrain “how’d you like them clichés?” on ‘Mr. Motivator’.  This is in deliberate contrast with some of his weirdest, funniest lyrics to date.  “Like Kathleen Hanna with bear claws/ grabbing Trump by the pussy/ like Delia Smith after ten chardonnays/ making me a nice cookie/ how’d you like them clichés?”.  If you ignore the enraged verse vocals it is as straightforward an indie anthem as IDLES have ever produced.  They work well in this mode – mosh pit music. Regardless of whether this album changes any stubborn minds on them as a band, it is a phenomenal achievement.  They have matched their last album, Joy as an Act of Resistance, in terms of quality.  It is a release that reaffirms that they are deserving of their position as one of a small handful of current rock groups that sit in the public’s consciousness. (Richard Wiggins) 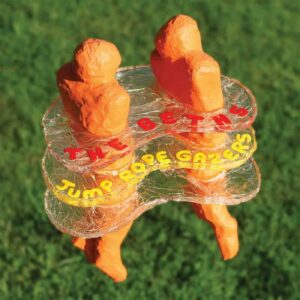 Everything that made Future Me Hates Me special remains on The Beths’ wonderful second album. Jump Rose Gazers confirms the band have the humanity to be relatable, and they have a gift for creating songs that aim for the heart and stay in the head. A lesser band wouldn’t be this effective; being original isn’t what makes the band so endearing. It’s an expert take on this sound because the dynamics of their music are so well-devised that their stories of infatuation, heartbreak, and anxiety already feel timeless. It’s not just a worthy follow-up to their classic debut, it’s also a sign that they’re quickly becoming the best group around. (Jonathan Wright) 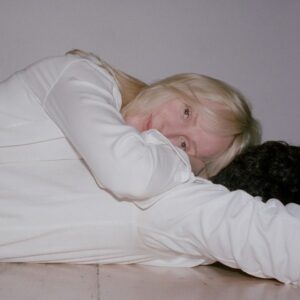 4) Laura Marling – Song For My Daughter

There is a timelessness about the record. At once contemporary, there is also a classic 70’s feel. At times she channels Joni Mitchell, as is her wont, but also the close female and double-layered harmonies and country-tinged production conjures The Eagles, Fleetwood Mac, and Eric Clapton, especially on ‘Strange Girl‘.

Beautifully understated with her perfect diction giving the song, and indeed the whole record, a wonderfully satisfying and calming intimacy.

Above all, there is a beautiful comfort to the record. In an anxious and uncertain period for the human race, we have been given a gift that can calm and allay fears if you let it wash over you. (Jim Auton) 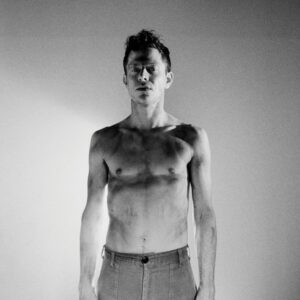 Intoxicating, enveloping, and bold. Mike Hadreas is painting in broad brush strokes here, Set My Heart On Fire Immediately is a record of intense waves of shifting moods, from intimate, and disconnected, burrowing gaze pop (‘Describe’), teetering longing (‘Without You’) to the feather-light pop joy that tiptoes across the contours of melody (‘On The Floor‘), it’s a haunting and illuminating masterclass in songwriting at every step, that delves deeper into his psyche and pushes further at the boundaries.

Hadreas is an artist, a master craftsman, who gets better with each release, his quivering voice and knowing use of textures, atmospheres, and hooks resplendently showing his growth. Reflecting vividly upon identity, pain, hope, queer sexuality, and plunging us all into his orbit, possessed of restraint and extravagance that is balanced artfully as he unfurls perhaps his finest record yet. And that’s saying something. Magnificent. (Bill Cummings) 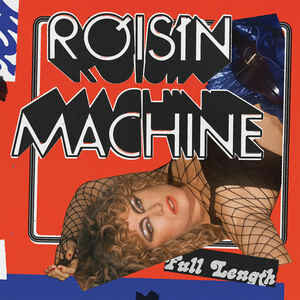 Feeling discouraged about 2020’s restriction on clubbing? Looking for the perfect substitute for the nightclub experience? Look no further than the pulsating adventure Roísín Machine. Built and named after a flamboyant instinct-driven musician who experienced a key club culture in Sheffield first hand during its transitioning peak in the 1990s, the Roísín Machine gives a similar sensory feeling to being in a darkly-lit energising disco bar.

The experience ends with the self-indulgent analysis ‘Narcissus’ and the obsession banger ‘Jealousy’, providing a last surge of retro 70’s disco energy with synth-violin and funky grooves. We may not have the option in 2020 to physically engage in the nightclub culture but accessing the powerful Roísín Murphy machine is the next best thing. (Matt Hobbs) 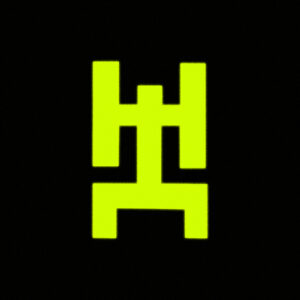 Oh, to be a precocious 17-year-old, with the grapes to rip up his own rule book, despatch a few band members and recruit parts of Drenge and The Moonlandingz to create a formidable live force. And on wax, Sydney Minsky-Sargeant has created a bonafide classic of our age.

They pay homage to famous modern poets, extol the virtues and pitfalls of where they’re from, and spot that someone’s got something stuck between their dentures, all through a cosmic mash-up of EDM and post-punk. Glorious.

The most terrifying and exciting thing is what he and they might do next. His acerbic nature means Sydney won’t pull any punches and whilst this debut was mainly him and Rob Orton in his Sheffield studio, as a band they could be capable of even more. (Jim Auton)

Tim Russell‘s review from early this year described it like this:-

“Working Men’s Club essentially sounds like a mixtape of someone trying to recreate an alternative night sometime back in about 1987, with a bit of acid house tentatively thrown in with the usual diet of Sheffield electronica and Manc post-punk. So opener ‘Valleys’ sounds like you wish New Order still did; ‘John Cooper Clarke’ pays tribute to the great Bard of the North over pummelling electro-funk; ‘White Rooms & People’ sounds like what you’d have got if Mark E Smith had replaced Martin Fry as the lead singer of ABC, all nasal sneers and white-boy funk; ‘Tomorrow’ is a flawless Human League pastiche; and ‘Be My Guest’ melds Pornography-era Cure with pounding industrial rhythms and note-perfect 80s goth sentiments (“Drown in sorrow, never in peace” and so on).

this is a very special record, inspired by a fairly specific past but managing to sound fresh, contemporary, and original, due in no small part to the precocious talent and charisma of singer Syd Minsky-Sergeant, a true star in the making. It’s so jam-packed with inspiration and ideas that it will be fascinating to see which direction they head off into next, and yet at the same time it hardly matters, as with this absolutely faultless debut they’ve already achieved greatness.”