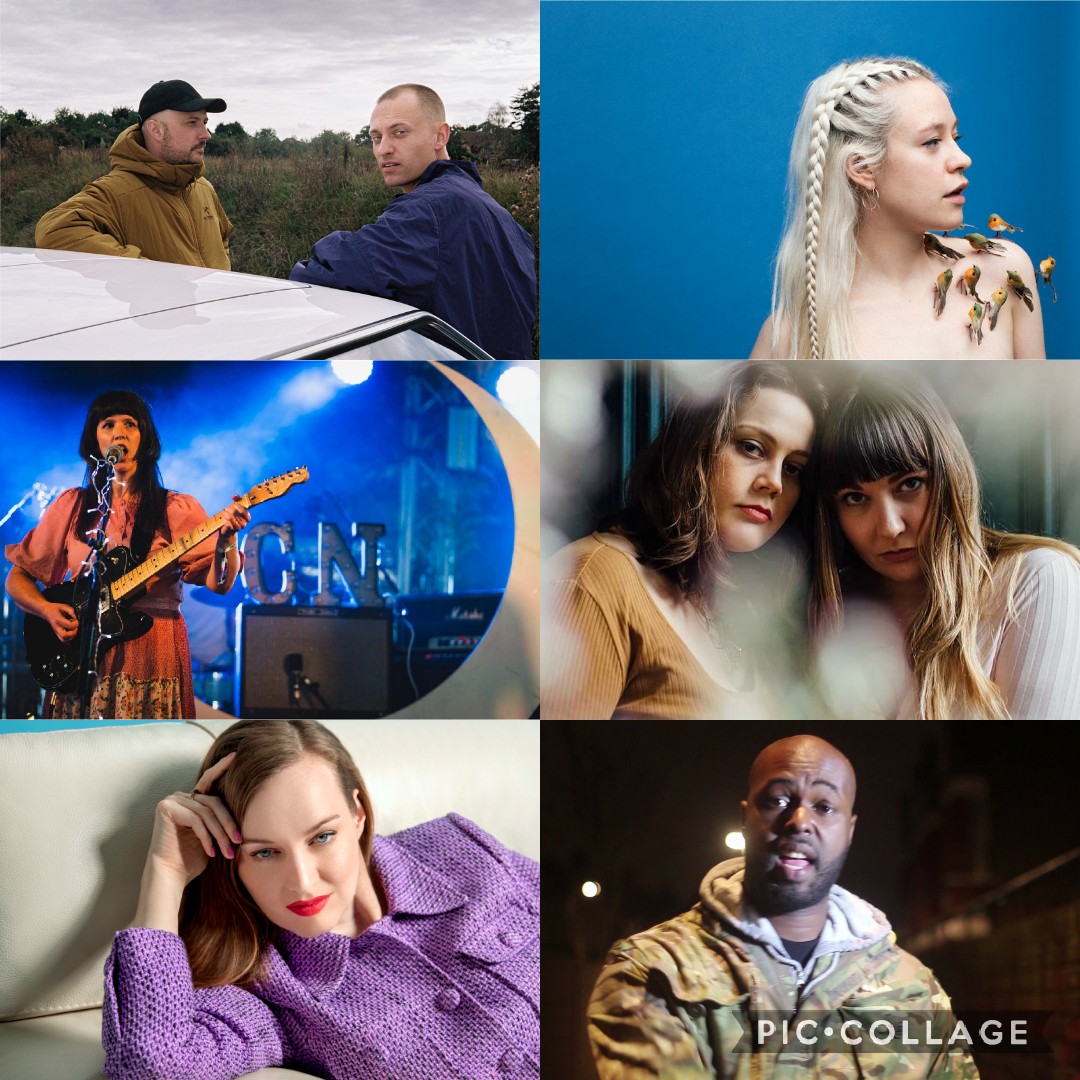 In the first in a series of tips pieces for 2021 this month, we present the first part of our tips from the UK. It will be followed by tips from Wales and the rest of the globe!

Celestial North produces a heart bursting, shimmering brand of gaze pop. She says her music is “a stunning detour into a land of impossibility, terror, and  beauty, often brewing with tension and drama.” She now resides in Scotland her songs are regularly played on BBC Introducing Shows and Tom Robinson played ‘Olympic Skies’ on his BBC 6 Music Mixtape show. ‘You Painted A World‘ was on the BBC Hot List in May 2020 and ‘Winter Circle‘ was BBC Introducing In Cumbria’s Track of the Week

Her recent single ‘Distant Life’ captured our heart late last year. Swelling and spiraling gaze-pop that’s punctured by big-hearted vocals with tinges of Scottish tones and soaring melodies that offer comfort, for fans of the likes of the early Joy Formidable or Lush. Super riffing, brisk percussive elements featuring Woody from British Sea Power on drums and epic choruses laced with a bittersweet quality of the hope and pain of living of following your own path.

She explains “I wrote this song as if I was giving counsel to my younger self. I was thinking retrospectively a lot during lockdown – of things you do when you are young,  people you meet along the way, things unsaid and done, regret and remembrance. These are the experiences that mould you. Coming of age is such a turbulent time, emotions are high and it’s all so weird because as we pass into adulthood we have a deep-seated melancholy for those years. This was like a gentle hug to the young me.” It’s wonderful stuff! After a run of impressive singles hopefully, we will get a full-length album from Celestial North in 2021! (Bill Cummings)

Consisting of Lucy Walters and Gina Revis, the Sheffield-based duo blend phenomenally perfect vocals harmonised to a piano and cello creating an overarching sound that encompasses the sublime. It’s a minimalist, unassuming setup that when live, does not give you any inclination that you about to witness something incredibly powerful and heartachingly special.

Naturally, the band were scheduled to play some dates throughout 2020 that have since been postponed due to the pandemic, if they do manage to get out and about in 2021, we encourage you enough to see them in an intimate venue before they are everywhere and it becomes impossible to get a ticket below £15 and necessary to take a beer shower in order to force your way to the front. (Kate Harsnape)

VSGODCHILD has been peddling his music personally on the streets of various cities for the past few years now. It’s how I came into possession of a CD of his a week or so ago, with the Kingston, North London based rapper – real name Anthony Obozuwa – asking only for whatever kind of donation I could afford. I gave him one pound fifty, which was all I had on me. Within seconds of getting in my car and playing said CD, I realised that I’d got a bargain, for this music really did knock me for six. Intelligent lyrics with a lot of heart and a desire to help kids escape gang warfare and reject a life of crime, VSGODCHILD’s video to ‘How‘ begins with the confession “When I was younger I was involved in crime and other illegal activities,” and goes on to say, “I learned the hard way that life is not as glamorous as it is portrayed.”

But it’s not just this one song – everything on the CD I bought is pure gold, much of it focusing on ways to make a better world, addressing racism and prejudice, often over irresistible beats that owe as much to the likes of DJ Shadow as anyone else. Mark my words, VSGODCHILD’s time will come, and that time surely is NOW. (Loz Etheridge)

Lou Hayter first made her mark professionally as keyboardist for the Mercury-nominated New Young Pony Club, before going on to form the New Sins with Nick Phillips and Tomorrow’s World with Air’s JB Dunckel. Now she is striking out solo, skilfully mining a brand of sophisticated and infectious synth-pop that taps into the Jam and Lewis era of Janet Jackson and the knowing suites of pop explored by the likes of Goldfrapp and Pet Shop Boys. Sumptuous recent single ‘Private Sunshine‘, is a breathy cloud of French touch tinged pop wistfulness. It’s the follow up to the confident funky grooves, knowing hooky refrains, and sparkling synths of ace previous single ‘My Baby Just Cares For Me’. Her forthcoming debut solo album set for release this spring promises to be a treasure trove of sounds. (Bill Cummings)

Overmono signed to XL recordings in 2016, last year’s ‘Everything U Need’ EP was produced in lockdown and its tracks showed off their deft ability to reassemble their vision of club culture. The EP represents a marriage of everything Overmono have done previously, the title tracks infectious and intricate brand of enveloping and layered techno and glitchy electronica harks back to the steel-plated minimalism of the early 00s plus the 90s work of The Orb. With chirruping synths and swelling samples, underpinned by breakbeat influenced rhythms, it showcases their ability to make music that is as enjoyable on headphones as it is in the club. In their own words, “It’s our most complete record to date.”

Overmono were on a roll before lockdown. The duo’s own ‘Le Tigre’ were played out constantly by the likes of Four Tet and Ben UFO, the former also hiring the duo to remix his track ‘Teenage Birdsong’. Thom Yorke was so impressed by the duo’s versions of ‘Not The News’ that he let them release the tracks on their own Polykicks label. They say “Our work together had so far been about exploring and defining what Overmono is… and we feel like we’ve got this now.” (Bill Cummings)

Having appeared first in 2016 with her debut EP, it has taken the intervening years for her to have lived through the experiences that have formed the incredible songwriting and lyrics on her debut LP A Common Turn which is out at the end of the month. Her unique and special vocal style means she stands out from the pack, a classical and soulful voice collides with fraught emotion and powerful will.

Singles released in 2020 included ‘Chelsea Hotel No.3’, ‘Dead Pursuits’, ‘A Common Tern and Corncrakes’, demonstrating the diversity of Anna’s debut record and songwriting on it. From a sexual encounter, through writer’s block, the end of an affair, and self doubt there is an undeniable resolve, a feeling of hope and perseverance.

Ultimately though, her exquisite voice and incredible songs mean that her album will be high on the lists come the end of 2021 and maybe we’ll even have had the chance to have seen her play live.

A Common Turn is out 29th January 2021 on City Slang Records which you can pre-order here. (Jim Auton)