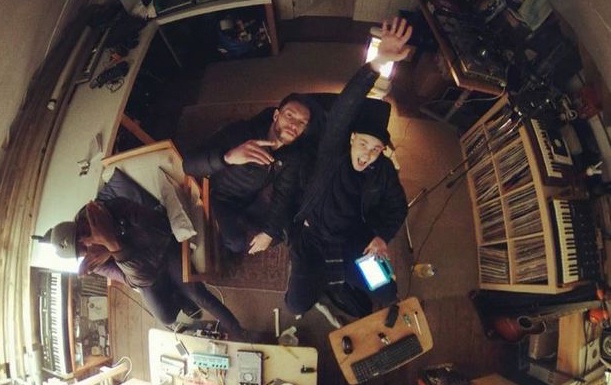 Welcome to 2021, the year when we take Welsh Rap music to the world!

I’m sure none of us are sorry to see the back of 2020, the year’s final blow came when Stagga, my friend, former partner in crime with Chrome Kids, Dubstep pioneer and all round legendary linchpin of the South Wales underground music scene, passed away in his sleep on December 2nd.

It’s still very much a shock but the outpouring of love and adoration for him has been truly heartwarming.

From his early work with long term sidekick Monky as Optimas Prime, an incredible scratch duo who also produced many of the best Hip-hop tracks to come out of Wales in the noughties, to his more recent groundbreaking work with Magugu, he has championed countless rappers here and either provided beats, released them on his Fat Fridge label, mentored them during his time as a youth worker or had them record at his studio.

The shockwaves felt from this loss will be felt for a long time to come but his legacy will continue to inspire others long afterwards. Rest in Power to a truly humble king of the scene.

Stagga’s posthumous EP ‘Call The Cops’ arrived on Boxing Day with the rather spookily placed track ‘RIP’ closing out the release, but we shall no doubt see the fruits of his collaborative work come out for a while yet.

One great new Hip-hop release which dropped on New Year’s Day and was recorded at his Fat Fridge Studios is ‘Great Ape Fist’ by Dick Dastardly, a stalwart of the scene who has been a member of The Hellionz, Triple Headed Beast, Dirty Alex, Red Dragon Gang and Knights of Hell but until now hasn’t put out anything solo.

Most of the younger artists I’ve posted up on this column have strayed away from this classic boom bap sound but one 17 year old from Newport who has just come onto my radar via DJ Jaffa, has definitely embraced it. I would wager that Vision is inspired by the High Focus family (in fact Dirty Dike gets a shout out here) and he’s got every hope of joining them in a few years if he keeps going like this.

Mr Traumatik is one of the most successful Drum N Bass emcees to step forward as a recording artist in their own right.

After forgoing his usual beats for the more Hip-hop led ‘Psycho Active’ album earlier this year, he’s back on more familiar ground with a mixture of jump up and moody rollers to underpin his rhymes on the latest album ‘Dimethyltryptamatik‘, and as the title suggest there’s plenty of shout outs to DMT and various other psychedelics amidst the usual New Age spirituality, anti establishmentism, braggadocio, YouTube paranoia and casual misogyny (I was grateful when Maddy V and Abi Nyxx showed up on a track to balance this out somewhat).

At best he’s like a stoned Dr Seuss and there’s no doubt everything hits heavy, I’m pretty sure I’ll keep coming back to this album but the shock violent fantasies I found pretty hard to stomach at times. However as the sample says on his track ‘Sayonara’ which addresses this darker side, “everybody has shadows…so doing shadow work becomes a form of spiritual practice and integral zen”. I guess I’ll have to accept that.

Also shout out to Skamma who delivers some killer guest verses.

Other Hip-hop highlights for this month include Afro Cluster’s new funk excursion, Rollo’s first taster from his new EP, and I’m going to include DJ Alkemy’s new album Connect The Dots (Vol 1) although he’s opted for rappers outside of his homeland with the majority of features coming from the USA and Canada.

Finally, if you have a few hours to kill and want to know more about Welsh Hip-hop then check out this broadcast from You Call That Radio TV where I go head to head and tune for tune with Jackal Trades, the Scottish presenter, representing our respective countries. There’s over 5 hours worth of Rap tunes from Scotland and Wales on there.