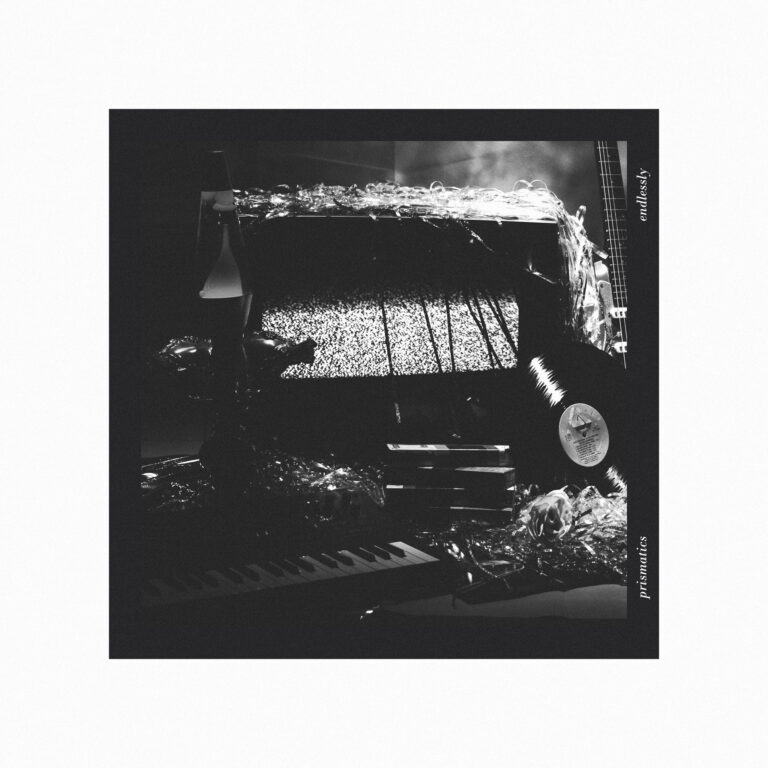 If Kate Bush had been a 4AD artist, I suspect she’d have sounded rather like Missouri based four-piece Prismatics on ‘Outside Looking‘, the opening track on the band’s new EP Endlessly. Similarly, ‘Every Smiling Thing‘ is like Cocteau Twins taking an early morning stroll in the park with The Sundays. Evidently then, you will realise that, unless you are completely devoid of anything resembling a soul, this means it’s bloody ace. ‘Second Presence‘, meanwhile, sees bassist Jo Bossi taking lead vocals in a dream poppy affair, but with chilly Will Sergeant style motifs running through it, counterbalanced by warm synths and a carefree ambiance.

Interestingly, these tracks often feel like an amalgamation of two other artists, creating a fascinating hybrid, and that remains true on the title track, ‘Endlessly‘, which merges the disco-pop era of Blondie with early eighties Pretenders. It’s hard to resist, quite honestly, although why anyone should ever want to resist it is beyond me.

It’s a refreshingly diverse EP that still manages to keep its own sense of identity, to the band’s credit, with ‘Indecision‘ and its pretty vocal melodies really creeping up on you and grabbing you on subsequent listens. It is this track, particularly, that makes me think that Prismatics would be a mouth-watering prospect in a live environment. Sadly in the present climate, I guess it will be a while before I can confirm that either way!

A lot of these compositions reveal themselves to you as they progress, and the final number ‘Our Place On Earth‘ is certainly representative of this – you wonder where it’s going but then it hits you with an unexpected hook of hidden beauty. That pretty much sums Endlessly up in a nutshell actually – “six hooks of hidden beauty” – and I, for one, am excited to see where they take themselves next.