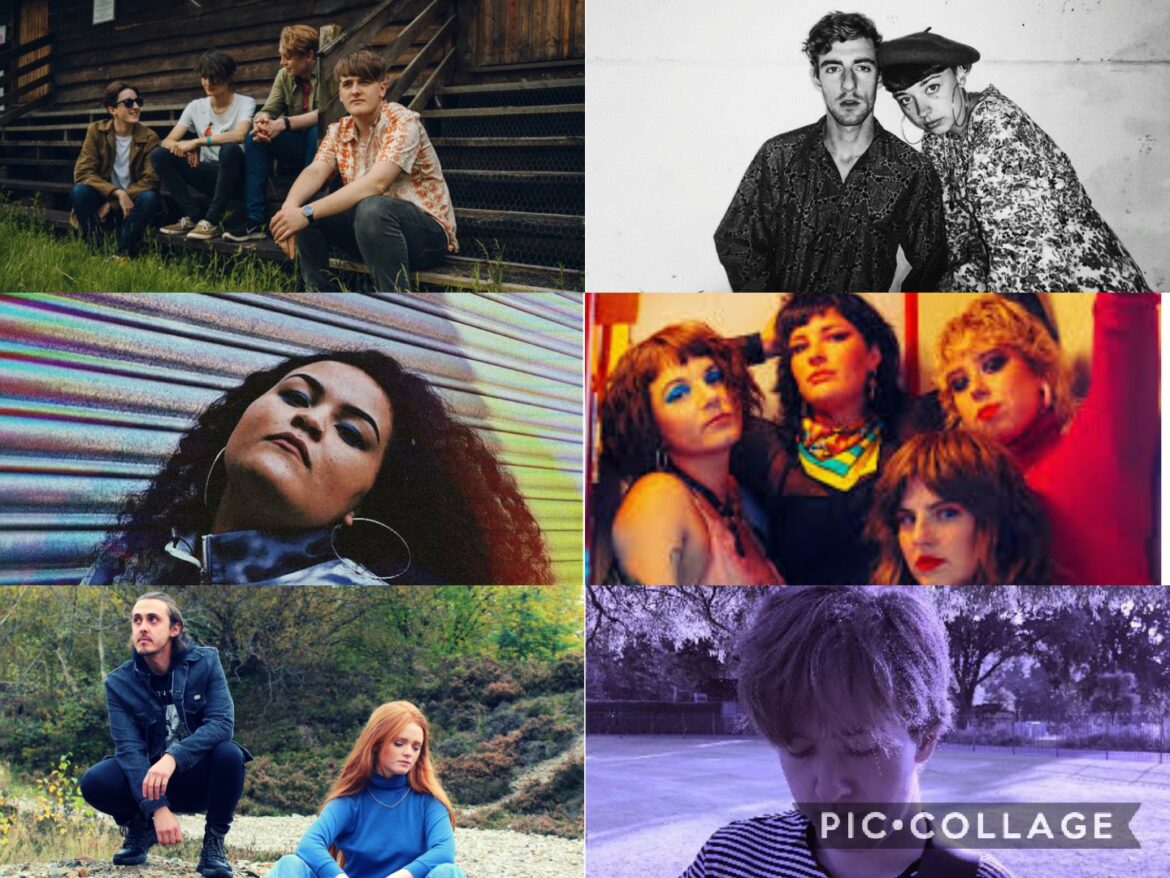 Wales is in the middle of a musical resurgence, the principality is teeming with exciting artists in every genre imaginable, young people who are creating their own history, and forging a new path for the Welsh language music beyond our borders.

It speaks to a new found confidence in the culture and also the talent that projects like Horizons and Forte are fostering and platforming, alongside venues like Clwb Ifor Bach and The Moon Club and a festival like Focus Wales.
With venues shut for nearly twelve months and no end to the lockdown in sight, its a frustrating and difficult time for artists here as across the world. Stripped of their ability to fund themselves through performance they are relying on live streams and the good graces of us the fans through the likes of Bandcamp to support what they do.

Nevertheless, we are here to champion them. It was a hard job to pick just twelve Welsh artists for our tips for 2021, but after much thought we have narrowed down our ones to watch from Wales over two parts, today we present part one. – Bill Cummings

Panic Shack released an fearsome trio of single in 2020 that marked the Cardiff girl gang as ones to keep your eyes on ears on in 2021! February’s frenetic and hooky debut ‘Who’s Got My Lighter?’ and this summer’s blink-and-you’ll-miss-it follow-up ‘Jiu Jits-You‘ showed off their playful attitude and way with a tune. They took it up another notch with the awesome ‘I Don’t Really Like It’ out digitally via Clwb Creative Records and recorded by Tom Rees of Buzzard Buzzard Buzzard at Rat Trap Studios.

Starting out as a more studied version of Panic Shack all insidious simmering post-punk basslines and interlocking group vocals that nod to The Slits and Young Marble Giants – ‘I Don’t Really Like It’ gathers into a strident two fingered rocket to mansplainers. Comprised of Sarah Harvey (vocals), Meg Fretwell (guitar/backing vocals), Romi Lawrence (guitar/backing vocals), Em Smith (bass) and David Bassey (drums), the band were officially formed in late 2018 as an affront to how music can feel like a ‘members-only club’ at the best of times, a phallocracy at the worst. Covid allowing we are desperate to see Panic Shack live! – Bill Cummings

The knowledge that SYBS played Manchester an incredible fifteen months ago  brings with it melancholic nostalgia pangs.

We all anticipated more fruitful results for the year and a bit since, but nevertheless SYBS managed a second gleeful single ‘Anwybodaeth‘ (Ignorance) this summer, a move on from slacker angst debut ‘Paid Gofyn Pam‘  (Don’t Ask Why) showing a sunny side up demeanor despite itself.

And what an absolute treat  SYBS‘ perfect fragile balance of an interpretation of The Velvet Underground‘s ‘Stephanie Says’ was, on the Corona Underground compilation. The band play Immersed! 2021 on 31 Jan in aid of Teenage Cancer Trust and we’ll be keenly listening and watching – Cath Holland

With a personality, talent and a lot to say Gwenllian Anthony from awesome Welsh Music Prize-winning band Adwaith has formed a tantalising new project Tacsidermi. She has been jamming and writing on and off over the last few years with Matthew Kilgariff, who toured as a session musician with Adwaith during their post-Melyn tours.

It took lockdown for them to decide to form a bubble and move into Matthew’s studio in rural Carmarthenshire and start recording. ‘Gwir’ their debut single is a beguiling marriage of both of their influences.

With a swirl of psych tinged textures breaking down into a woozy chorus it is redolent of the likes of Stereolab or Broadcast and could be the mysterious soundtrack to a 70s b-movie. It mirrors the uncertainty and emotional vulnerability of the lyrics and Gwenllian’s restrained delivery that breaks into a self confident chant, Gwen is already a star, with so much to say her own project shows off her artistry and personality even more. ‘

Gwir’ was supported by David Newington (Boy Azooga) on drums and mixed by Matthew Evans (KEYS). We are really excited to hear more Tacsidermi material in early 2021. – Bill Cummings

Eadyth is a prolific artist showing off her skill in many disciplines, singing, song writing and production. Her cutting edge work melds electro, soul, pop and hip hop sound and bilingual lyricism has turned heads in recent years through her collaborations with Endaf.

Her latest EP Harddwch Du is a collaboration with the Ladies of Rage Collective. Translated as ‘Black Beauty’ it explores themes of being Women of Colour, sexuality and empowerment. The brilliant first single ‘Hope’, featuring Asha Jane is a fusion of the two voices and speaks to the hope and unity through struggle.

Eädyth and Izzy worked through lockdown to create ‘Mas o Ma’ a debut EP that skirts the lines between neo-soul and old school hip hop bars woven with personal lyrics and funky smooth and offbeat productions. ‘Meddyliau‘ is a particular standout it laces glowing soulful instrumentals with entwined melodies and illuminating rhymes, its wonderful. – Bill Cummings

Huw Griffiths’ project Y Dail (‘The Leaves’) is a family affair, with sister Elen on bass  and “whoever else is around – to paraphrase Mark E. Smith, “If it’s me and your granny on bongos, then it’s Y Dail,” he says.

We get the light playful humour, a keen freshness and spirit within this tuneful guitar-pop debut. He cites Gorky’s and Super Furry Animals as reference points and they show themselves clearly; and Racehorses leave clear hoof prints. A fine base to emerge from.

We’ll be keep a sharp eye on this 17 year old as he finds his feet, and proceeds to release a string of singles recorded with Kris Jenkins (Cate Le Bon, Gruff Rhys, Los Blancos) and finally an album fingers crossed this year – Cath Holland

The debut single ‘Won’t Lie To You’ from duo Blood Honey is utterly fantastic, slowly enveloping through strums and tumbling drums it catches you off guard hitting you in the heart with the earnestness of its aching bittersweet melody and shimmering backdrops. Isabella’s vocals are a thing of majestic beauty and ripe with a clear honesty, residing with regret and a moment of clarity, “I can’t/ I won’t lie to you” she soars, as guitars spiral skyward, effortlessly possessing the power of early 90s dream pop, The Sundays and the the pop nouse of Alisha’s Attic. We are bowled over by this, its quite an introduction.

Blood Honey is composed of Wrexham based singer-songwriter Isabella Crowther and producer/songwriter Alex Davies. Isabella and Alex have been working together since late 2019, taking inspiration from artists like Jeff Buckley, John Martyn, PJ Harvey, etc. It might be a bit of a shot to tip them on the basis of just one song but its that good. – Bill Cummings