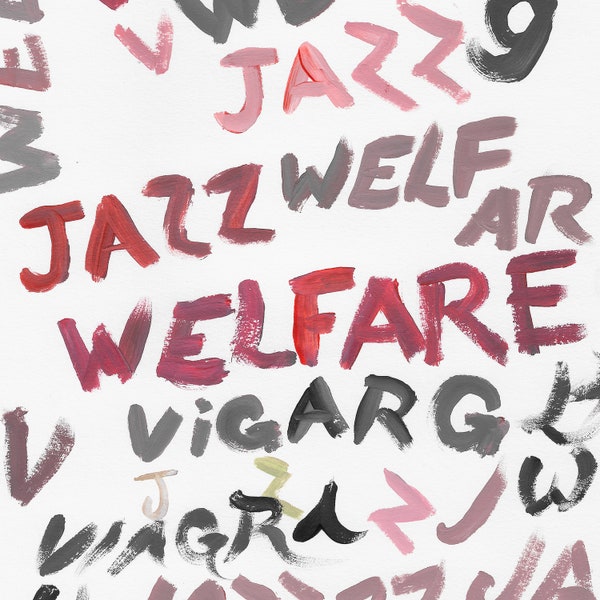 Viagra Boys‘ second album, Welfare Jazz, takes a swipe at misogyny, male toxicity, classism, racism and self-obsession all in one swoop. It’s a fascinating portrayal packed full of contradictions and ambiguity. Sebastian Murphy describes the album as half real-life reflections and half satire.

It moves from post-punk, garage rock, with crossover pop elements, pulverising, disjointed, spluttering beats and hobo lounge jazz that accompany a sweating, sweltering, depiction of characters. In ‘Ain’t Nice,’ Murphy plays a working-class anti-hero, delivered in a self-deprecating drawl, accompanied by a video of seemingly wicked intentions. Murphy speeds back to a life in Tudor times, where he meets powder puff faces and wigs.

As the band seem to totally defy and step around genres and descriptions, you can only watch in total awe at the brilliance and absolute absurdity, as your brain steps into another gear. While
well-crafted there is a sense of improvisation, random sax and a freedom that reminds us of Can and krautrock echoes of The Fall, especially in ‘Shooter‘, a full blown instrumental meshing of a perfectly disjointed post-apocalyptic mayhem. Mark E. Smith, Iggy Pop, or Scott Walker come to mind as Murphy staggers across the video portrayals in a kind of sleazy outcaste celebration.
Pot belly on show, swathed in tattoos and existing purposefully outside the boundaries of prescribed convention, like a dysfunctional soul moshing and locking in and out of time zones,
‘Toad‘ is driving machismo blues, as he growls into the mic, “I don’t need no woman“, in this sexist stereotype. ‘Into The Sun’ is sludgy and passionate, he turns back in a sweating beer guzzling haze, as he aims to win back his love earlier discarded, “I’ll stop drinking and gambling to earn back your love.” In a whirl of confusion, he sinks to the bottom in ‘Creatures‘ 80s synth pop post-punk sounds; he celebrates the underdog in society, in this parody of stereotypes. In a continuation of the film from ‘Ain’t Nice‘, the sax plays underwater, while Murphy visits the Tudor mansion again, floating amongst synchronised swimmers. Sax, horns, spangled keys and sound effects, vocals take on a more mellow and compassionate vibe.

‘I Feel Alive‘ has a Tom Waits rambling feel, hobo jazz blues, muffled vocals travelling free and bitter-sweet, as the tracks get more compassionate, a crack of vulnerability shines, as the journey continues. ‘Girls & Boys‘ is a motoric collection of krautrock beats, improvisational sax, as Murphy casts off a list of definitions in this free association of internal phrases, stereotyping and labels. ‘To The Country‘ is big and majestic, as the protagonist dreams of better things with the lady he loves, he dreams of a simpler life in the country. The next scene takes us to ‘In Spite of Ourselves‘, a duet with Amy Taylor from the Australian band Amyl and the Sniffers, a cover of John Prine’s Americana love song.

As a whole, this mesmerising romp through mayhem and carnage will take you on a memorable journey, profound, joyful, spontaneous and bewildering.  As Murphy peels away the social norms and expectations that surround us, he reaches deep inside to express an undercurrent of suppressed melancholy. An enthralling and insightful therapy session.