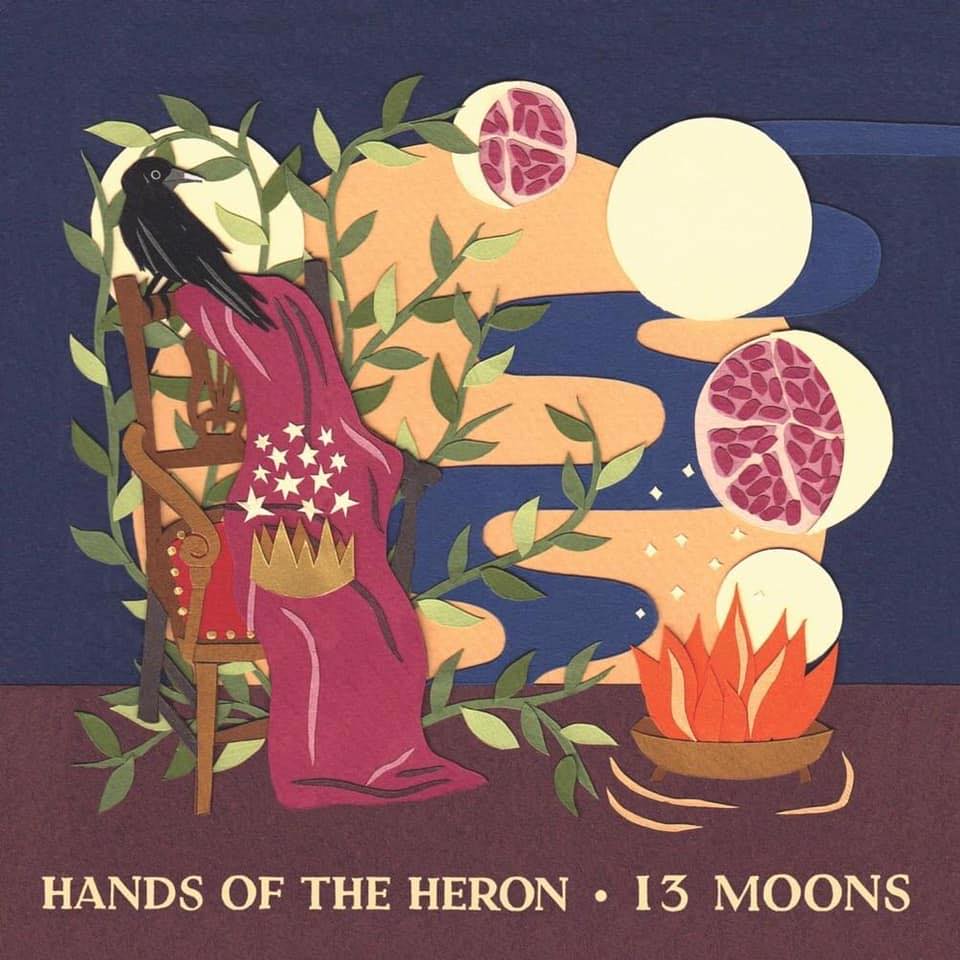 Hands of the Heron will release new album 13 Moons on the 5 February via Cuculi Records, the DIY label run by band members Bethany M. Roberts and Bec Garthwaite. In anticipation of its eagerly awaited arrival the album is preceded today by ‘Softly Spoken Woman’, the Bristolian folk collective’s third and final single to be taken from the record.

The press release describes 13 Moons as “a textured ensemble work; also breathtakingly intimate – the details of each individual voice and instrument discernible despite the complexity of some of the arrangements. From the opening vocal canon of ‘Summer Harvest’ you might think you were hearing something ancient; there’s a hint of Hildegard von Bingen in the close knit voices. It’s a feeling that re-emerges through the album in beautiful, not-quite-classical vocal interludes like ‘Watercolour Fade’ whose long, stony reverb was captured authentically on location at the hundred-year old church of St Annes in Bristol. In ‘Moonbloom’ – the album’s first single, a haunting lunar lullaby – the same classical-inspired vocal style is embedded within a sparse but steady folk instrumentation of rhythmic pizzicato and Bec Garthwaite’s ethereal flute playing. On ’Reckoning’ the intricate intertwining of Bethany M. Roberts’ picked banjo and Tom Yates’ electric guitar beneath the vocals bring to mind Sandy Denny-era Fairport Convention or Joni Mitchell’s Ladies of the Canyon period.”

As for ‘Softly Spoken Woman’, the latest single possesses strong elements of purity, promise and quiet determination as it just gently glides along, central characteristics that are brought most eloquently to life through the exquisite versatility and insight of the band.