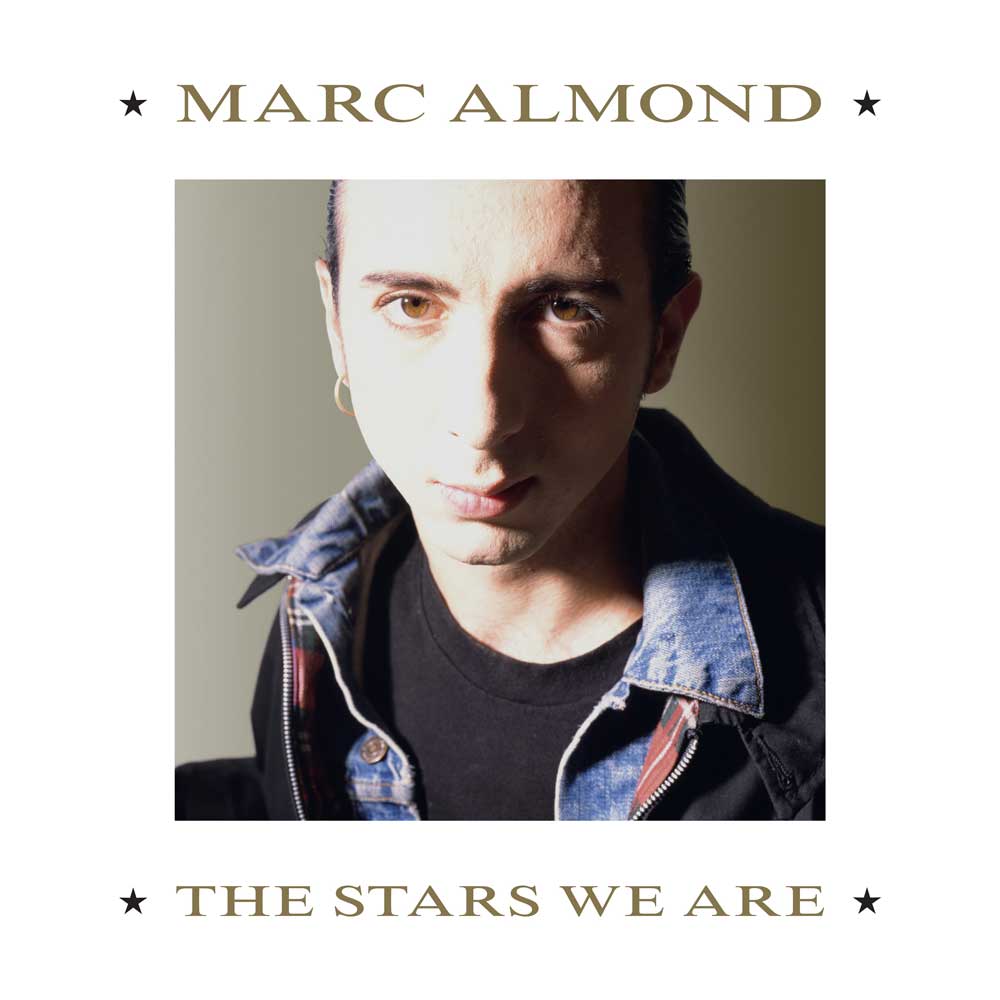 Somewhat surprisingly, this is the first time that Marc Almond’s 1988 album The Stars We Are has been afforded the deluxe or expanded treatment, especially given that it yielded a much-loved Number One single in ‘Something’s Gotten Hold Of My Heart’. That single spent four weeks at the summit early in 1989 after the inspired idea to re-record it with the original 1967 hit-maker Gene Pitney (the album first appeared with Almond’s solo version, though the duet was appended to some versions in the wake of the single’s success).

‘Something’s…’ was Almond’s second Number One, following Soft Cell’s ubiquitous ‘Tainted Love’ back in 1981, but incredibly, between the two chart toppers, Almond released eight studio albums, (three with Soft Cell, two as Marc & The Mambas and three solo efforts), The Stars We Are becoming the ninth during an extraordinarily productive seven year period. I hope you are keeping up, it’s exhausting just writing about it!

This time around, we get the original album, (well kind of; the duet version of the big hit is swapped for the solo take, which appears on CD2), with contemporaneous B-sides on CD1, alternate versions / 12” mixes over on CD2 and to top it all off, a DVD including six promo videos.

And so to the album itself. The first taste of the record came in the shape of the sublime ‘Tears Run Rings’, for my money still the best single Almond has ever been involved with, (do opening lines come much better than “On heavenly rain, you fell into my life”?) In my humble opinion, if this album was going to yield a Number One single, then ‘Tears Run Rings’ should have been it. It was a pointer though to the quality of its parent album – as soon as its title track opener begins, it’s clear that this is Almond at his most cinematic, his most, well, commercial, for want of a better word, certainly compared to the Marc & The Mambas records or solo debut Vermin In Ermine, which were more challenging listens.

Elsewhere on the album, second single ‘Bitter-Sweet’ was another absolute pop classic, with its euphoric refrain of “Oh let’s go, lets go, to paradise Jack, paradise Jack”, while the actual last recorded performance of the legendary Nico was really quite a coup, the erstwhile collaborator of The Velvet Underground adding gravitas via her unique voice to ‘Your Kisses Burn’. Sadly she didn’t live to see the release of The Stars We Are, passing away in the July before the record was released in the October.

’Only The Moment’ was the fourth and final single from the album, and was another classy, beautifully orchestrated song – the use of strings across the album lends the whole thing a lush, expansive feel. ‘The Sensualist’ has an exotic texture and is perhaps closer to something from the solo debut than anything else here. The B-sides from the album’s single releases are also well worth a listen, ‘King Of The Fools’ being my pick. There is also the considerable bonus of ‘Kept Boy’, which features enigmatic German singer Agnes Bernelle, and is a fascinating, epic song which was intended as a bonus 7” for the original album, but was actually withdrawn meaning that a copy would cost you around three times the price of this set alone!

On CD2, we have eleven alternate versions and 12” mixes which are all very listenable and make a really nice companion piece to the album itself. There are three 12” versions of ‘Tears Run Rings’, including the more traditional extended version, the subtly acid house-d ‘Justin Strauss Remix’ (well, it was 1988) and the 7 minute ‘La Magia Dance Mix’, La Magia being Almond’s band, featuring members of former backing group The Willing Sinners. The 12” version of ‘Bitter-Sweet’ is arguably the definitive one (well, I’m arguing it right here), while the ‘Big Beat Mix’ of the track is great too.

To top it all off, the third disc is a DVD featuring rarely seen promos of the singles (including a bonus US version of ‘Tears Run Rings’ and a promo for the non-single title track).

All in all, this expanded collection showcases Almond at his most accessible and features some of his very best work. He has produced plenty of excellent stuff before and after The Stars We Are, but I think that if aliens landed and wanted to hear the record that showed Marc Almond at the peak of his powers, (and they might well), then this could be it.

The Stars We Are: Expanded Edition is released by Cherry Red Records on 22nd January 2021.