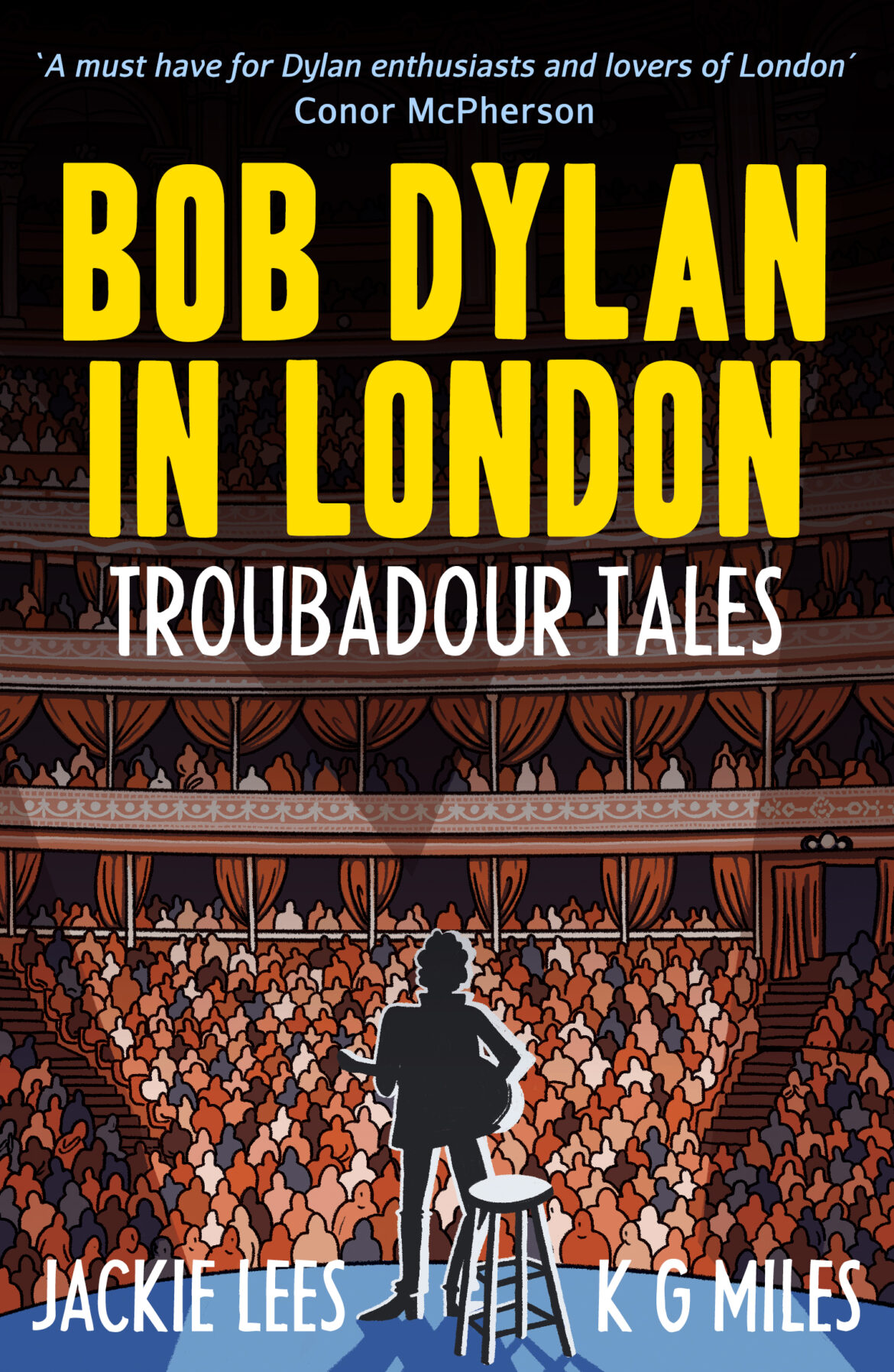 Come the 24th of May this year Columbia recording artist, former Nobel laureate and the man who, arguably, in the mid-60s almost single-handedly changed the course of contemporary music, will turn 80 years of age. As we approach the big day thousands upon thousands of yet more words will be written about Bob Dylan, his life, his times and his often remarkable achievements. And in this respect Bob Dylan in London: Troubadour Tales is absolutely no exception. It is, though, the very first book to map out the American’s long association with the capital of England, concentrating as it does on the period between December 1962 when he first arrived in London and July 1993 when he spent time in the Camden and Crouch End areas of the city. It is also the first book about Dylan in almost 40 years to be written by a female writer and only the second such publication ever. And in both of these regards Bob Dylan in London provides the reader with a refreshingly different perspective on, and understanding of the man born Robert Allen Zimmerman.

Suitably informed by extensive research and consequently rich in historical detail, Bob Dylan in London enables us to witness through the prism of Dylan’s many visits to the capital his artistic evolution from the peak-capped folkie of the early 1960s to the man who had long since acquired rock star status some 30 years later. In so doing the book also affords us an opportunity to see the changing face of London by using as our barometers the buildings in which Dylan both stayed and performed on the occasions of his visits.

We follow Dylan on his creative journey from his earliest performance in London in front of a roomful of people at the Troubadour coffee house in Earls Court to the huge arena shows he would play some 15 years later on a six-night run at the area’s 16,000-seater Exhibition Centre. We then travel beyond that point to this particular journey’s end in 1993 when Dylan was filmed wandering through the streets of Camden Town for what is still the absolutely wonderful promotional video that accompanies the song ‘Blood in Your Eyes.’

The book is at its best during the first half a dozen chapters which concentrate on Dylan’s trips to London in the 1960s. Here Bob Dylan in London evokes a very strong impression of both time and place and the excitement and energy of what it must have been like living through that period. It fares less well thereafter as the level of detailed observation dramatically falls off. From a personal point of view this is disappointing given I was living in London in 1978 and was one of the nearly quarter of a million people who headed to The Picnic at Blackbushe Aerodrome that July to see Dylan – who was on stage for more than three hours that night with a set list that included no less than 34 songs – Eric Clapton, Joan Armatrading and Graham Parker and the Rumour play.

But this is a relatively minor quibble as Bob Dylan in London: Troubadour Tales is ultimately an eminently readable addition to the vast library of books written about him. It connects Bob Dylan specifically to London and presents a fresh insight into him, the city and the intrinsic relationship that exists between the two and, as such, should appeal to both the converted and non-believer alike.

Bob Dylan in London: Troubadour Tales is published on 4th February 2021 by McNidder & Grace and can be purchased HERE