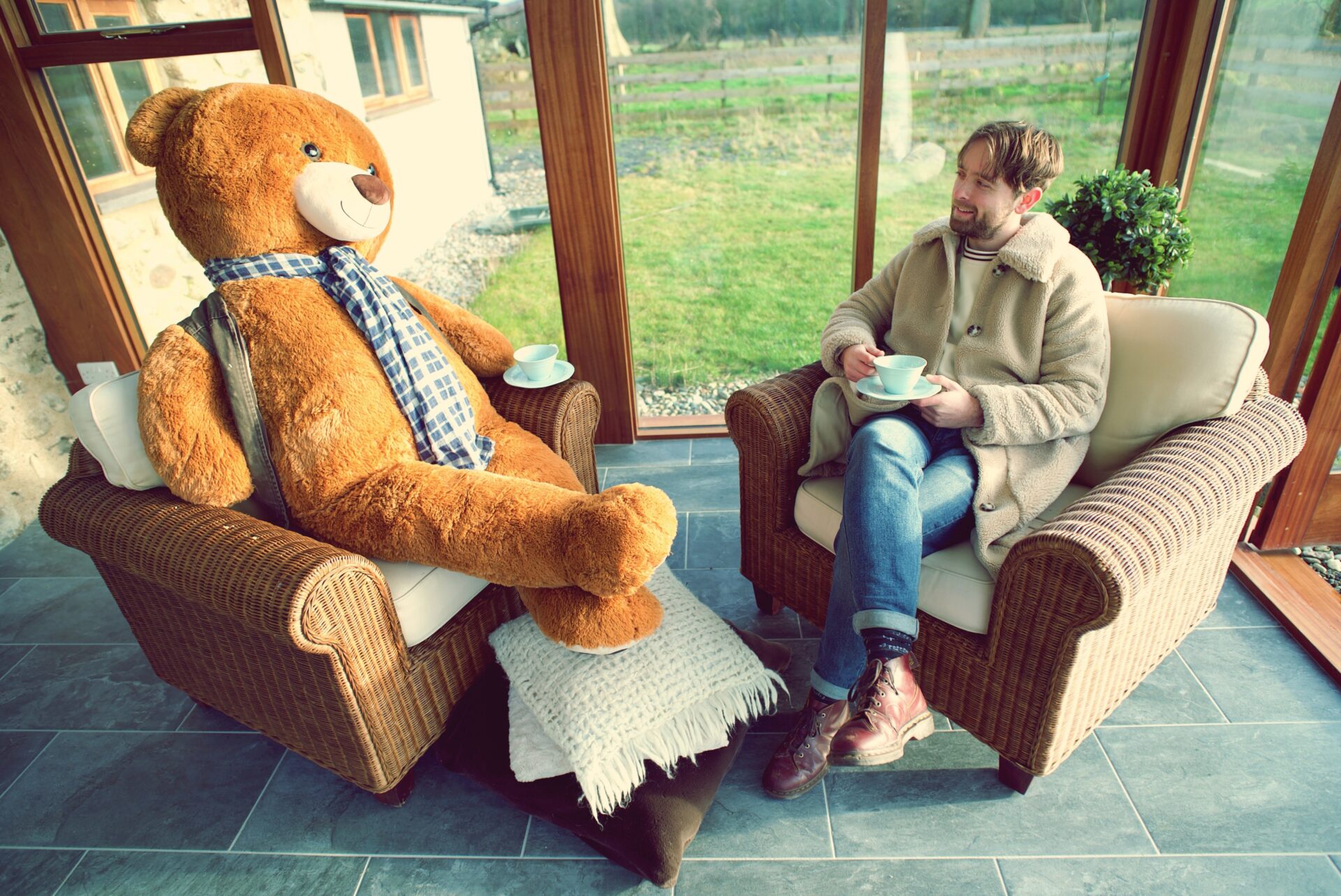 Today is the sixth Welsh Language Music Day, the annual event which celebrates and flags up Welsh music. Here at God Is In The TV  we’ve put together some special delights for you to read and listen to, absorb and enjoy.

We have this special edition of Cymru Cuts put together by our ever-growing team of writers who support Welsh music, and an interview with Meilir Tomos whose bilingual and very eclectic debut album In Tunes comes out in vinyl form at the end of March. Although you can enjoy it digitally and on major streaming platforms until then.

And last but not least, former Welsh Language Album of the Year winner Carwyn Ellis (with Bendith w/Plu) is special guest on our Show Me Magic podcast telling us about how the new Welsh-Brazilian Rio 18 record came to be made, and shares his fav ever Welsh language song.

Last year Liverpool was able to celebrate the day with Welsh Music Prize winners Adwaith who played a lunchtime show at the British Music Experience in the Cunard Building at the Pier Head. Now, of course, everything is virtual, but imagination is a wonderful thing and while we can always enjoy Welsh Language Music Day wherever we live or find ourselves, whether in Wales or outside of it, this year if anything emphasizes that we’re all free to be involved no matter the geographical location. Which is kinda nice.

Remember it is Bandcamp Friday today where the platform waives their usual fee, so why not treat yourself to some music and merchandise from Welsh artists? – Cath Holland

The Sywel Nyw project (pictured) is led by Lewys Wyn of Welsh band Yr Eira in which he aims to release a new single monthly, with a different collaborator. Each artist collaborating with Wyn is chosen for their special relationship to Welsh culture, and a unique way of expressing themselves through the language.

First single ‘Crio Tu Mewn/Crying Inside’ features Mark Roberts of Catatonia, who records under the name MR whose debut album Oesoedd was nominated for the Welsh Music Prize. Wyn describes Roberts as “One of the finest Welsh lyricists and songwriters of our time.”

Roberts was a member of 80s punk band Y Cyrff and later co-songwriter – alongside Cerys Matthews – and guitarist in Catatonia. He is currently a member of soul band The Earth with Dafydd Leuan and Cian Ciaran of Super Furry Animals. ‘Crio Tu Mewn’ is concerned with love and loss, the accompanying video charting the day of a lovelorn teddy bear.

Sywel Nyw will release a single each month on streaming platforms with the songs being released as a whole on 12” vinyl at the end of 2021 via Lwus-T.

Sheffield bilingual four-piece SISTER WIVES have brought out a new mix of this song taken from their debut EP Gweler Ein Gofid (translated as ‘See My Grief’) especially for #DyddMiwsigCymru this year. This stomping and hypnotic melody burrows into your soul with its tapestry of beat, shimmering vocals, and noisy guitar. The song focuses on a ramble of the haunted coastal path of Ynys Mon – an island off the north-west coast of Wales.

Perfectly evoking feelings of Welsh coastal surrounds, this song brings together the sea, the land, and the uncertainty of walking a feared path.  Gorgeous, evocative, and mesmerising. – Lucy Bennett

Horizons are releasing ‘Paradwys’ as a free download; a collaboration between soul-pop artist and producer Eadyth, Cait Johnsen from band Mawpit, and Ffion – a pop singer who works under the alias Foxxglove; two of the singers who despite being native Welsh speakers were recording in Welsh for the very first time. ‘Paradwys’ is a beguiling pop song that sews bubbling beats with glowing instrumental and runs over with infectious soulful harmonies that accentuate the beauty of the Welsh language.

Carwyn Ellis & Rio 18 have a new album, Mas released on February 26.  The second single from it ‘Lawr Yn Y Ddinas Fawr/Down In The Big City’ is just released, along with the news the band will be performing with the BBC National Orchestra of Wales in a special programme to be broadcast on BBC Radio Cymru at 10am on Sunday, March 21st.

Carwyn is a special guest on our Welsh Language Music Day special edition of the GIITTV podcast Show Me Magic, and you can hear it HERE. 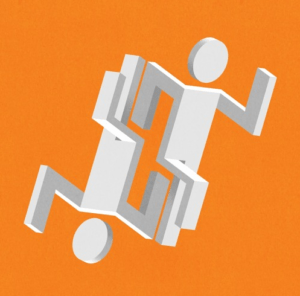 Doppelganger, also known as Cian Owen, is making his debut in the music industry at the age of 19 with his single, ‘IsoPHeX’.
Beginning with eerie samples of an organ piano and whispers of muffled platitudes, the single captures a spooky and haunting ambivalence.
Soon after, it jumps into a breakbeat, instantly lifting the mood and making it a recognisable dance track that will be sure to get people jigging. This 134-bpm track is perfect for building the atmosphere and filling the crowd. With fast transitions and differing tones, its energy progresses throughout, with a tribal solo perfectly weaved into the breakdown halfway through. Though short, its composition captures bold experimentation of music, defying all boundaries and making it so unique as a whole.
. – Megan Jamal
Listen to the track HERE. 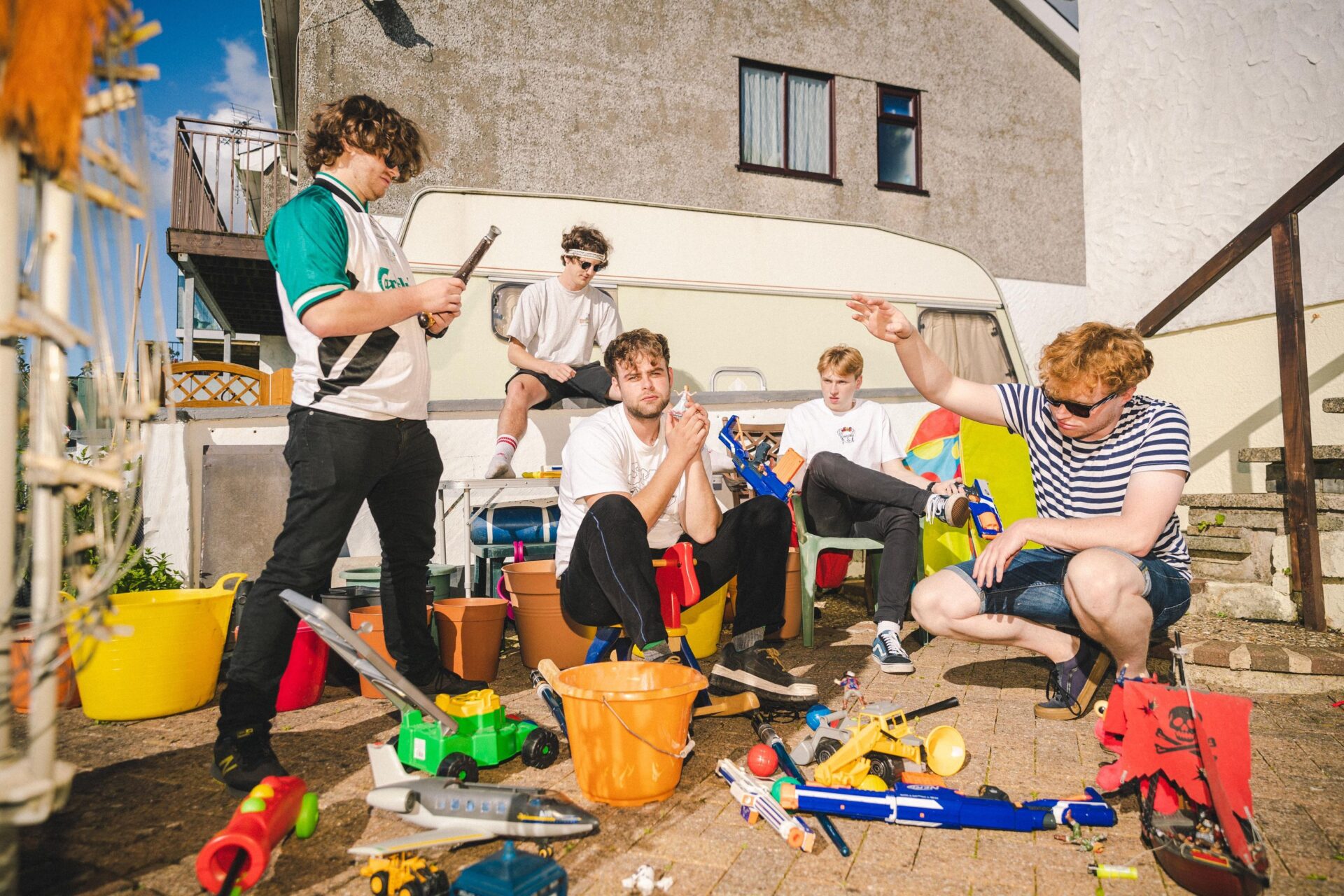 It’s laced with lysergic and hypnotic refrains, scruffy groove and looping strum, it is the sun setting on a joyous imaginary festival field, bathing the audience in a golden warm rays, the point where Velvet Underground meets early Flaming Lips for a midnight dip. Glorious. – Bill Cummings

Iwan from KIM HON has translated the words to ‘Bach o Flodyn’:

Put some flower in-between the paper to make us feel loose.

Meeting Jini May in town, you need a mortgage to by a pint in the Black.

Threatening not to check the time and just loosing track.

You didn’t remember to keep me twos so I bought a pack.

Put some flower in-between the paper to make us feel loose.

Meeting Jini May in town, you need a mortgage to buy a pint in the Black.

Threatening not to check the time and just loosing track.