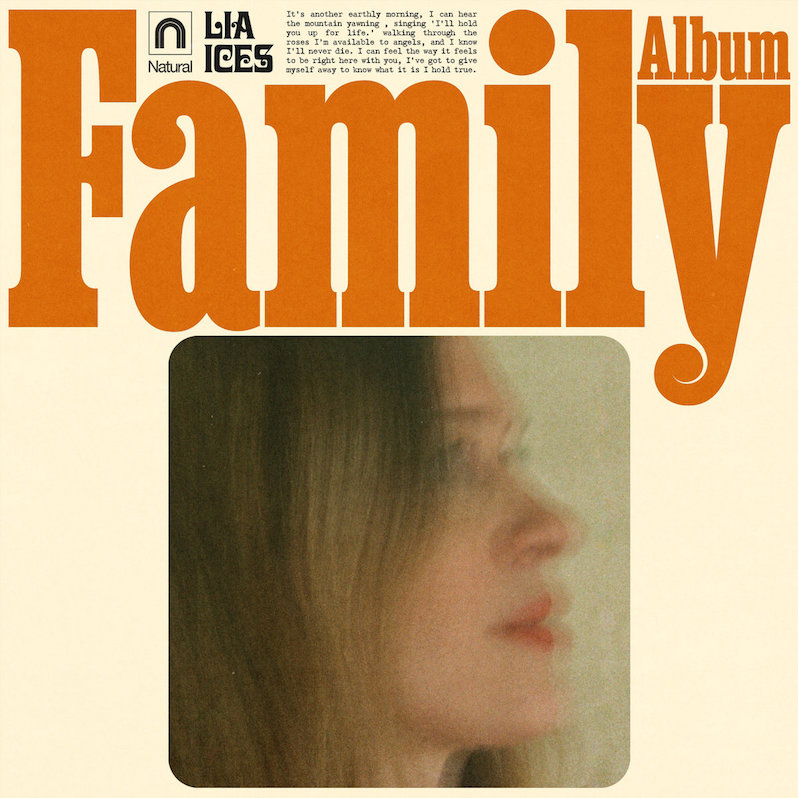 “It’s another earthly morning, I can hear the mountain yawning / Walking through the roses, I’m available to angels.” When and where a particular album is recorded can be, on many occasion, just of footnote importance. But in the case of the new fourth album of Chicago-born Lia Ices, it’s integral to the record’s narrative. It’s been seven years since Lia Ices’ last release – the slightly out-of-character Ices – and so much has changed in the musician’s life. The new LP Family Album was made during two key changes, firstly: the where. Ices moved from New York to a beautiful mountainous area in California. Specifically, Moon Mountain in the wine-making city of Sonoma. Ices would sit by her piano situated next to a rose orchard and get inspired by the nature around her.  In turn this created an interest in one of California’s most celebrated poets Robinson Jeffers, who was concerned about the environment. His inspiration and her new sense of freedom – which influenced her choice to start her own record label Natural Music – are attributed to the new location. The instantly charming ‘Young On The Mountain’ is all about this feeling.

Secondly: the when. Lia Ices gave birth to her daughter Una during the writing process. The stages of the early motherhood experience made her see life from a fresh new perspective. Along with the who with – the record was produced by the excellent Californian musician JR White (of the band Girls), who tragically passed away last November – Family Album is the sum of these important factors.

Nine symphonious songs with Lia Ices performing on the piano (harking back to her Necima album days) with an organic, effortless and Americana quality. Critics accused the musician of overproducing and layering too many effects on predecessor Ices, but Family Album has a good balance of simplicity and hazy production tampering, including on the delightfully Weyes Blood-reminiscent ‘Anywhere At All’. It’s a song about (in Lia Ices’ words) “how psychedelic it is to be a first time mother”. The clavinet-dominant track ‘Careful of Love’ continues the maternal story, as this is Lia Ices declaring the love she has for her daughter. Its distorted feedback ending exemplifies moments of surprising production details.

For those introduced to Lia Ices by way of the last album they will surprised to hear how beautiful and skilled her vocals are when less filtered, as heard on tracks such as the title track ‘Family Album’ and the breathtaking album finale ‘Our Time’. The latter track sounds both heavenly and shivering from the piano keys to the orchestra. This paired with romantic future-facing lyrics and a shoegaze background make this the perfect album ending, as it typifies both Family Album’s great production (JR White will be missed) and Lia Ices’ hopeful message that we can all restart our live with fresh new beginnings.