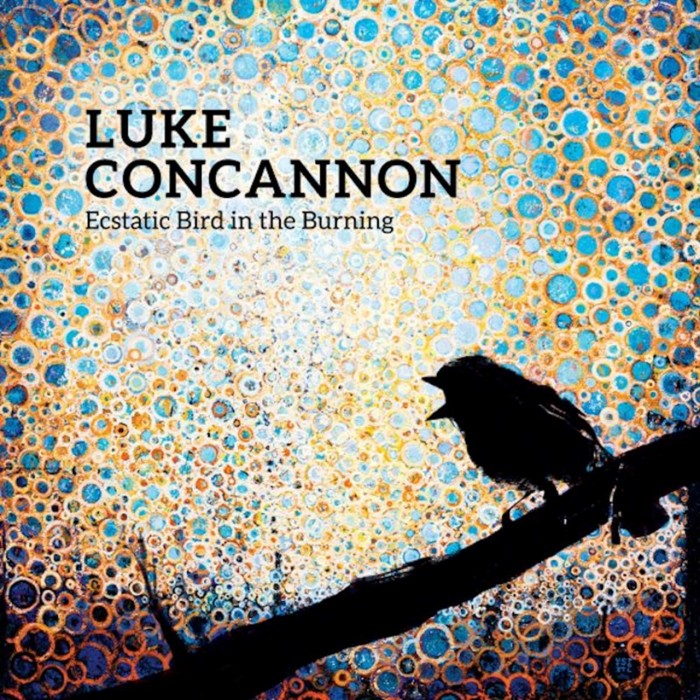 Where do I start with this artist from Royal Leamington Spa? A musician whose alt-folk band Nizlopi ceased to exist last year, choosing to go under his name Luke Concannon instead, resulting in this 10 track affair.

Well, you may be familiar with the phrase “a game of two halves”, usually used to describe the beautiful game, although when it comes to its use in terms of music, this is less common, if at all. But we’ll come back to that later.

Concannon’s album is filled with the spirit of the blues, from the heart of a country boy.
‘Absolument’ begins today’s menu, with glorious double bass slides introducing the number. After these, an ‘almost late for the session’ Luke appears to hurry to enter the recording, as he poses these questions: “Hey… are you ready to sing? Are you ready to swing?” then his backing singers join in: “Absolument!” comes their reply. It is just lovely the way the performers play off one another in the building of this song. I could quite imagine these playing at a venue like Ronnie Scott’s in Soho, although at the moment imagination is going to have to suffice. The number appears to be telling of life’s journey, in which the singer can be heard asking, “Are you ready to work on the land ’till it hurts? Are ready to dance, make it speak-up in France? Are you ready to change? Are you ready to swim? So drop your phone and begin. (Are you ready) to grow this family?, (Are you ready) to grow these veggies?” This continues in a similar uplifting tone and is so full of joyful content that the listener can’t fail to be filled with the same spirit.

One track down, and if the further 9 continue in a similar fashion, it will be a very good start to my weekend indeed. Onto ‘Your Heart is in My Chest’, this is where our country boy bleeds his heart out, while his blues backing continues to play support. That glorious double bass can be heard slapping those lower notes, while Luke plays out, rapping his words over the top, “to other relevant elements in the harmonic resonance, you are feeding me medicine, lodging without relevance, in this song it is in evidence / I’m crossing the blue sounds, your heart is in my chest.”

Concannon’s former outfit, Nizlopi, of course, is a noted folk/hip-hop duo with his friend and fellow musician John Parker, and their most famous number, ‘JCB Song’ reached number 1 in the UK and Ireland. With this knowledge, the audio construction of the album becomes a little clearer, as John can still be heard performing his double bass in earnest.

At track three, it’s worth making mention that the megastar that is Ed Sheeran noted Nizlopi as one of his influences (and indeed once worked as the duo’s guitar technician). Luke can be heard referencing this as he sings, “reading about Ed Sheeran, thinking I inspired him”“, and while it might be fleeting, in a number titled ‘Doing Nothing’ it’s clear that Ed’s seal of approval has gone a long way. A beautiful acoustic performance, so familiar to Sheeran’s compositions, is present here and plays into the following number ‘The Hummingbird (Kieron’s Jig)’. A tune with an Irish leaning, short on vocal, this plays with a gifted guitar, then into the swing of ‘Feel You in My Arms’, beginning with the words “Can you spare some change to help the homeless?” As double bass joins the composition, we witness the sad story of an abused soul: “just wish I could be clean and fresh”, Luke’s vocal intertwined with female harmonies. This number is incredibly emotional, so as the folk led ‘It Won’t Wait’ hums into the presentation, it acts as a respite. His ingenious use of hip-hop vocal raises the stakes, as his earlier vocal of a folk tone morphs into rap.

I can see why Sheeran would quote this artist’s work as an inspiration – in the following number he uses the blitz on Coventry during WWII as a point of reference, allowing the song ‘Coventry’ to breathe. This is just wonderful, “It’s like Coventry, like Coventry in 1940, incendiaries rain fire on our city”, conjuring memories of those times many would be unable to recall and yet it is illustrated so clearly. Through the acapella of ‘Denial’ to ‘Grow Wild’, these are numbers with a Celtic heart.

Into the album’s final number then, and ‘Join the Liberation’ contains what appears to be Concannon’s acoustic guitar riding over delightful bass tones, before his narrative strikes in, “You’re in a terrible fix, this world is burning, while it all falls to bits, there is such a deep yearning“. This seems almost an apology to Mother Earth, but then he goes on to bring in issues of the hungry and the homeless, of war that still ravage part of our world, while tackling the government at the same time. Something would suggest that this was written in 2020, looking forward to its closing months. “There is an election now, that calls us to wake up, we can choose kindness and dignity, or the same old insanity…”

An election that was followed by news of Covid, and Luke tries to remain optimistic: “there is an answer, there is an end, the world waits for your laughter, I just want to be your friend. Stop bombing us, stop stabbing us, join the liberation.”

Here you see Luke standing as the activist, speaking out against the nation’s inability to tackle these issues. His part is as a megaphone, never a preacher. This is a fitting close to an album which, as you will recall, I first saw as one of two halves, although I can now see that it was far more complex than that.

As the world eventually comes out of lockdown, Luke Concannon will be an interesting story to follow, his live performance in particular, maybe at Ronnie Scott’s. When we’re allowed to return to this form of performance, Luke’s Ecstatic Bird in the Burning will be there waiting for us, but for now why not sample this in your own listening space, with no rush and only the neighbours to think about?