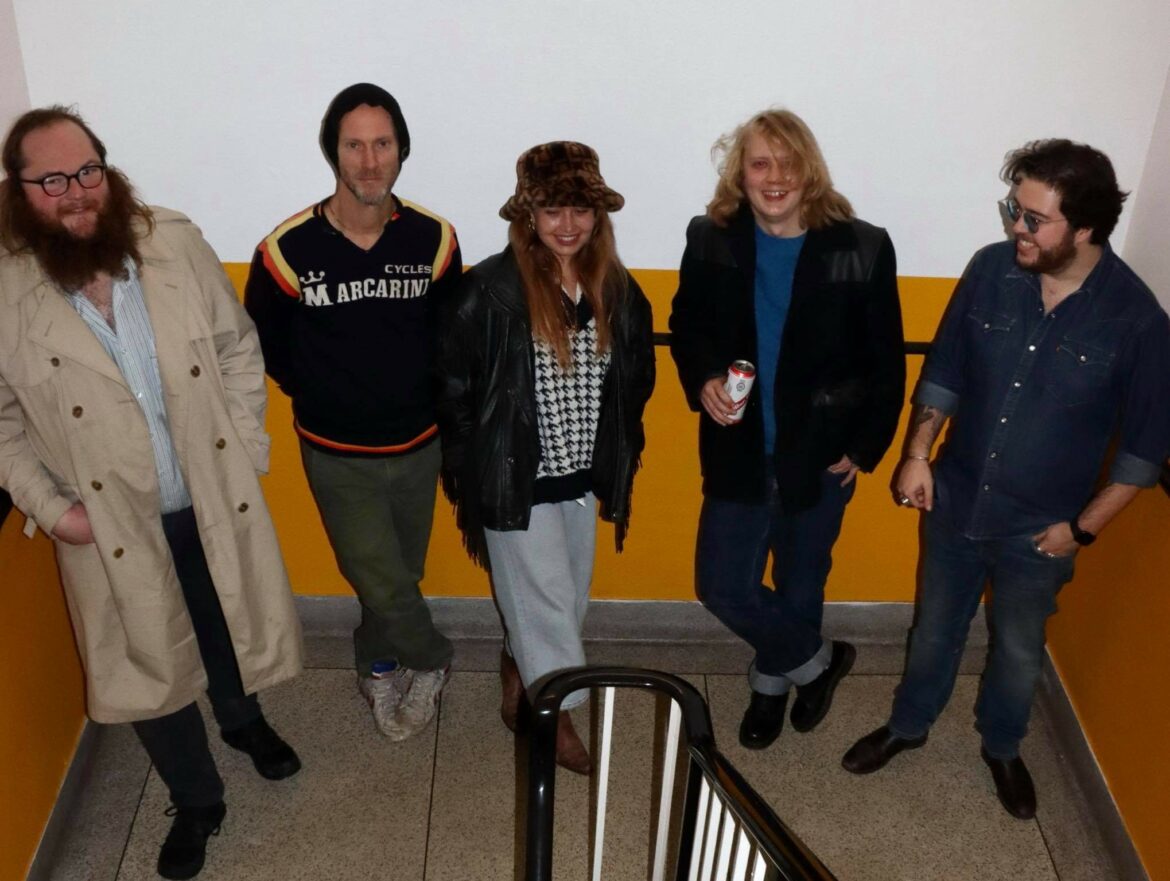 Forever roots-centric, South London-based Sasha & The Shades cut through lockdown amorphousness Excalibur-like with a sincere opportunity to share their new single, the wryly-ominous Smiles, ahead of the release of their new Grin & Bare It EP later this spring. The genesis of ‘Smiles’ got going during a string of London shows before lockdown struck.

The sessions mark an excursion into new musical territory for the now-five piece, who worked with producer Sean Woodlock for the first time on the material, recorded at Hackney Road Studios and the live room at Goldsmiths College, South London and mastered by Noel Summerville (White Stripes, Abbey Rd).

The new Sasha & The Shades sound is more stripped back and acoustic-centric, and has a new distinctive approach to the vocals by Sasha Adamczewski and Eli-Rose J Sanford. Previously, their songs were often led by either Adamczewski or Eli-Rose, the new dynamic sees the pair acting in detailed and carefully choreographed vocal harmony.

Smiles deals with the dilemma of keeping up appearances and maintaining ‘face’ when inside your emotions are raging – particularly when dealing with ‘band politics’. “It’s something I’m good at,” Sasha tells us, “but that doesn’t mean I don’t feel the hurt and the frustration.”

The self-released single is out on February 19. The full EP on March 26. This includes five tracks in digital form with added live goodies on a proposed vinyl version.