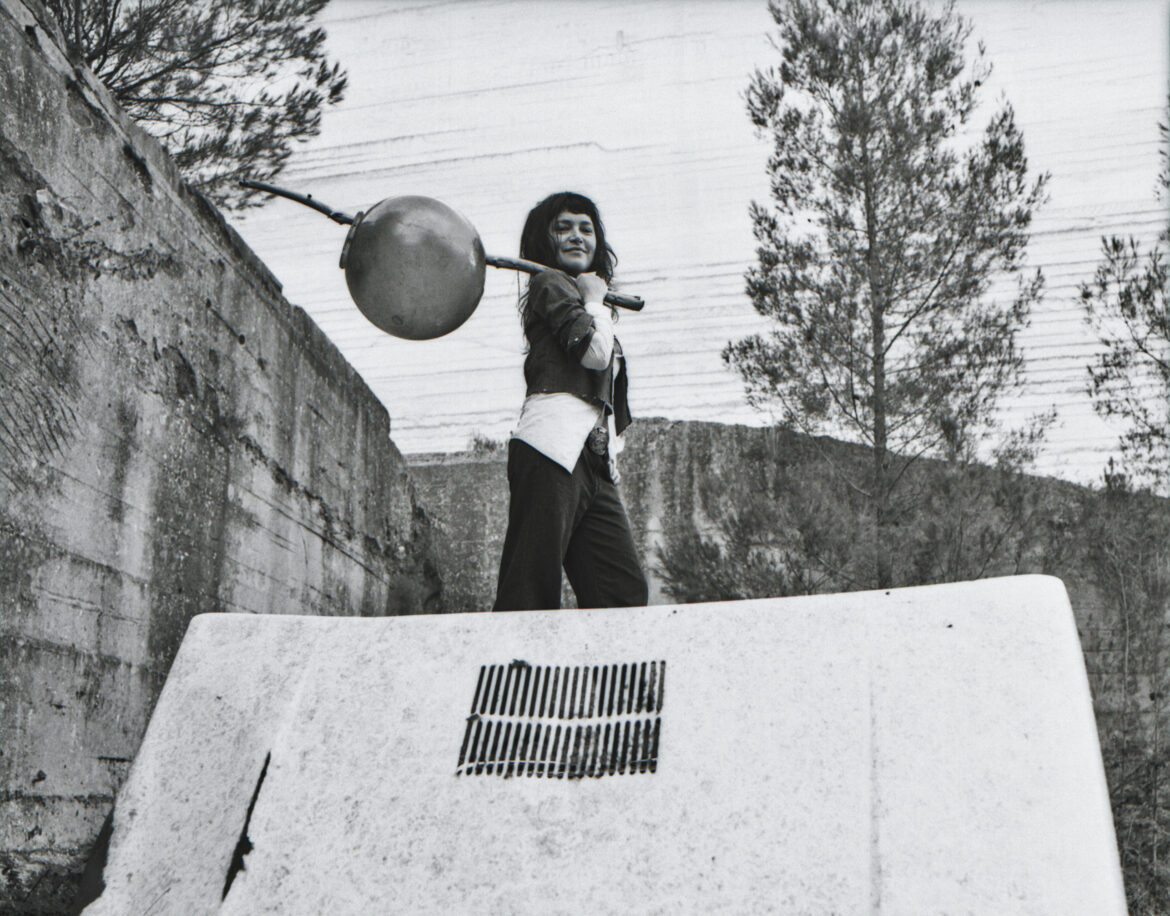 Today, Marianne Dissard fields our twenty questions. She tells us about her exploits, her journey to Arizona to Ramsgate and how she coined the Desert Noir phrase, to accompany her own style of French Chanteuse meets Americana, a kind of daring mix of film noir paired with a sultry delivery, and how this style evolved from performing with bands from Giant Sand to Calexico in Tucson, Arizona.

Have a listen to her sultry and radical overhaul of the 50s classic, ‘Come On, Let’s Go!,’ by Ritchie Valens, remade to her own unique ‘desert noir’ vision and slowed down to reflect the heat of the Tucson desert sun. The French chanteuse tells us about the inspirations behind the imagining of works from the greats; Bobby Gentry, Steely Dan, Scott Walker to much more and how her book launch turned into an eccentric and provocative piece of performance art.

Hi Marianne, how are you?

Pretty good, considering. Are we still in 2020?

Where are you based right now?

That’s a tough question. Some of my friends aren’t even in on that secret. I didn’t tell anyone in   Ramsgate I was coming back three months ago. They all thought I was still in Arizona, in Tucson where I got stuck in March when my UK touring got snuffed.

How are you surviving lockdown part 3?

Is it still Part 3? I can’t keep up. Well, I did miss Part 1 and partially Part 2, so this is just 1.5 for me. We never had a lockdown in Arizona. The governor of the state is a Trump lackey and it is still the Wild West for some fools.

You’ve come a long way, from Paris, to Arizona and eventually Ramsgate? Tell us about that journey and how it has influenced you?

Actually, I skipped Paris altogether. I was from a tiny village in the south of France and the first time I ‘saw’ Paris was at the age of 16 when I flew over the city to connect to my international flight to my new home in America. I ended up spending twenty-years in the States, then thought it would be wise to return to Europe . . . and ended up in Ramsgate, which wasn’t quite Europe anymore in 2017 when I moved here. I had a notion I should like to live on a boat, and the boat was moored in Ramsgate. 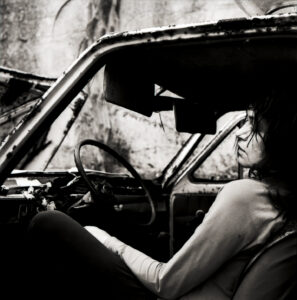 Tell us about the genre, Desert Noir?

Sounds French, doesn’t it? Noir for all that’s dramatic, cinematic, tragic in my music. As for desert, well, Tucson is in the Sonora Desert of the American Southwest and some music writers (German, probably) coined the term ‘desert rock’ for heritage Tucson bands like Giant Sand and Calexico, certainly my early sphere of influence. The term ‘desert noir’ though misses one or two things about my work in that it plays effortlessly with contradictions: tender, yet abrasive; melodramatic, but vulnerable; comical and heart-breaking. Maybe I should add ‘desert noir fatale’

Tell us more about your interpretation of the new track, ‘Come On, Lets Go,’? Why Ritchie Valens?

I slowed it down. A lot. The original is a 2-minute rockabilly fantasy of teenage lust. I’m not a teenager, I’m a woman and I thought I’d rather take my time expressing my own desire. So my version of the song clocks in at 4 minutes. . . it was a very hot summer in Tucson, I couldn’t really record it any faster.

Terry Edwards preforms on the track, how did you meet?

Let me count the ways! Terry and I have many friends in common who thought we should meet but, as these things go, that never happened until I was in London one evening at one of the monthly Scaledown soirées (a music and performance series that has been running for ten or twenty years at the King and Queen Pub in Fitzrovia). I don’t know. We just hit it off. Terry plays on three of the cover songs I recorded this past year. He’s amazing.

We hear you have more tracks in the pipeline, who else will we hear re-imagined in the debut album?

Well, we started with Phil Ochs, Janis Ian, Steely Dan, Bobbie Gentry, and now, with this ‘Come On, Let’s Go’, Ritchie Valens. Next up is Scott Walker, Richard Harris, War, Adriano Celentano, Spanky and Our Gang, Carly Simon. I think that’s it. Maybe Linda Rondstadt, the Tucson homegirl, if I get around to her song.

How did the new project come about?

I met Raphael Mann, an English musician and producer, when I moved to Ramsgate. We hit it off (too) and started recording in late 2019. I was going to go on tour most of 2020 but, of course, that didn’t happen so we just decided to fast-track these cover songs. Maybe I should say, we decided to life-raft these songs. I think I would have gone crazy if we hadn’t jumped on doing these recordings back in March.

Why did you choose these tracks in particular?

Tough question. It’s a mix of intuition, luck, and deduction. And false starts. I have to feel that I can add something to the song. Most of these singers I cover are actually some of the hardest ones to tackle. I have to take the back-alley approach to their work. I mean, you got to be a bit foolish to attempt to cover Scott Walker. Or Carly Simon. She’s devilish. Oh, and Bobbie Gentry!? Forget it.

As well as a singer and performer, we hear that you are also a writer?

I had a story to tell and sort of snuck it in the lyrics of my third album but so well-hidden that no one listening to the album knew that I was speaking (in French, duh) of depression, eating disorders, suicidal thoughts, addiction, and all sorts of really happy things. So I figured I’d make myself heard, in English this time with a brutally-honest memoir of my decades-long struggles with mental, physical, and emotional health. The life of a touring musician . . . Now I’m writing a novel, fiction. That’s a lot more fun.

You turned your recent publication into a performance, how did that work?

I tried different approaches. I adapted it as a two-person show with a friend but the version that ended up sticking was a solo multimedia performance where I read from the book on stage with minimal stage effects and props, some music videos, and a video piece by a friend, Julia Alcamo, who did a fantastic short film about anorexia and bulimia, the first piece I’ve seen that really makes you feel the anguish and physical pain of these conditions.

You have many talents from writer, singer and performer, tell us which comes first?

It depends on the hour of the day. I’m not kidding. And the desk I’m on.  As I write this, I’m at the music desk in my living room. In the morning, I’ll work from my bed (lockdown-style for the lucky) on the novel. The only performing I’ve done this winter is my street photo project, a daily record of life on the streets of Ramsgate. That’s a performance, I’d say, to be discreet, invisible, not too close and not too far from people.

Where do you get your inspirations and influences?

I’m in someone’s dreams, and I dream of someone. They are not the same people. They both inspire me. One is a writer, the other a musician. I just handle the performance aspect of that triad.

Tell us about the process in your work? What motivates you?

Fear, I’d say. That I’ve wasted too much time when I was sick. That I started too late. That I got there too early. That I’m not good enough. That I’ll never figure out who I am and do all that I can do. That motivates me. And kindness too. I like doing my music with people, I like it to be an exchange, a true collaboration. The writing is different. I can go at it alone, and best. And I’ll do it if I have a story to tell that no one has conceived of before.

What brings it all together?

Does it ever? It’s always, all of this, this . . . construction, this castle of cards, is never quite ‘together’.

Tell us about other collaborations, artists and bands you have worked with?

Last year? Lunatraktors from Margate. Love these two birds and their music. Raphael Mann, together on this covers album. In Tucson, many musicians I’ve worked with from the start when I first got on a stage with Calexico in 1999. So there’s the Tucson sphere, and the Minneapolis collaborators, and in Seattle, and then Paris, and in Berlin, Italy also, oh and The Inspector Cluzo in the French Southwest, my favorite rock farmers (for real, they raise geese and make foie gras when they don’t tour the world). Filmmakers too, in LA mostly. I should reframe your question to get out of trouble: what artist was my favorite collaboration?  And then, I’d respond: I can’t tell you that. I loved them all.

Lunatraktors. They have an album out on May 1st called ‘The Missing Star’—they’re really angry that we left the EU.

Get our album of covers out in July. On my producer’s birthday. And have that damn novel finished. It’s time.

Tell us where can people find you

Home. And all socials under my name. Bandcamp too. I like Bandcamp. Could never quite figure out Spotify though.