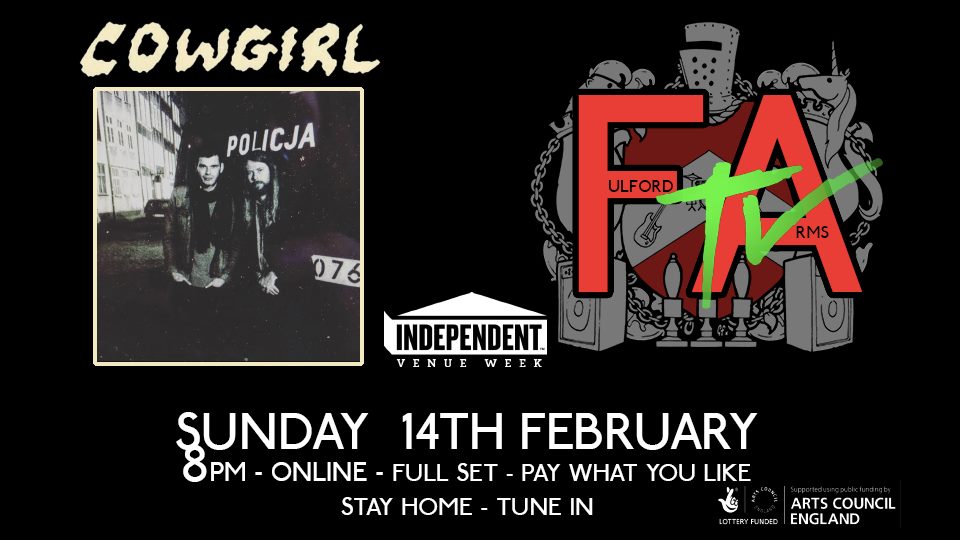 In anticipation of its eighth annual outing this year’s Independent Venue Week (IVW) had already assumed its regular position at the end of January. But for reasons dictated to it by the ongoing Covid-19 pandemic, and in order to safeguard the health and safety of the community it serves, the 2021 celebration of local music venues in this country would have to be entirely digital. Nonetheless the organisers had still put together a pretty impressive schedule of more than 140 virtual events dotted right across the United Kingdom and including scores of streamed performances, plus panel discussions and quizzes.

The schedule, though, was thrown into disarray when on the third day of IVW with quite incredible timing and in the absence of any consultation whatsoever with the Music Venue Trust – or any other grassroots representative body for that matter – the Performing Right Society (PRS) for Music suddenly announced the introduction of a crippling fixed tariff for small scale on-line streamed events.

In a show of tremendous solidarity many of the relevant venues and artists quite rightly took a united stand against the PRS announcement and promptly postponed a number of the shows that had been planned for the rest of the week. Whilst PRS quickly withdrew the proposed tariff – in response to the widespread outrage expressed across the music industry rather than through any dialogue with relevant parties – one of the shows that had been cancelled was Cowgirl at the Fulford Arms in York which was originally slated for the last night of IVW. Recorded in December of last year in the otherwise empty grassroots live music venue and under strict COVID-secure guidelines, the event eventually went out at 8pm on Valentine’s Day. 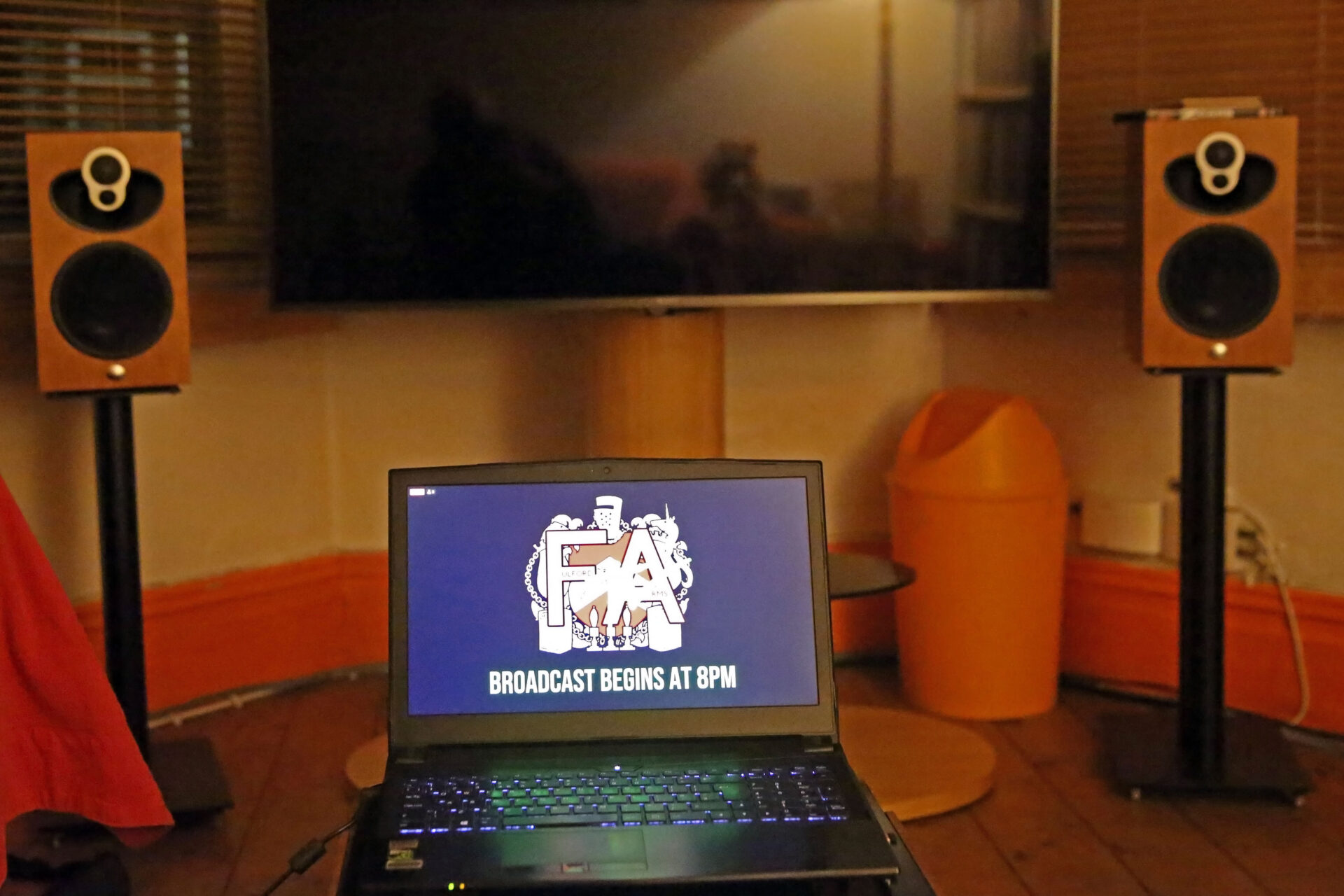 I had first come across Cowgirl nearly four years ago on the occasion of what was the band’s first ever gig – supporting the Dutch singer-songwriter Amber Arcades in the Basement in York – and at a time when people could actually go and see live music in person. There may have been no audience present for the recording of tonight’s show but at least one thing had not changed from that occasion back in March 2017 when I had first seen Cowgirl. The four-piece band from York has clearly lost absolutely none of their fierce melodic intensity in the interim period.

Over the past four years Cowgirl have recorded enough material to populate something like four full albums, none of which have sadly yet to make the light of day. Tonight they distil that welter of tunes down to nine in total and such is their overall quality there isn’t even space in that number for their last single, ‘Caroline’. There is enough room for its equally wonderful predecessor ‘Only Lasts A Moment’ which positively glistens in its otherwise austere environment tonight. 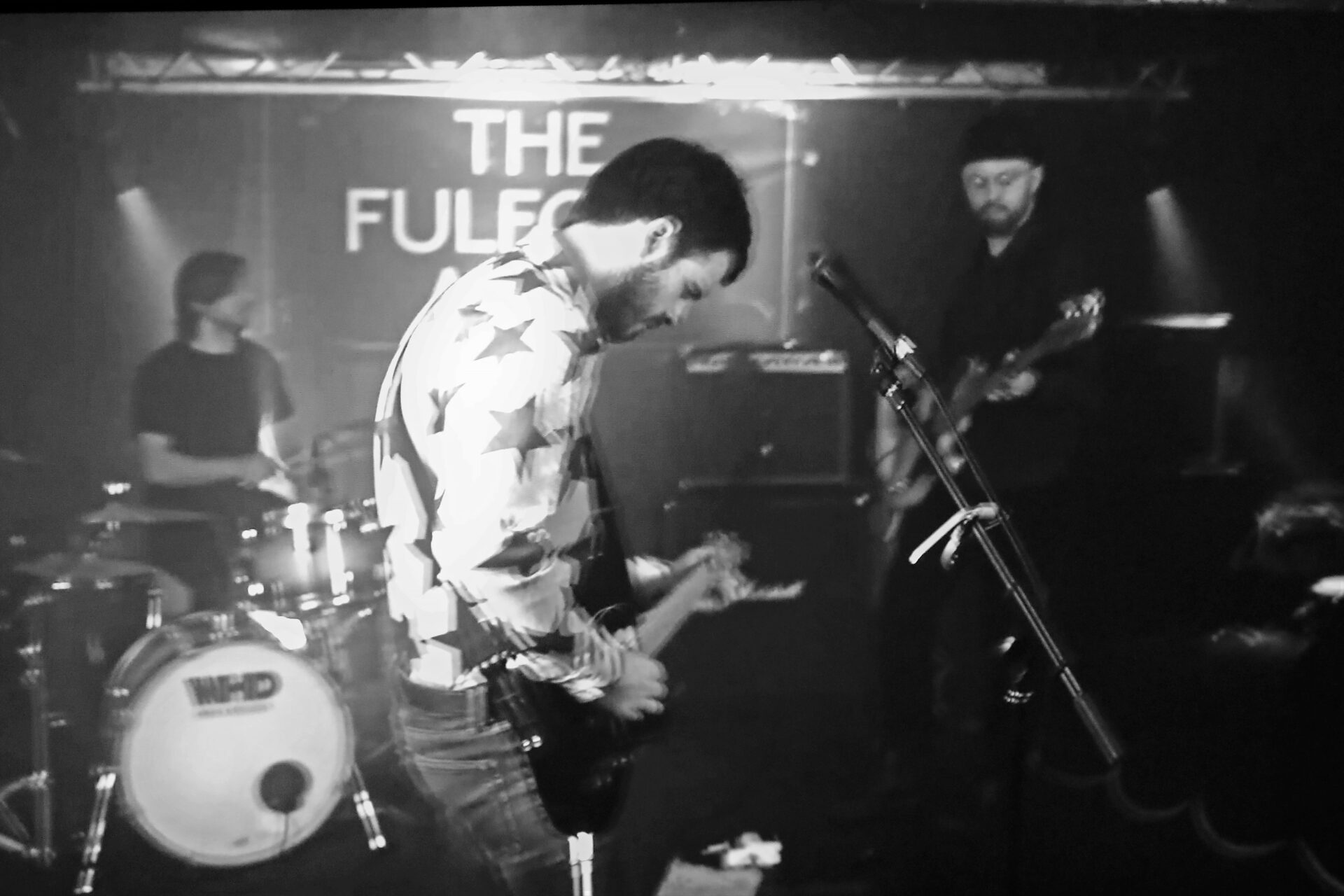 As the band’s two guitarists and principal songwriters Sam Coates and Danny Barton alternate lead vocals, other songs making the final cut include the strangely liberating ‘Without You’ – third song in and by which time Cowgirl are really into their groove – the instantly uplifting garage driven ‘Is What It Is’ and the incendiary eloquence of closing number ‘I Thought You Should Know’. It all makes for a rather excellent way to spend a Sunday evening and great credit you should go to those good people whose time, trouble and expertise made it all happen in what are undoubtedly extremely challenging circumstances.

More such photos can be found HERE