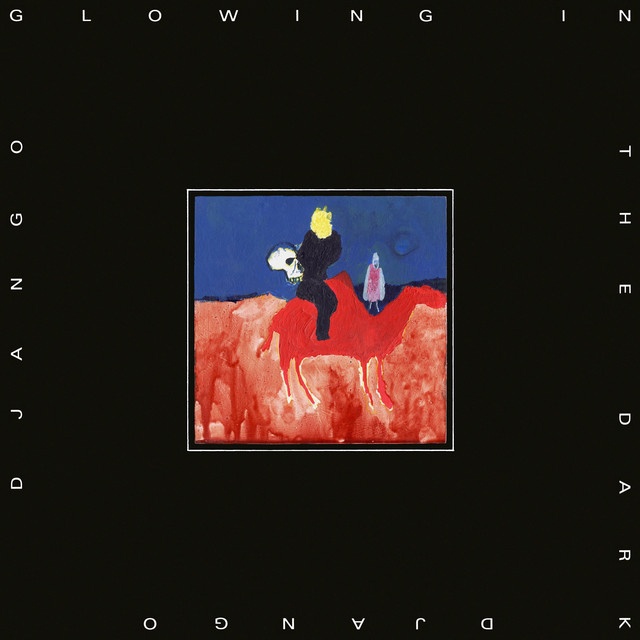 It’s somewhat surprising to realise that Django Django have been going for over ten years already. Indeed, the band’s self titled debut album itself came out in 2012; three years after their formation. It really doesn’t seem that long.

That eponymous record was a thing of beauty really, all glitchy loops and psychedelic grooves that appeared to have been built from a love of world music.

Glowing In The Dark is their fourth long player, and it might just be their most commercial release yet. ‘Waking Up‘ for example has the dreamy early morning feel (quite apt, given its title, I guess) of Prefab Sprout‘s best work, while the wonderful ‘Kick The Devil Out‘ comes across like The Beta Band if Of Montreal‘s Kevin Barnes was head of arrangements.

It’s not immediately apparent that Glowing In The Dark is going to be such a masterclass in infectious songwriting though. When recent single ‘Spirals‘ kicks in as the album’s opener, it puts you in mind of Chariots Of Fire‘s soundtrack, as bleak and moody sounding as Vangelis‘s minimalist synth motifs. After about a minute though, it turns into a thrilling electro-rock number that I like to think The Beach Boys would sound like now if they were still properly active.

Some of Django Django’s best work is when they hit us with the atmospheric stuff, and instrumental ‘The Ark‘ is representative of this, as you feel like you’re right there with the dinosaurs. And yes, I am aware that my historical timing is well out, for a song with such a title, before you yell at me.

Title track ‘Glowing In The Dark‘ has shades of Basement Jaxx about it and is ridiculously catchy, while curtain closer ‘Asking For More‘ recalls the classic songwriters of the 1970s, perhaps most notably 10cc, with its memorable ‘We gotta go‘ refrain and nods to Kraftwerk in its outro.

It’s three years since Django Django released their third album, Marble Skies, a decent album in its own right, but I’m delighted to say that the band seems to have used the interim time to craft a set of songs that sees them right on the top of their game. Great stuff.

Glowing In The Dark is out now on Because Music.