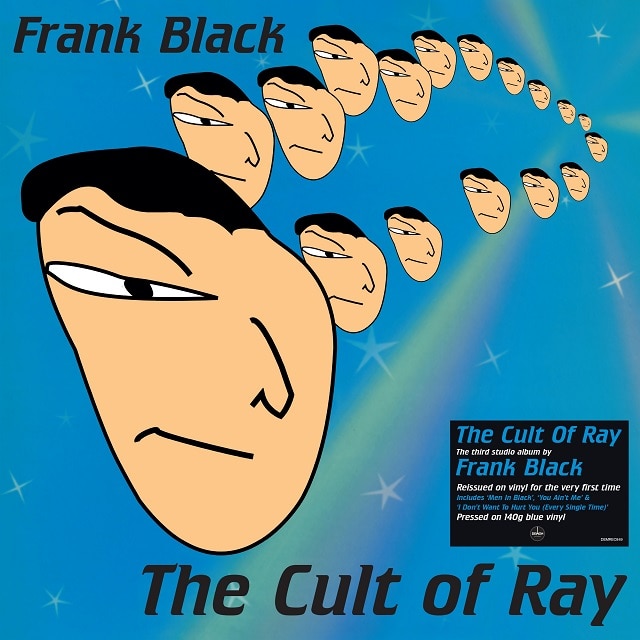 When the barometer against which it will always be measured is that of the first four Pixies’ albums, it perhaps comes as no little surprise that Frank Black’s subsequent solo career will always suffer by way of comparison. Those records – from 1988’s Surfer Rosa to Trompe Le Monde a little over three and a half years later – made Pixies one of if not the most important and influential guitar bands of that era. And one of the absolute indie/alternative rock figureheads of that generation surely had to be the band’s frontman and principal songwriter, Black Francis.

In early 1993, though, came the announcement that Pixies had broken up. Overnight Black Francis became Frank Black and his eponymous debut solo album was released within a matter of weeks. Over the next 18 years, he alternated between the two personas – not to mention a five year period in the interim spent operating as Frank Black and the Catholics – and released a whole raft of solo records under those names. A dozen of those albums are now being reissued on vinyl through Demon Records.

The first to be reissued was Frank Black’s Christmass (originally released in 2006) which appeared in December of last year. His 1996 album The Cult of Ray and B-sides and outtakes compilation OddBalls (from 2000) – the only two of the twelve to have previously seen the light of day in a vinyl format – will be next to come out, both on the 19th of February. The remaining nine albums will then follow suit throughout this year culminating at the end of November with Black Francis’s NonStopErotik and Paley & Francis.

His third solo album The Cult of Ray affords us an early opportunity to start the process of re-evaluating whether or not history has been unduly unkind to Frank Black’s (and Black Francis’s) solo recording career. Writing in the NME at the time of its initial release, Johnny Cigarettes opined “Ultimately, The Cult Of Ray is utterly inessential to anyone’s life, least of all, you suspect, the man who wrote it.” He gave it a desultory four stars out of ten.

Listening to the record again almost a quarter of a century later I would have to conclude that Mr Cigarettes was well wide of the mark in his estimation.  Featuring Lyle Workman on lead guitar alongside bassist David McCaffrey and Scott Boutier on drums (who would go on to form the first incarnation of The Catholics), on The Cult of Ray Frank Blank eschewed previous production processes for a live recording approach with only a few overdubs. In so doing, he retained much of the power, and in a number of the songs the vision, surrealism and unpredictability associated with those early Pixies’ albums.

With its title referencing the American Sci-Fi writer Ray Bradbury and the album cover illustrating a fleet of spaceship caricatures, Frank Black’s obsession with the twilight zone is still firmly intact, something ‘Men In Black’ reinforces. And whilst there may not be that constant feeling of otherworldliness you get from listening to the first four Pixies’ records there is more than enough going on here to spark the interest of even the most casual listener.

Lyle Workman peels off a stunning solo on ‘Jesus Was Right’ elevating the song way above and beyond another FM-friendly rocker. On the glorious ballad ‘I Don’t Want To Hurt You (Every Single Time)’ Frank Black breathes in the country air, something he was to do to even more extensive effect on his 2005 album Honeycomb. The album’s two instrumentals – ‘Mosh, Don’t Pass the Guy’ and ‘The Adventure and the Resolution’ – won’t amount to a hill of beans when totting up the sum of Black’s songwriting parts, but on its title track, his voice remains as unique as it ever was and the record’s closer ‘The Last Stand of Shazeb Andleeb’ is a genuinely moving account of a student at Narbonne High School in Harbor City, California who was beaten and stomped to death in May 1995.