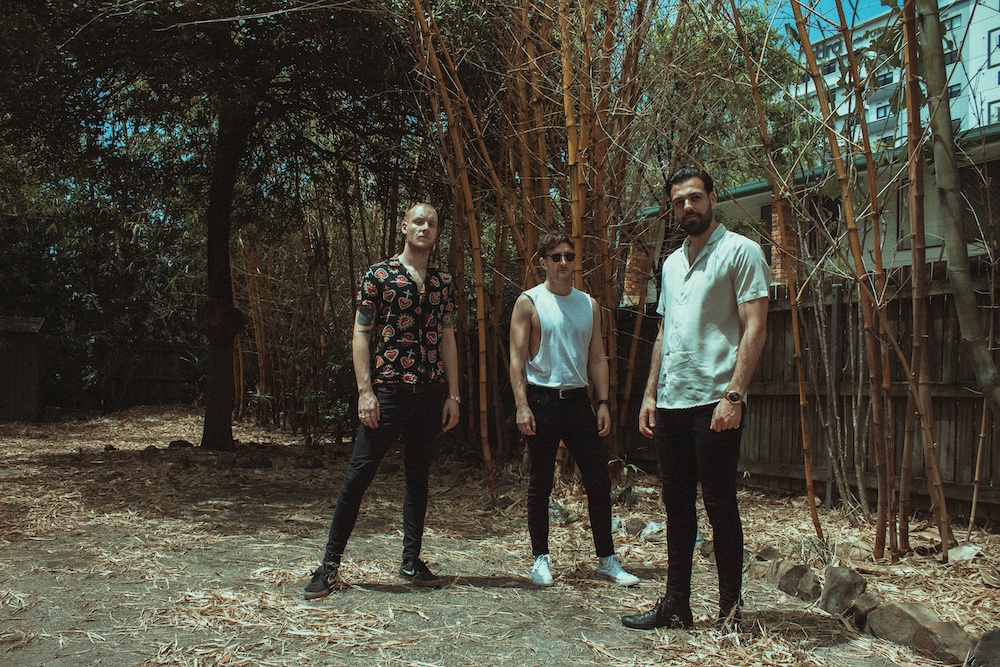 Having kicked off their year by dropping EP 303 last month, Brixton Alley have regularly being compared to the likes of Jamie T and Mike Skinner thanks to their fun, fearless flair, expressed both lyrically and visually through their music. Riding high on this new wave of success, the trio have now released their latest single ‘This Party Sucks’ and GIITV are proud to premiere its video.

Asked about the song itself, the trio explain: “‘This Party Sucks’ was born out of a year spent mostly in lockdown in Melbourne, Australia. The song title is a nod to the fact that 2020 was like being stuck at a rubbish party that you don’t want to be at.

As for the song itself, it also has a deeper social commentary running through it. The idea that a lot of people conform to certain styles and ways of life and if you don’t fit in then life can be tough. The protagonist is at a party where they feel just like this – out of the loop and as if they don’t fit in. But then they see someone… drinking champagne, wearing Dr Martens, clearly standing out from the crowd and they realise they’re not alone and actually, being yourself is what really matters.”

Regarding the visuals, they go on to add that: “The video itself is just something fun that we really wanted to create. We have all spent so long cooped up under restrictions that we really wanted to explore the freedoms Australia has to offer. We headed up to an incredible beach in Noosa, Queensland and just had a load of fun shooting the video. We shot the whole thing in reverse, with us walking backwards down the beach, then had it played back to get the effects you see. The song is quite high energy and upbeat and we wanted a video that captured that.”