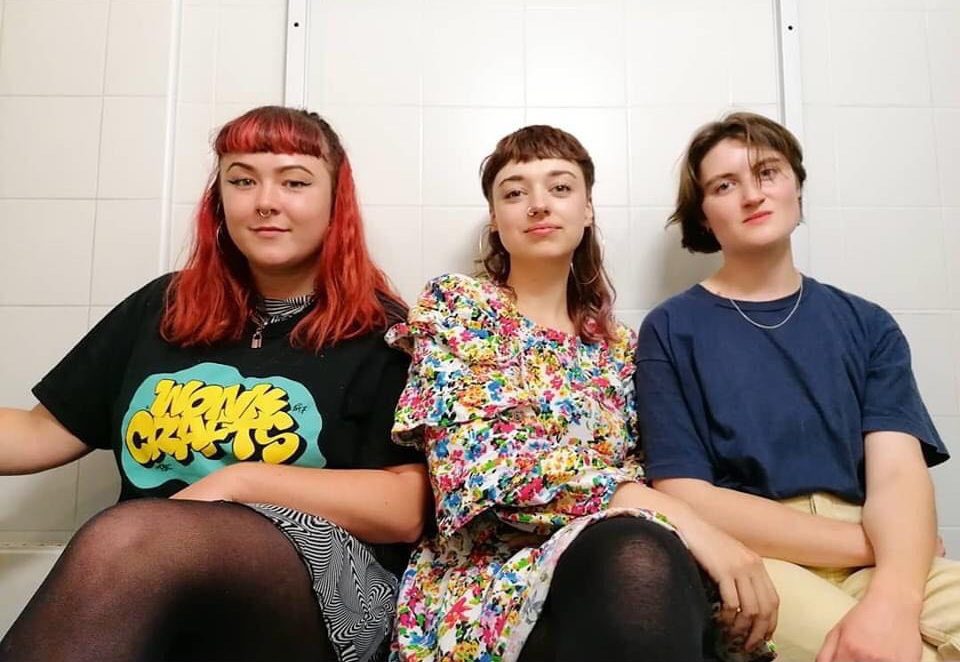 Today sees the launch of an international partnership between the Welsh National Eisteddfod and the SUNS Europe Festival – the European Festival of Performing Arts in European Minority Languages. Highlighting and celebrating music defying linguistic borders, the first project sees Welsh band Adwaith collaborate with Friulian musician Massimo Silverio, who writes and sings in the indigenous language of Friuli, northern Italy.

They record versions of Massimo’s song ‘Nijo‘, which means ‘nowhere’. When writing the lyrics, he thought of all the feelings, words and language which ultimately reach ‘nijo’. Adwaith performance at SUNS Europe in Udine, Friuli four years ago proved to be the beginning of the band’s connection to the inspirational festival, its artistic community and SUNS’ ethos.

‘The creative collaboration spilled over into two versions, one fully in Welsh, on which Hollie is at her most vulnerable lyrically and vocally and a bilingual version. This version is a journey through different heritage, cultures and languages, yet sharing the same destination and goal – to connect and reach each other’s hearts in a way only music can,’ said their label Libertino.

‘Yn Y Sŵn‘ has Massimo’s lightness of touch, pretty acoustic guitar and mournful cello on the right side of melancholy, Adwaith vocalist Hollie Singer restrained and vulnerable but leading the way, in quiet authority. The familiar guitar and slow build reminding us it’s still very much them, identity firmly stamped.

‘As a band, we feel very blessed to have a working relationship with SUNS Europe, a festival that celebrates minority languages. They have given us the opportunity to meet and perform with people from all over the world,’ said Hollie. ‘Collaborating on this  Welsh/Friulian track with Massimo during this pandemic has been really exciting, this piece of music has brought us together during these times (despite us being thousands of miles apart). Thank you to SUNS, Eisteddfod and Libertino for making it happen.’

God Is In The TV is proud to host the premiere of the videos of both songs, made by filmmaker Johnny Reed.